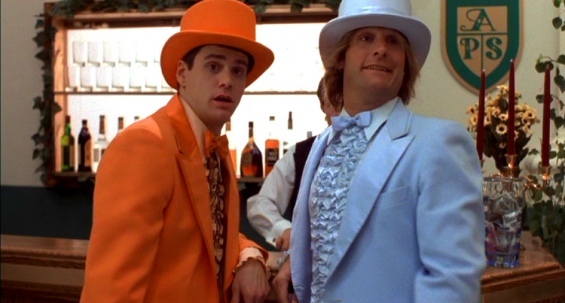 Dumb and Dumber 2 staring Jim Carey and Jeff Daniels has been confirmed to start shooting in the beginning of September. An attempt at a sequel was made back in 2003 titled, Dumb and Dumberer: When Harry met Lloyd. Co-director Peter Farrelly purposefully emphasized, “We did not do Dumb and Dumberer, that was a studio thing.” What he should have added was that was a stupid thing. Trying to remake a sequel without its two main actors was absurd. Now we get to see Jim Carey and Jeff Daniels together again in their pimped out orange and blue suits. Jim Carey back in the 90’s was pure comic genus and Dumb and Dumber was one of the reasons why we fell in love with him. Hopefully this sequel is as sick as Ace Ventura: When Nature Calls.

NOHO: Rage All Night, Still Hit Class The Next Day