Foods Translated: What Are You Really Eating?

In America, you can order steak and know exactly what you’re getting. Pasta is pasta, soup is hot and eaten with a spoon…simple things we all know like common sense. But when you go abroad, their national foods may be called names you’ve never heard before, and when they come out of the kitchen and are placed in front of you, you may even be disgusted. 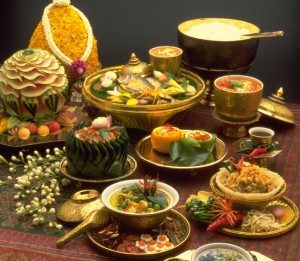 Everything is not quite what it seems, or sounds like, in other countries. Here are some countries and their edible specialties translated. 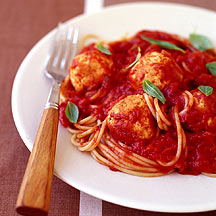 When most of us think of Italian food, we think of pizza, pasta, and a whole array of carbohydrates. But when you go to Italy, it’s quite a bit different, speaking from experience. Sure, they have great pizza over in Naples, but not necessarily in the rest of Italy. Here’s a list of the more obscure foods you’ll find in glorious Italy.

Flat bread stuffed with cheese and usually ham, though it varies. 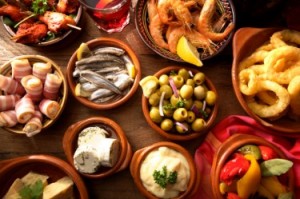 When most of us think of Spain, we think of one simple word: tapas. But how many of us know exactly what tapas is? Here’s a list of the eclectic array of food you’ll find in Spain. Many of the portions may be smaller than what we’re used to, especially since the Spanish eat very late at night. It is not unusual for most people in Spain to eat past 9pm, especially since they don’t go out until at least 1am.

Light snacks and small appetizers, usually even comes with beer and/or Sangria for very cheap.

Potatoes with a spicy brava sauce.

A very popular dish on the east coast of Spain. The three types are Valencian paella, seafood paella, and mixed paella. The mixed one consists of yellow spanish rice, prawns, and other types of seafood or meats. 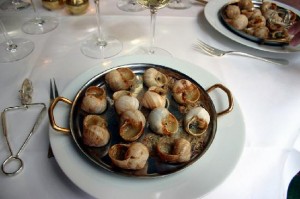 The French are often known for their attitudes and their food. The ladies are thin though they eat carbs galore with their croissants each morning. As you travel to France, don’t hesitate to try these new foods. While they may seem strange, especially since you’re eating snails, give it a try. What’s the worst that could happen, right?

This is a fancy way of saying a hot ham and cheese grilled sandwich.

Snails, usually prepared in a garlic sauce and served still in the shells. 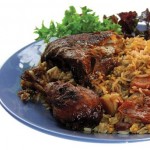 Fried “spiders” made from plantains.

An un-American way of saying steak.

Caribbean version of grits, kind of like an oatmeal.

Of course, each region or island of these places may have different specialties or different names for the same dishes. Also, don’t forget America is the home of the Super Size. At first, meal portions abroad will seem very small to you, but you’ll soon realize it’s a normal portion while you’re used to eating three “normal” portions.

A quick flip-through of online menus from the area you’ll be staying in before you go will help determine whether eating will be enjoyable or a chore while you’re away.

A Guide to the Best Condoms