Jack Bauer’s latest rough day will be his last on TV.

“Just found out we got the word officially,” she Tweeted. “This is 24’s last season.”

“This has been the role of a lifetime, and I will never be able to fully express my appreciation to everyone who made it possible,” Kiefer said in a statement to Access Hollywood. “While the end of the series is bittersweet, we always wanted ’24’ to finish on a high note, so the decision to make the eighth season our last was one we all agreed upon. This feels like the culmination of all our efforts from the writers to the actors to our fantastic crew and everyone at FOX.”The star added that a feature film based on the show is in development.  The series finale of “24” will air on Monday, May 24.

The series offered a groundbreaking format upon its November 2001 debut by splitting a 24-hour day into one-hour real-time episodes, and grappled with terrorism and political issues in the wake of 9/11.

This devastating week in television has left a veritable who’s who of ultra-popular titles dead in its wake, as shows like , Scrubs, and The Hills have all been cancelled.   Rumors of their demise had been circulating for a while now, and it actually took confirmations from social media outlets to support the claims.

As I mentioned earlier the “24 ” announcement was mad epublic via Twitter.  When it came to Scrubs, who had already jumped to a second network to keep the show going, it was star and producer Zach Braff who was the bearer of bad news on his Facebook page.  “Many of you have asked, so here it is: It appears that ‘New Scrubs’, ‘Scrubs 2.0′, ‘Scrubs with new kids’, ‘Scrubbier’, ‘Scrubs without JD’ is no more. It was worth a try, but alas …… it didn’t work.”

After that, it was also revealed that Katherine Heigl would be leaving Grey’s Anatomy.

Zach Galifianakis and Ben Stiller Sit Down Between Some Plants, Hilarity Ensues 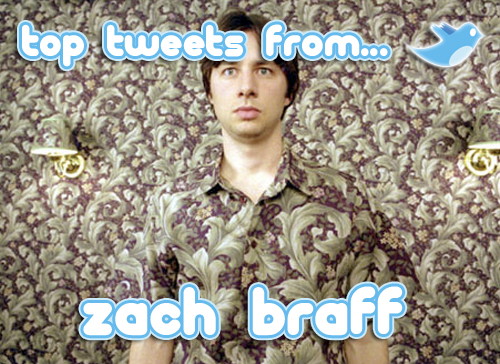 It's May 12, Have You Thanked Your Nurse Today?

24 News: Where in the World is Tony Almeida?

That’s All Folks: The Best Series Finales of Our Generation (Part I)