From the Quad into the Shark Tank: Notehall’s Sean Conway is Changing the Way Students Learn One Note at a Time

The most brilliant and profitable business plans are born out of necessity and survive on their ability to meet a demand.  As simple as this may sound in principle, so many ideas fall by the wayside due to poor management and execution, a lack of ingenuity and resources, and/or an uninterested customer base.  One recently launched company that has avoided these pitfalls and is on the fast track to establishing itself as a must-have, staple service in the campus community is Notehall – an online marketplace for study guides, class notes and other supplemental academic material.  Created in 2008, Notehall allows students to upload their own work to an online database and take a 40 percent commission when sold to their peers, who are allowed to preview the document prior to purchase.  Notehall’s services are currently available at 30 colleges nationwide and will be featured at over 60 schools by the end of this academic year.

The main selling point behind Notehall is its appeal to all types of students.  Their website is valuable to both dedicated workers seeking compensation for their excellent class notes and well as those who miss classes and need to catch up on lecture material or are not confident that their notes are comprehensive enough to help them prepare well for exams.  The Campus Tycoon had the pleasure to talk shop with Notehall’s 25-year-old co-founder and CEO, Sean Conway who sheds some light on his company’s humble beginnings, some unorthodox marketing strategies, and of course, his overwhelming success on ABC’s primetime hit series “Shark Tank.”

The Campus Socialite: To open things up, please let our readers know how the concept for Notehall was developed?

Sean Conway: Justin Miller and myself founded Notehall in October of 2007.  We met one another through the University of Arizona Entrepreneurship Club.  We ran into one another in October 2007, when school was starting up again.  Justin brought it up, I formed the business model around Notehall and we knew it was the idea we had to take action on.

TCS: It’s one thing to come up with an idea for a new company or service, but an entirely different process to actually implement a sound business approach.  With that being said, just how big of an undertaking was the launching of Notehall and how does it now affect your everyday life?

SC: Well that last question is funny, “How does it affect my daily life?”  It is our lives night and day.  The question is what has the ability to actually affect you besides Notehall in your daily lives, and the answer is family, our health, and when we can – a beer or three with some friends.  Yeah Notehall was an idea that had so much opportunity, it offers time relevant school materials that have plenty of value.  Just being out of college, I knew firsthand how much value these notes had and I also knew there were students like myself that loved to make money from something they already do.  The idea just made sense to Justin and I.

TCS: As a recently graduated college student, how did you obtain the financing to initially get Notehall off the ground?

SC: Justin Miller was and is still a full time student at the University of Arizona.  There is a good Wall Street journal article that we just did to raise funding for Notehall.  It’s actually an interesting story because it took us nearly a year and half for someone to throw money into our idea. Justin threw in his life savings and his Bar Mitzvah money in and I used an early inheritance from my grandpa and some money I made in the stock market from the tech boom in 2000.

TCS: Notehall is available nationwide, in schools ranging from your own west coast alma-mater, the University of Arizona, to Boston University in the east.  Do you notice any differences among student preferences and purchasing trends depending on the location of their school?

SC: As of now, yes there are slight differences in what the students need and what they are looking for.  The Canadians though, they keep asking for Notehall.  I have received 30 emails from up there asking for Notehall and I keep telling them to wait ’til January 2010.

TCS: What are some of the most effective marketing strategies and campaigns that you have implemented to date?

SC: Well we figure if we are going to be throwing a marketing campaign it better be damn fun and entertaining because we are the ones who have to organize it. The more “out of the box” it is, the better for us and usually they turn out alright.  One particular event that stands out is the Rock, Paper, Scissors (Sushi) tournament where students had to compete against the Southern Arizona Rock Paper Scissors Champion and whoever won the most times in a row won $200 in sushi gift certificates.  We like our sushi at Notehall. Another activity was the “Wear ’til it Tears” campaign where we paid college students to wear the same shirt for two weeks straight and if one student saw another participant not wearing their shirt, they would get their share of the prize.  It was very successful to say the least.

TCS: And now for the subject on everyone’s mind, please describe your experiences as a featured entrepreneur on ABC’s “Shark Tank.”  How did you come across the opportunity to appear on the program?  Were you at all nervous once the cameras started rolling?  What was going through your mind as the sharks competed for a chance to fund Notehall?  What ultimately influenced your decision to accept the $90,000 deal from real estate mogul Barbara Corcoran?

SC: We were told about “Shark Tank” by Justin Goldman, CEO of FanGamb.com. He told us to apply and we went ahead and did and they really liked us. Honestly, I was more nervous during the 48 hours before the show that I would screw up the pitch. However, we nailed it from the beginning and it was just fun, not nerve-wracking, after that.  As soon as you know they like your business and they start fighting over your concept, at that point it gets fun.

Barbara wanted us to succeed more then she cared about the money, DJ (National Chief Marketing Officer DJ Stephan) and I could just feel it up there.  The other two sharks and mainly Kevin just wanted pure money. The vibe we received from Barbara was uplifting; she is so positive and bright.  She was the person we knew we wanted to work with.  When you are given that type of deal on the spot, your have to trust your intuition.  We are actually still talking with Barbara and she is an amazing lady, however, we decided to go with a much larger investment with a different evaluation outside the show. Barbara is amazing lady though and we will continue talking with her and work something out.

TCS: What kind of opportunities has Notehall received following your appearance on “Shark Tank?”

SC: We have developed more partnerships with major college companies.  It was a huge opportunity, and gave us a lot of credibility beyond what we originally thought would come from the show.  We have established several international partnerships and Notehall will go global to at least one country starting next spring.  We have had hundreds of students come out to support us, which is also an amazing feeling.

TCS: What are your goals for the business in the immediate future and where do you see Notehall in exactly one year?

SC: Our plan for the immediate future is to expand our business model and offer students the value they want, expect and deserve to get out of Notehall.  We also want to see this as a more entrepreneurial platform for students to make some extra money while in college.  We have been given various expansion opportunities and right now we have to keep our head down and focus on growing.

TCS: To wrap up, what are some key suggestions you can offer to young entrepreneurs that are interested in starting their own business?

SC: I love this question, because the answer seemed so unreal and cliché when I use to hear it several years ago.  Now I am giving the same response that I once heard from other entrepreneurs and successful people because it’s the only and right answer.  Trust your intuition, you must be passionate about your idea, keep positive and keep persisting through everything. Also, to add my view, TAKE ACTION on your ideas.  You don’t need money to start, because the lack of money will be the only reason you become innovative enough to expand efficiently and effectively.  You need some money but too much early on will only lead most to be more careless.

You will always have one foot in the mud, so make sure the other is on solid ground because you are always going to have to make a pivot.  It’s a roller coaster; ride it the same way up as you do down. Also, write in a journal or do what we do here – use a video camera to record the ups and downs in the office because we know we will be looking back at these moments and experiences one day.

For more on Sean and a complete look at the services offered by Notehall, check out their official site at http://www.notehall.com/.

Become a Facebook Fan of The Campus Socialite! Approaching 2000 Fans! 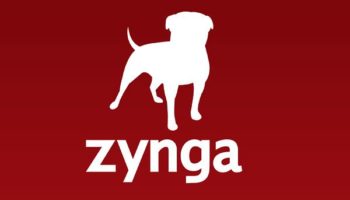