Garfunkel and Oates Take Center Stage with The Campus Socialite

Actresses Riki “Garfunkel” Lindhome (The Last House on the Left) and Kate “Oates” Micucci (Scrubs) are the brainchildren behind Garfunkel and Oates.

Garfunkel and Oates are an acoustic folk comedy singing duo who are making waves all over the Los Angeles comedy scene and tearing up YouTube with their zany brand of comedy. Garfunkel and Oates blend a sound of a kooky ukulele and soothing guitar melodies with lyrics that are a combination of raunchiness and sweetness, which can take your breath away with laughter and will leave you smiling from ear to ear.

The Campus Socialite spoke with Garfunkel and Oates, to discuss their newly released EP Music Songs.

TCS: Can you explain how you two formed Garfunkel and Oates?

G & O: We met in the lobby of the Upright Citizens Brigade a few years ago and became fast friends.  We wanted to work together so Riki wrote a short film for us to be in called “Imaginary Larry”.  She wanted to turn it into a musical, so we got together to write songs for it.  We had so much fun writing songs that we decided to keep doing it.

TCS: What are your musical and comedic influences?

G & O: We grew up listening to show tunes and pop radio, so those were our main influences musically.  Comedy-wise, I guess it’s other comedy bands- Weird Al, Tenacious D, etc.

TCS: Why the name “Garfunkel and Oates?”

G & O: Because we love Simon & Garfunkel and Hall & Oates.  We just thought the name was funny and it stuck.  Naming a band is really hard! 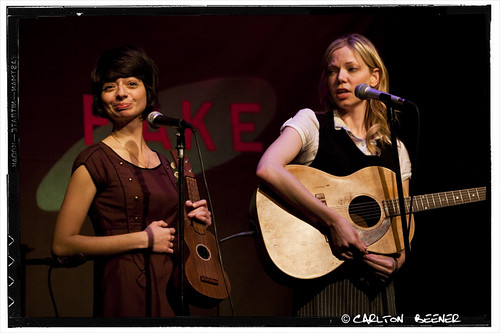 TCS: What are your goals for the band? Are there plans to expand Garfunkel and Oates performances east of the Mississippi?

G & O: Our goal is to just keep writing and performing.  We’ve been lucky enough to perform in some amazing venues and we want to keep doing that.  I know we’re planning to tour in the future, but I’m not sure what cities we’ll be going to.

TCS: Your EP Music Songs just recently came out, what was the recording process like? Are there any plans to release a full album?

G & O: Recording was an adventure.  We had two producers, Ben Watters and Alex Burke, who we met after one of our first shows.  We all worked together for months, just figuring out how we wanted it to sound and trying to make the best record possible.  I know we’re all really proud of it.   As far as a full-length album, we are definitely planning on doing that as well.  We need to write a few more songs first, and then we will start recording.

TCS: What was the song writing process like? Are their differences between each of your writing styles?

G & O: The song writing process varies depending on the song.  Some songs, like “Fuck You” and “Me, You and Steve”, came to us instantly.  We literally wrote those in half and hour.  But other songs take months of brain storming and re-writing until we are happy with them.   Riki is more of a perfectionist, so she’ll spend a week trying to rewrite one line.  Kate is more a free spirit and likes to write quickly and fluidly.

TCS: What are your thoughts on the comparisons to The Flight of the Concords and Tenacious D?

TCS: “Sex with Ducks” has received a lot of media attention; can you explain the inspiration for the song? Also what was your reaction to seeing your video on CNN and other news programs?

G & O: We live in West Hollywood and know a lot of people who are affected personally by Prop 8.   So we wanted to write a pro-gay marriage song, but we also wanted it to be funny.  It was tricky to do, so we were grateful to Pat Robertson for his “sex with ducks” comments – that just made it easy.   Seeing the video on CNN was surprising to say the least.  We literally couldn’t believe it when they wanted to interview us.  We did not see that coming.

TCS: You both have been cast in numerous roles on TV and film; would you rather be seen as actresses who have a funny band side-project or comedic musicians who can also act on the side?

TCS: What advice would you give a college student who is interested in writing/performing comedy?

Get out there and do it.   Generating your own content and putting out there for the world to see has never been easier.  Just surround yourself with talented people and do the work.  It’s as simple as that.

TCS: Riki, you spent your college years at the University of Syracuse, are there any interesting events or stories that occurred during the years living in Western and Central NY that shape your comedic sense?

Riki: I think good writers and comedians let everything in their lives shape their comedic sense.  College was definitely a darker, more experimental period in my life and I know that darkness creeps in to Garfunkel and Oates stuff from time to time.

Garfunkel and Oates EP Music Songs can be purchased at http://www.cdbaby.com/cd/GarfunkelandOates 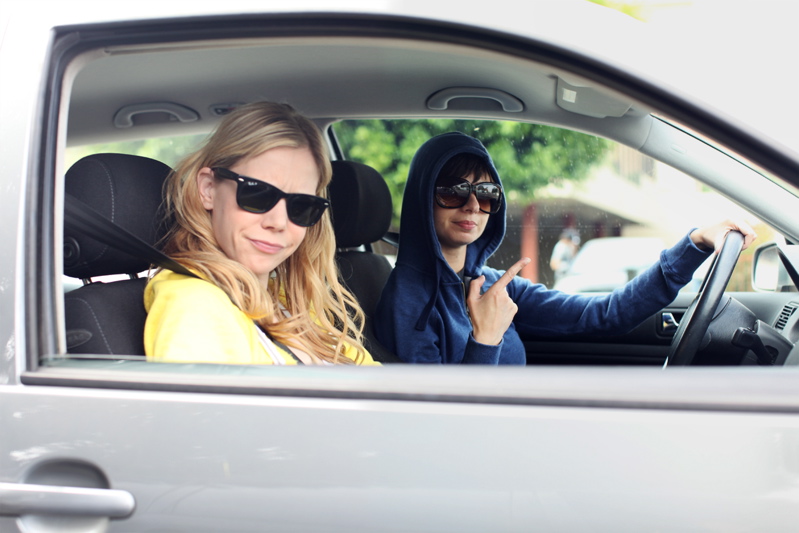 The Nerd’s Word: Build Your Brain

Garfunkel and Oates, the Queens of Folk Comedy