Whoa. Did not see that coming. Way to come out of left field with that one Ryan Murphy. Tuesday night’s Glee gave viewers exactly what they’ve been waiting for; our beloved Kurt Hummel’s (Chris Colfer) first kiss. Was it with who anyone expected? Absolutely not. This episode brought the cycle of bullying full circle as it wasn’t Blaine (Darren Criss), Kurt’s new interest with whom he shared that special moment with. But rather it was with Karosky (Max Adler), the jock known on the show for his slushie tosses, locker shoves, and oh yeah – gay jokes. I literally shrieked at this moment, of course causing the ‘rents to make fun of my love for this show even more. Colfer’s performance was for sure riveting, if not Emmy worthy, but also seemed like it was inspired by the recent string of gay suicides.

Kurt wasn’t the only gleek getting action in this episode. The guys in the club were in need of a way to cool off when their girlfriends refused to put out. In defense of one of the girls, the born again celibate Cherrio’s captain, Quinn Fabray (Dianna Agron), she did just get preggers last season. Pretty sure another baby is not in the game plan for winning prom queen. The solution; picturing their not so feminine female football coach, Shannon Beiste (Dot Marie Jones) in some, umm…risqué outfits. My favorite was for sure the lingerie while slicing up beef slabs. If that doesn’t stop you from getting all hot and bothered, then nothing probably will. 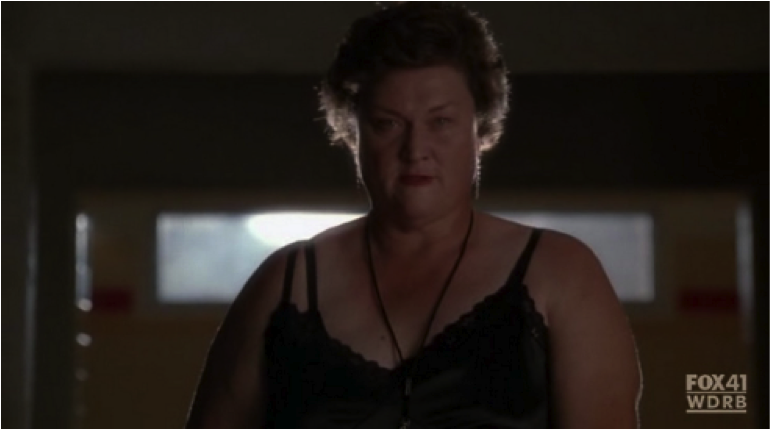 Soon the boys and Tina (Jenna Ushkowitz) begin saying the Beistes name during some intimate moments giving Sue (Jane Lynch) the weapon she needs to get her cheerios money back and leaving Mr.Shuester (Matthew Morrison) with an incredibly awkward moment. The conversation went a little like this:

Beiste: “Will why are your glee club kids acting weird around me? “

Shue: “Um not to hurt your feelings but my club pictures you in compromising situations such as a tutu smoking a cigar when hooking up to stop all urges, sorry”.

Beiste quits, Sue buys some awesome confetti cannons, and Will thinks it’s all his fault, of course. After all, glee club is all about accepting people, duh. Turns out the not so girly football coach has some insecurities of her own like being 40 and never having a first kiss. This leads to another shocker in which I would just like to say “two for you Ryan Murphy, you go Ryan Murphy.” Mr. Shue gives her the first kiss she’s been waiting forty years for. Definitely worth waiting for if your first kiss is that man, just saying. The boys feel bad so what do they do? They sing to her and the problem is fixed. Of course that’s after they refer to her as a soft nougaty candy. Yup, that should boost her confidence. 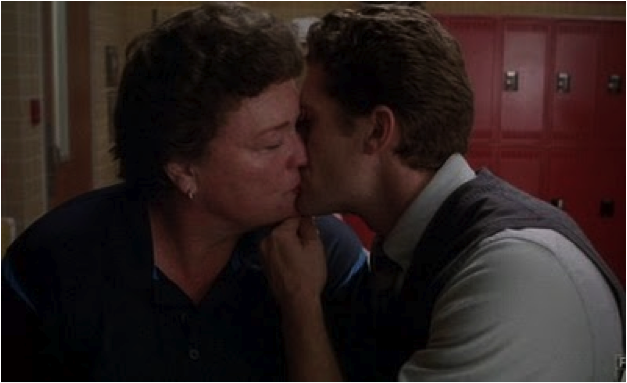 Lesson’s learned from this episode:

1.All guy schools do not mean all gay guys.

2. Bad, bad jocks have feelings too.

3. Thinking about hitting a mailman and or picturing your coach in awkward situations will definitely stop all urges to wanna do a little something something.

4. If everyone put out, more football teams would be winning.

Have Sex With a Guy With A Mustache Day