Going Out in Style: How to End an Awful Date… with Some Humor (Part Two of A Two Part Series)

If you have been getting your daily fix of The Campus Socialite, then I am sure you have come across Part I of our feature on how to bail on a miserable date in the most hilarious way possible.  Although there are always classier methods of ending a less-than desirable romantic encounter such as just being honest and saying that you don’t see a future with her or telling her that you have an incurable case of genital warts, why not go out in a blaze of laughter and make dating history with a disaster of epic proportions?

Today we will breakdown the art of the insult and enter the dangerously murky territory of pissing off your date to the point where she will exit the scene in either a fit of violent rage or she will leave behind a trail of tears that would make the Cherokee tribe jealous.  I advise any of you brave souls who dare try the following method to understand the potential consequences of your actions as female responses run the gamut from drinks thrown at your face to aggravated assault.  What I am about to reveal to you truly separates the men from the boys…

I have already made it clear that this approach is not for the weak of heart, as it will require you to demean the shit out of what could be a potentially nice girl.  But, let’s face it, you are a busy hombre and have no patience to be on a date that has about as much of a future as Gheorghe Muresan’s acting career (see: My Giant).  So, how do we make a great escape in the fastest way possible?  It’s gotta be like ripping a Band-Aid off an open wound – quick and painful.

If there is one thing I know about women it’s that almost everything that comes out of a man’s mouth can be construed as an insult.  In fact, I minored in accidentally offending women – how else would you explain a girl freaking out on me when I told her that she had a body like J Lo (apparently not every woman appreciates their ass being compared to that of Latina royalty).  My extensive background with these unintentional “rude” comments made me realize that if it this simple to anger a woman when you are trying to be polite, then intentionally snubbing a girl must be easier than Tara Reid after 9 shots of Stoli.

So, to steal a line from the Jiggaman, “with that disdain in my membrane” I have compiled some of the finest barbs to direct at your date to destroy their comfort level and ensure that you will be home free within 30 minutes or less.  If you’re in a tight spot, try these jeers out and see where they get you:

– When the waiter comes by to take your dinner order, do not even let your date speak.  Simply ask him to name some of the menu’s low-calorie specials and proceed to order her something off that list.  Nothing grinds a lady’s gears quite like a remark about her weight.  If the restaurant doesn’t offer low calorie meals, just get the broad a salad and make sure to emphasize that she will have it with low fat dressing.  Don’t look her directly in the eye after placing the order; you may turn into stone.

– As soon as you sit down at the table, snap your fingers to rudely request the waiter’s attention.  Once he arrives, quickly order a beer and two shots of the bar’s strongest alcohol (I told you this would separate the men from the boys).  When you’re date says “No thanks, I really don’t want a shot right now,” you reply with “That’s sweet of you toots, but these are both from me – I’m gonna need all the help I can get to survive this night.”  Yes, this one is rather ballsy but any girl who can be in the same room as you after this level of offense is a grade A skankopotamous with zero self-respect.

– When the conversation gets underway, keep telling your date that she reminds you of your ex-girlfriend… this should already get her feeling suspicious.  Then start to bash your ex-girlfriend and let the expletives fly: call her a bitch, a slut, a hussy – whatever it takes to make it clear that anything associated with your ex must be damaged goods.  Now back it up and let your poor date know that she is strikingly similar to your former love interest.  If she doesn’t take the hint, then hit her over the head with the comparison by informing her that you and your ex banged on the first date and you expect the same treatment tonight.

– When all else fails, just act like a fucking caveman.  Cut loose all ties to civilization and physically disgust your date to the point where she cannot keep her food down.  Put your hand down your pants and claw at your yambag, get food all over your face and refuse to wipe it off, blow your nose into your sleeve, burp loudly enough for the table next to you to hear it, let loose a dangerously foul-smelling fart and excuse yourself to the bathroom because, as you so eloquently put it, “may have just shit your pants.”  If she is still into you after all these nasty shenanigans, then she is a keeper… I don’t care what the girl looks like; anyone willing to put up with a potential shart is marriage material.

So there you have it folks, some of the surefire ways to act abusively enough that no date can survive.  If all else fails, just tell the chick that you are into dudes and that you were only attracted to her because she resembles Mickey Rourke.  If you have any suggestions on funny ways to get out of the date from hell then we encourage you to share them with us in the comments section below.  Good luck single socialites, it’s a jungle out there.

Campus Of The Week: Dartmouth/Tulane 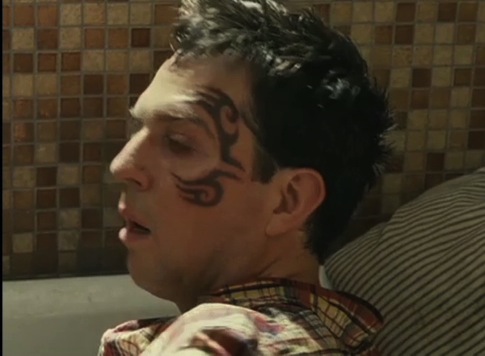 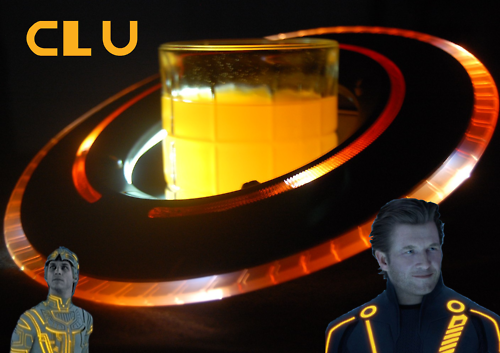