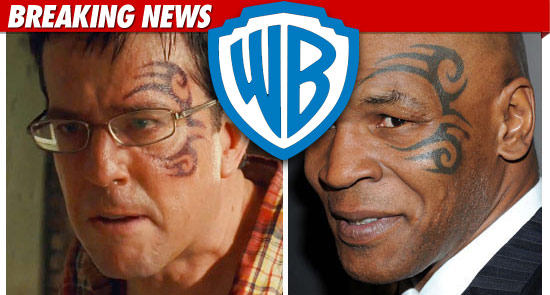 For those of you who don’t know, S. Victor Whitmill, the dude who did Mike Tyson’s epic face tattoo has been embroiled in a law suit with The Hangover 2 studio about it’s appearance on Ed Helm’s face in the movie. How anyone can claim to have intellectual property of something so un-creative as a 6 inch tribal pattern that happens to be on someone’s face is ridiculous. I could stand in the middle of a bar on a Friday night, swing a belt, and hit a frat dude with the same thing on his bicep. Fortunately, the lawsuit has been settled, and the tattoo isn’t going anywhere. As of now, nobody knows how much money changed hands, but considering how Hangover 2 has been doing in the box office, I’m sure it amounts to pocket change. Score one for art in both directions. Movie gets preserved, as does this dude’s “creative” vision. Carry on Socialites.