1. “Last year on Halloween, we made the pledges go trick or treating to the sorority houses in baby costumes, but instead of asking for candy, they had to crawl around in their diapers and pretend to cry when the girls answered the door. “ 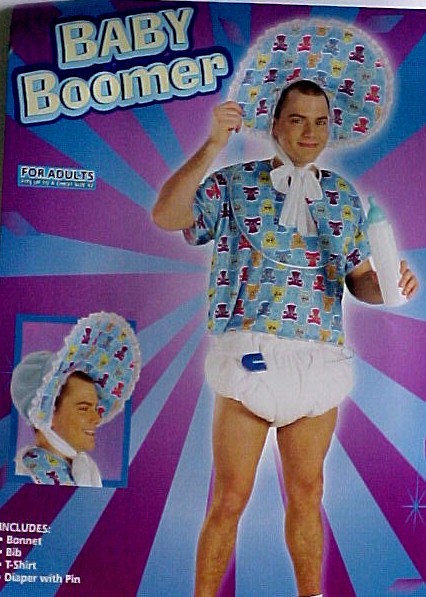 Haha, Halloween is always a good time to have pledges. You get away with a lot more than usual. Dressing your pledges up in bizarre outfits and prancing them around campus is always a good time. I like the creativity here. Going around to the sorority house and getting the girls involved. Definitely irreparably humiliating for the pledges.

2.”After Steve-O from Jackass swallowed the goldfish and puked it back up, the active pledge brothers told us we were going to do our own trick with a goldfish. But instead of swallowing it, we had to eat it, and chew every bite.” 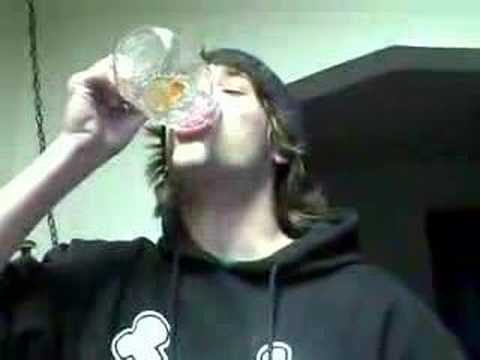 I always wanted to try this myself. The first time I saw this clip on Jackass, the first thing I wondered was which one of my friends is dumb enough to do this. This fraternity’s got the answer: their entire pledge class. Swallowing a goldfish must be easy but chewing a live one is like hardcore Sushi. Poor little goldfish. Never even saw his gruesome, Natty Light drowned death coming.

3.”We had to stay up for 2 days straight, and if we fell asleep, for even a second, they’d scream in our faces and make us do laps around the room. They took turns watching us.” 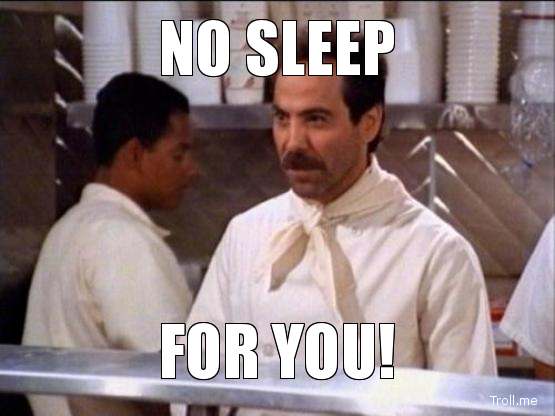 Insomnia is definitely something you need to get used to if you plan on pledging. The best way to get by is to stay busy so the running probably helped them out more than hurt them. There’s nothing worse than sitting around for hours without being able to go to sleep.

4. “The brothers in the frat I was pledging got huge blocks of ice in the backyard and the pledges had to strip down and all sit on the block of ice. We couldn’t get up until we finished a keg between all of us. It took forever. We were freezing and wasted.” 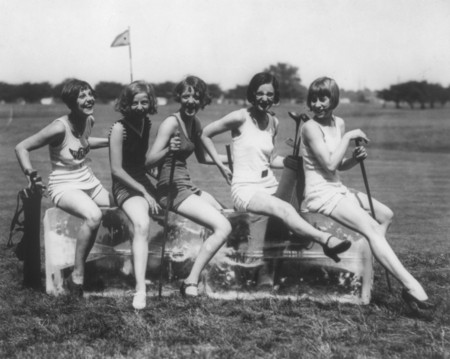 That’s cold, literally. Plainly stated, I love this. There’s no way those pledges finished that keg anywhere close to the time their asses and legs went numb. There’s got to be nothing worse than getting frostbite…down there. I wanna know how many pledges are in this pledge class to give me an estimate of how long they were sitting on this block of ice. 8 people they will be there for hours. For that matter, where does one find 8 giant ice blocks?

5. “We have something in our frat called “The Atomic Bomb.” Its basically the hottest/worst ingredients all mixed together, that we force the pledge to drink with nothing else for at least an hour. Can’t give away all the secrets but it includes, Wasabi, Tabasco Sauce, Red Chili Pepper Flakes, Horse Radish, Jalapenos, and a bunch of other brands of Hot Sauce.” 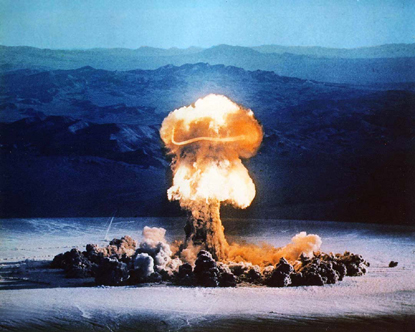 The mother of hot food concoctions. This fraternity has taken all of the worst things on the planet and brought them together into one disastrous combination. I don’t even know how any of these pledges got it done. Ahh my mouth would be on fire for days. I would need at least a gallon of milk to even bring it back to some form of normalcy. If you want to make your pledges cry like babies, I guess this is a good way to do it.

6. “Every year in my frat during Hell Week, the brothers start pledge boot camp. We yell at pledges like military officers, make them call us sir, shave their heads, and become full out drill sergeants. Starting at 5am, pledges are constantly doing runs all over campus , push ups, tire runs, runs through the woods and have lights out at a certain time. Its intense and exhausting…for them. “ 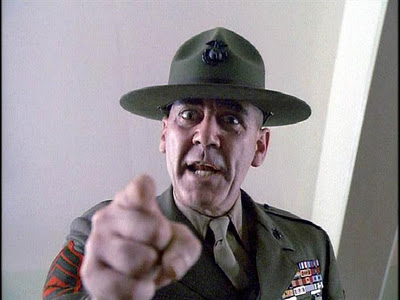 This sounds like everyday pledging to me. My entire pledge process was run like a boot camp. Always referring to actives as brother sir, always having to do workouts, and always being yelled at. I couldn’t take a piss without being screamed at and told what a piece of shit I am. Isn’t that what hazings all about? Trying to break you and belittle you as much as possible.

7. “In the backyard of our fraternity house, we keep a Porta Potty, strictly for hazing purposes. One of our favorite things to do is to have our pledges chug can after can of prune juice and force them to use the Porta Potty in the backyard. They are also responsible to clean it up thoroughly at end of the night.” 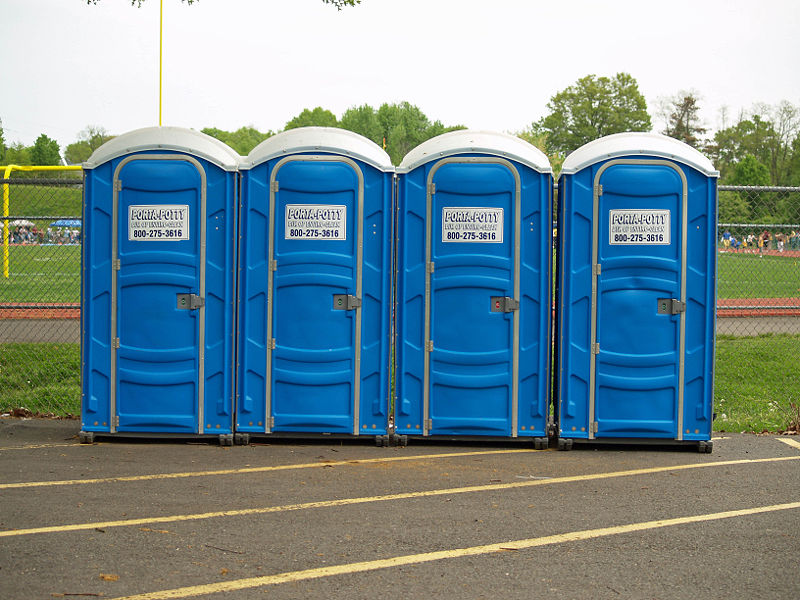 Holy shit, no pun intended. Lol where the fuck did this fraternity get a Porta Potty first of all. This is just fucking great. Prune juice though? Does that really work? I always try to avoid Porta Pottys personally. You never know what you’re gonna see in there. I really wonder how the pledges emptied the tank in the bottom.. it sounds messy. I always wanted to know what poor shmuck was forced to clean those things. This is so nasty I’m lost for words.

8. “Late at night, we brought pledges to a graveyard, blindfolded them, and separated them into pairs. We took one pair at a time to a deep hole in the ground and made them lie in it. We told them they had to be buried alive with their brother in order to understand true brotherhood. We started covering them with a little bit of dirt and they started screaming. Then we pull them out” 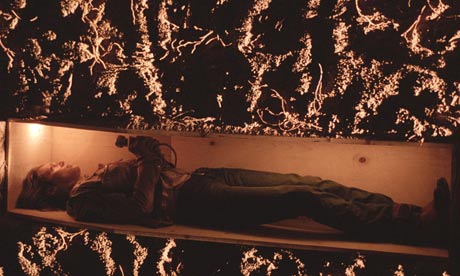 Haha scaring the shit out of your pledges. Pretty basic stuff.  I wish I was there to see the one dumbass who actually thought the fraternity was burying them alive. There’s always one in every pledge class who takes everything soo seriously. Like man up bro, they’re not really going to bury us alive. What kind of fraternity do you think this is?  Grow a pair of balls.

9. “When we were hazing a bunch of pledges one time, we had them each take a can of “Skoal” chewing tobacco and fit as much in their mouth as they could and leave it there. One of the pledges actually passed out. I’m assuming he got too light headed.” 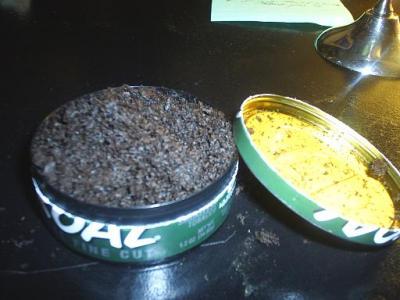 I want to know what it is about hazing and chewing tobacco. I swear this comes up all the time and I myself was forced to carry around a can of “Skoal.” This is great though because if I ever took more than a little bit, I practically got high. These pledges were forced to take as much as they could fit in their mouth! God damn, no wonder one of the pledges passed out. That shit is fucked up. Great idea though. I’ll keep it in mind.

10. “Once during pledging, they gave each pledge a tooth brush and told us we weren’t allowed to leave until the nasty floor in the frat house was completely spotless. Then hours later, when we were done, they made us brush our teeth with the dirty brushes.” 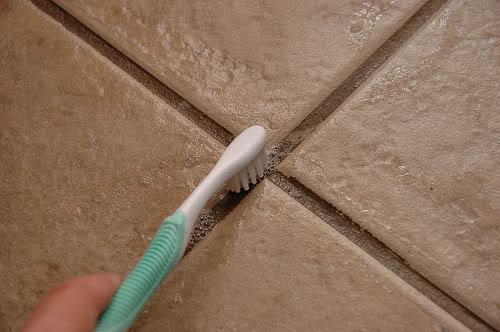 This just sucks. First, it would take forever to clean a whole frat house with a toothbrush and actually get it clean. Second, frat houses are nasty. Who knows what kind of gross shit is on those floors and how long its been there. I would never want to put that toothbrush anywhere near my mouth. I bet the pledges got a disease or something from this one.

AZO 2011 Showreel Is Not Your Everyday Parkour Compilation (Video)