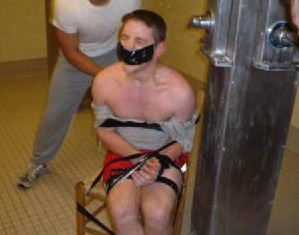 1. “We had to eat an entire tray of weed cookies and then an hour later answer questions about the frat…by that time I was hallucinating. If we got them wrong we had to do laps high. None of us could function the brothers were cracking up the whole time.” 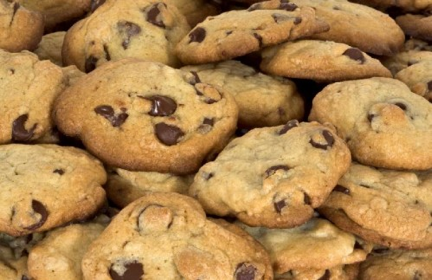 Edibles: an incredible and unknown journey. You never know what can happen when you eat a weed brownie. You could end up passed out on the floor, wandering the streets, or eating strange combinations of everything in your fridge. A rookie mistake is eating multiple edibles before they kick in (WARNING: that can get you SUPER HIGH). So I can only imagine what these guys were going through being baked to the max and having to actually move. Seeing stoners do laps is a rare occurrence. I wish someone video taped these guys running around in circles and falling on their asses.

2. “On cue we had to sing all the words to ‘Boats and Hoes’ from Step Brothers. They made us do it at the most random times…I still know all the words.” 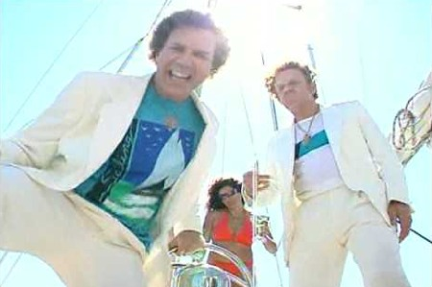 The Nina, the Pinta, the Santa Maria! Ahh ‘Boats and Hoes’: a timeless classic from Prestige Worldwide. This song is an inspiration to us all so who wouldn’t love a performance of it 3x a day? Better yet, I’d suggest you dress your pledges in white suits, rent a boat, and have them reenact it the right way. Let the pledges perform it while you guys kick back with the hoes.

3. “During pledging the older guys told us we had to beat them in a milkshake drinking contest, which sounded easy…we each paired up against one of them but it turned out that theirs were regular vanilla milkshakes and ours were mayonnaise I puked everywhere.” 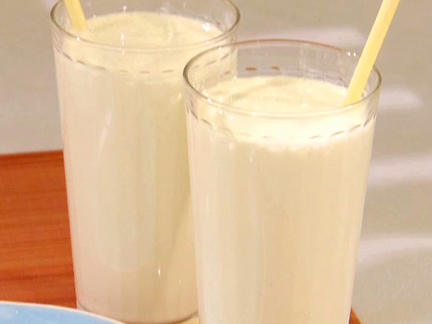 Ewww mayo. The thought alone makes me cringe. I can barely look at a jar of mayo with out getting sick, so I’d never be able to down a whole glass of it. But really guys, you thought you’d have a normal milkshake handed to you during pledging? You poor little naïve pledges. And by the way – who doesn’t smell mayo from a mile away? It looks absolutely nothing like delicious vanilla ice cream. You should have seen that one coming. What the fuck is mayonnaise anyway?

4. “Have two of your pledges wear matching suits and glasses like the Men in Black. They also each have to carry matching super-soakers and escort you to a lecture and sit down on either side of you.” 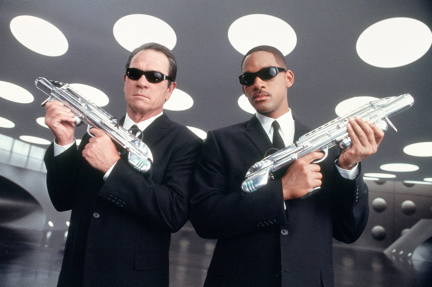 Call me lame or whatever, but this sounds kinda AWESOME. I would make pledges do this for the whole semester: bring them to parties, dates, family reunions. Who doesn’t want personal badass bodyguards ready to soak anyone that fucks with you? While you’re at it, have the rest of the pledge class dress up as aliens and try to attack you. I know that wouldn’t really work, but it’d be funny as hell to watch – especially if you had no idea what was going on.

5. “When me and my boy decided to pledge together we were always together. But a few weeks in he couldn’t handle pledging and dropped. From that day on the frat decided I would have to carry around a big teddy bear with a picture of his face glued on it at all times to make up for him not being there. To class, meetings, parties, on dates, EVERYWHERE. If one of the guys saw me without it I would have to do 100 push ups and they’d yell at me for leaving behind one of my ‘brothers.'” 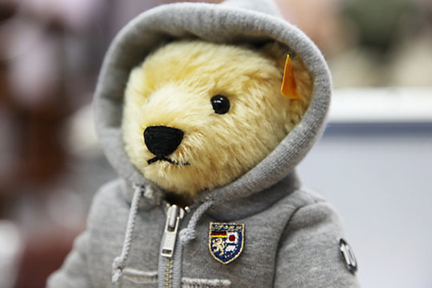 Real douchebag move on his friend’s part. How could he bail on his boy like that? What we have here is a classic example of a bromance gone wrong. When his bro dropped this guy probably felt abandoned. How would a teddy bear ever play FIFA with him, join his fantasy league, or be his wingman? This guy was probably pissed at his bro for dropping and even more pissed that he had to carry around the picture of that jackass everywhere because of it.

6. “Last semester we told the pledges they couldn’t shave until pledging was over…they all had crazy beards 2 months later it was mad gross.” 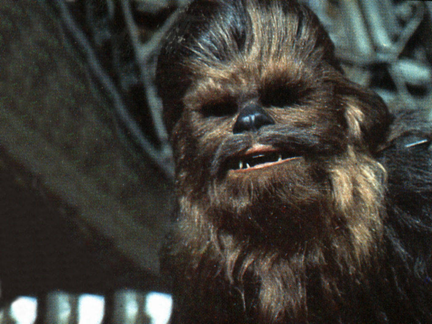 At least you guys will look as old as your fake ID says you are – that’s always a plus. But two whole months? That’s a lot of itchiness and a lot of hair. Plus, most chicks don’t dig kissing guys with beards. This is a funny idea in theory, but in the end it just hurts everyone. What frat wants to be known as the Manson Family around campus? Not this guy.

7. “One night this pledge blacked out on the couch in the house so we duct taped his whole body to the couch and put the couch by the street.” 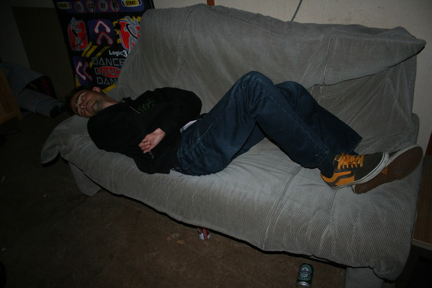 Oh man, it always sucks when you’re the first to pass out. Usually these are the guys who are challenging you to funnel or take more shots all night and are later seen stumbling around the party incoherent. I would have simply gone with a sharpie to the face because I’m lazy. Duct tape to the couch is an average move, but bringing the couch outside? Nice touch. Wish I could see this guy’s face when he wakes up in the morning and can’t move, hope you let him out.

8. “Every pledge was given a condiment: ketchup, relish, mustard, mayo, horse radish, ranch dressing, vinegar – and had to chug their given bottle.” 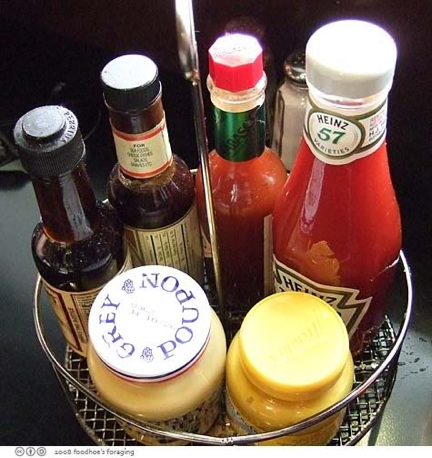 This is pretty nasty. Condiments are only good in moderation. They were made to only spice up and complement a meal, make it more interesting, not be eaten alone. Drinking a whole bottle of this shit would be torture (although I’m sure chugging ketchup is easier than horse radish). Must have been a lot of puking for this one. This is psychologically traumatizing – I’d never eat condiments again.

9. “Once they made us strip down and jump into a cold swimming pool…when we got out the girls from one of the sororities came out of nowhere with rulers and had to measure us.” 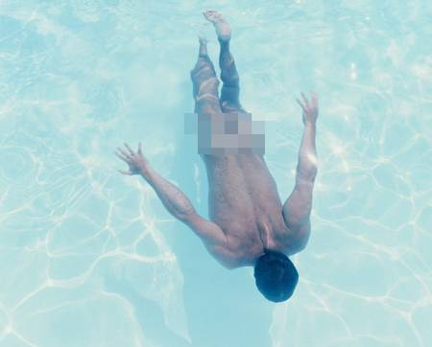 This is just mean. My heart goes out to the guys who didn’t see this one coming. I would say that this could turn out well for some of the pledges that are well endowed, but no dude looks good after popping out of freezing cold water. But were the rulers really necessary? As if hot girls being there weren’t embarrassing enough? Wait a second – what are you going to do with those measurements anyway? I hope they weren’t posted on Facebook or mass texted. That could be really awkward when you’re trying to pick up a girl and she already knows what you’re working with. I bet the less fortunate pledges didn’t get laid for a whole year.

10. “My pledge brother’s Big was the king of hazing, and he loved to fuck with all pledges but especially his littles. From the beginning of pledging till we were all initiated my pledge brother was his human alarm clock. Every morning, my boy had to wake up and call his phone and tell him the time and the weather. A lot of the times he would say “snooze,” and my brother would have to call back in 10 minutes, doing everything over again. ” 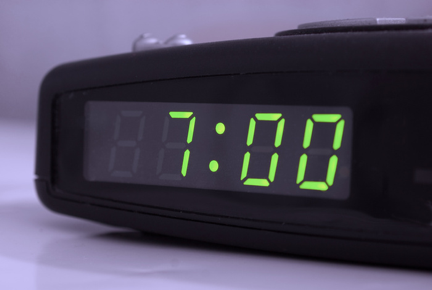 Who wouldn’t want their own human alarm clock? You can’t buy this shit on Ebay…can you? You know when you start to really hate the sound of your alarm? When it really starts to get annoying and piss you off? It’d be nice to take this anger out on a pledge every morning instead of throwing your clock across the room. The snooze thing is a good idea but I hope this kid was reliable or else you’re fucked. I’d take this one a step further and make the kid actually come wake me up every morning. Maybe bring me coffee and an egg sandwich, too.

Check out  http://www.hazedandconfused.com for even more anonymous hazing stories!

Socialite Approved: Par-City’s “Who You (Remix)”