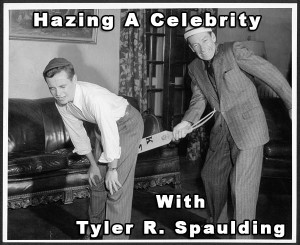 Campus Socialite Nation, you guys are kick ass. After rolling out my new column “Hazing A Celebrity” last week, I have been getting an insane amount of messages and feedback. I knew I wasn’t the only one who wanted to see shitty actors and musicians getting hazed, but damn you guys are some sick bastards. This week I decided to pick on America’s current pledge, and NBA Finals goat, Lebron James.  See how King James officially brings his talents to my basement, after the jump. 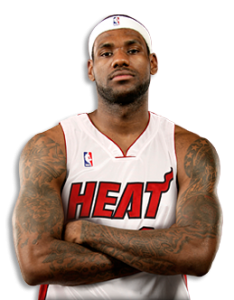 After abandoning Cleveland and pissing on the key to the city, Lebron went on to ride the coat tails of Dwyane Wade which included a whopping four points in the fourth quarter of the finals. His infamous Nike “What Should I Do” commercial was a huge slap in the face to the world, not to mention the shot he took at a throwback Campus Socialite, Charles Barkley. You’re better than that ‘Bron. King James’ State Farm commercial was an even bigger joke with the world’s smallest violin, which apparently the Basketball world is playing right now while James is looking for some guidance. Last year’s hero has turned into an instant mush – no ring, a mental collapse for the ages, and his mom being pimped out to the league, showed Lebron’s many weaknesses. It’s time to get hazed.

Step Up For Your Pledge Brother

Everyone knows the biggest part of pledging is stepping up for your pledge brothers when in need. Lebron clearly has issues with high pressure situations, so time to exploit this flaw. Thanks to the help of all-around badass Mark Cuban, we were able to “get” all the Miami Heat players into the Campus Socialite basement for some good old fashioned hazing. Who would have thought that twelve million dollar, professional athletes would all be relying on one of their own to get them out of a shitty situation and into the promised land (yes, cheap beer and sorority girls are the promised land)? After James himself, I call this event, “The King.” 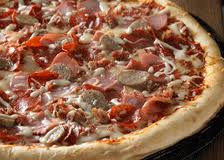 An entire pizza topped with chicken, bacon, sausage, pepperoni, meatballs and eggplant with a liter of cola are on a table in the middle of the room, with a recliner (which we will call the throne) in front of the the table. Twelve seats surround the table, each seat has a bottle of a clear unidentified liquid and a square of toilet paper. Clearly violating the NBA substance policy, all Heat players rip fat blunts until the place is nicely baked out. “The King” is chosen and takes his place on the throne. In this case it’s Lebron with a goofy ass stoned glaze over his face. D Wade, Chris “The Predator” Bosh, Chalmers and the rest of the Heat players are all high as shit and manage to take the seats surrounding the table.

The task is simple – “The King” must finish the entire pizza and liter of cola in one hour, every ten minutes that go by with food still on the table the rest of the players must take a nice healthy sip from their bottles. What a good Pledge Master I am, always looking out for my guy’s nutritional needs, I know they are all thirsty so I give them drinks. To Lebron, who now has the munchies real bad, I give an entire pizza and a freaking liter of cola! Pretty simple night for the guys right? Think again…. 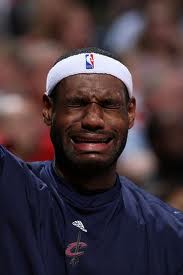 Turns out Lebron Crying is a real thing and the so called “King” really doesn’t like his place on the throne. He gets through about half the pizza and takes a solid 24 minutes before eating another bite, the guy just can’t close the deal. He throws in the towel and the rest of the team over the course of the night has no choice but to finish their bottles. Remember that unidentified liquid the rest of the team was drinking? Turns out Ex-Lax really quenches your thirst when hungry for a championship. I now have one “King” feeling full with a belly of  meat pizza and the rest of the team feeling a belly full of laxatives and one square of toilet paper to support it. I get Mark Cuban to shuttle these guys out of my house and drop them off a few blocks away from the University of Miami, rumor has it Mike Bibby and Udonis Haslem  shit their pants. Once again, Lebron has failed to deliver for his teammates when in need.

This job really is too good, sorry for the hazing King James but it was much needed. Make sure to check in next week as I haze another celebrity. If you have a celebrity douchebag you want to haze or any methods you would like to see done hit me up on Facebook and you could be featured in next weeks column. Keep living the dream Socialites….