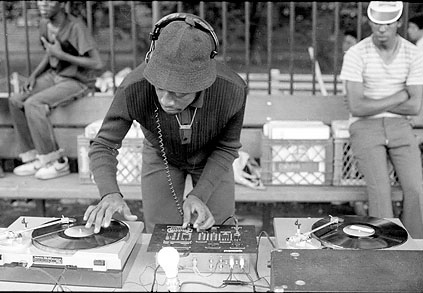 In honor of Black History Month (the shortest month of the year, go figure), I have decided to recognize a few individuals who have played an immense role in jump-starting the now popular, world-renowned genre of music we all admire and call hip-hop. Before there were rappers, Masters of Ceremonies (MCs), and the Jay-z’s and Eminem’s of the hip hop world; before there were sold out stadiums, millions of records sold worldwide, and music videos on YouTube… There was a DJ, and only the DJ. Nowadays, the music industry’s main focus is the rapper, but back in the mid 1970’s to early 1980’s, the DJ ran the show. It was the DJs who introduced or even pushed the idea of MCing, which ironically today has moved to the forefront, overshadowing its creator. If you are still convinced hip-hop was created by a microphone rather than some speakers and a turntable, then here’s a quick history lesson. With the decline of disco music in the early 1970’s and yet still a high demand for up-tempo dance records, birthed the break beat and its originator, Jamaican native Clive Campbell, better known as DJ kool Herc. In 1967, Herc and his family moved to the Bronx in NY, where he got his start, renting out the community center in his building and throwing parties. Using a guitar amp and two turntables as his sound system, Herc played records from James Brown and Aretha Franklin, drawing in huge crowds. With these records, Herc focused on isolating the “break” –the short section where all the instrumentalists dropped out of a record except the percussionists. He would play two copies of the same record on two turntables and when the break on one turntable finished, he would play it on the other. This would make party goers dance and go crazy; hence the name break-dancing. And with that, people, the foundation of hip hop was laid down. 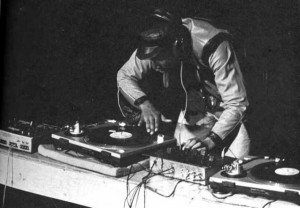 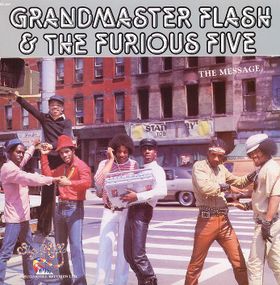 Inspired by Dj Kool Herc, Grandmaster Flash not only DJed, but turned the “break” into a sophisticated form of music. Flash intellectually snipped out what he considered the best parts of records and pieced them together to format a recognizable beat. Flash also introduced new techniques of scratching to the forefront, utilizing the crossfader on the turntable, backspinning, cutting, slicing and dicing records. Not only did Flash DJ, but he also had a crew of MCs, called the Furious Five, who would rap. Herc and others also had MCs, however they usually played the background and their speech was limited to informal, short rants like “Who’s in the house?” and “Yes, yes y’all, to the beat y’all.” In 1975, Flash and the Furious Five were credited as the first to actually be on stage, performing practiced, complex, and arranged lyrics. Before Flash, there were breaks played by DJs, B-boys who break-danced, and MCs who “rapped.” However, only after Flash was there a new form of music called hip hop. 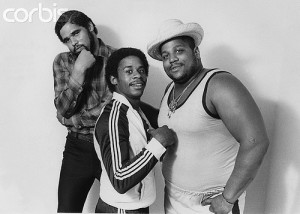 Even though Grandmaster Flash and the Furious Five had some success and popularity, it wasn’t until Sugar Hill Gang and their 1979 hit “Rapper’s Delight” that hip- hop moved outside of the South Bronx and Harlem. Based on Chic’s record called “Good Times” and a guitar sample from their label’s house band, Sugar Hill Gang is solidified as arguably the first hip-hop group with a multi-platinum selling record, placing them in the rap record books forever. Furthermore, groups like Run D.M.C and Public Enemy emerged years later and the rest is history… Black history that is.