I just went from 6 to midnight pretty fast.

Was it the best episode ever? No. But the fact that they used the most bad assed character’s back-story to revert back to old-school Lost story telling, complete with interweaving plot points…it just has to bring a smile to your face.

Line of the episode:

Regardless of how you feel about the freaky cult leader’s antics — notice how Claire grabbed Kate’s hand in blind faith as he preached to the youngins — the dude seems to be honest. If he remains that way, or keeps his word – well…

From the moment they opened on Sawyer’s suitcase con again you had to guess 1 of 2 scenarios. (1) He’s obviously some massive charity donator and this is all a big misunderstanding. Or (2) He’s an undercover cop.

Wouldn’t have guessed that Miles would be his partner. (P.S. don’t be surprised to see Sawyer and Ana Lucia saddle up next to each other at the LAPD lunchroom.) And I wonder if, like Patricia Arquette in Medium — which I assume is about a cop who has special psychic abilities — Miles still has his sixth sense. Talk about spin off potential. A workaholic cop with a lifelong vendetta, whose second only to Clooney in coolness, teams up with an Asian Haley Joel Osment to solve crimes. Sexual tension ensues between Sawyer and co-worker Ana Lucia, who slept together once or twice, but only when she turned to the bottle. Maybe he’s even the one that got her preggo before she got shot in her own back-story. Just speculating…

Two other points of pimp-ness. First off, if undercover cops really sleep with hot broads before arresting them and avoiding all long-term commitment, I am changing my career path. Secondly, Charlotte makes recurring character #4 that Sawyer has shtooped. Despite who Jack’s baby-mama is in his side-flash, and it might be any number of characters we’ve met, Sawyer still trumps him with what 50 Cent describes as his magic stick. I hope Sawyer hate-smashed Charlotte. I really don’t like that ginger. 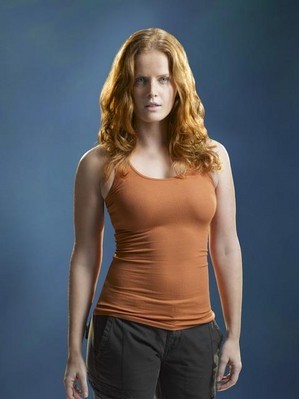 Ballsmell’s talks about wanting off the island. Jacob wants to protect the island. Is it more than possible at this point that Jacob was GUARDING Ballsmell rather than protecting the island? Maybe the “island” years ago that Jacob was protecting was Pangea. They’ve been stuck there for a while, so it isn’t unimaginable that at one point of their stay, all the continents of the world were clustered together to form one huge island. Jacob is protecting the world from Ballsmell, who has been trying to escape for eternity. Jacob is looking for the right candidate to become the new Tim McManus — hence why there are so many actors from Oz that make appearances on the show. However, Jacob realizes, maybe through his study of human nature, and his own loneliness, that this isn’t a job for one person. Rather, it’s a job for a team of people. A group of candidates, assigned numbers that add up to the perfect solution. Maybe Adam and Eve together are supposed to keep Ballsmell in check while the world lives happily ever after. Maybe just the coach section of Flight 815. So in order to avoid another spin-off in the form of Prison Break: Ballsmell…the island needs protectors. The misunderstanding is they’re protecting the rest of the world.

When Ballsmell asked for recon, it kind of reminded me of Ben ordering Goodwin and Ethan for lists from the original plane crash.

Gotta love the writers really trying to establish the love triangle again by any means necessary.

Claire straight up Jerry Springer-ed Kate, taking her down with a knife to the throat, while Sayid strangely watched unaffected. It’s clear that he is now overpowered by the sickness. And all of a sudden, a joke comes out of left field!

What did the five fingers say to the face? SLAP!

It’s been really hard to not trust Ballsmell. It’s even harder to hate on Locke’s crinkled, wrinkled smile. And while I don’t condone violence against women, EVER, unless it’s in a wrestling ring filled with oil/pudding/jello/etc. or in the shallow end of a pool or on American Gladiators or on stage at a strip club between two of the dancers or two chicks in the Flavor of Love house (all of which are women-on-women crime)…it was good to see Ballsmell re-emerge as a clear villain. He is evil. Incarnate.

Sawyer finds Zoe on Hydra island…I’m always pleased when a guest star shows up on Lost. Usually, though, it’s in the flashbacks. But the fact that ABC was able to get Tina Fey’s doppelgänger to do a spot on the show! Wow! 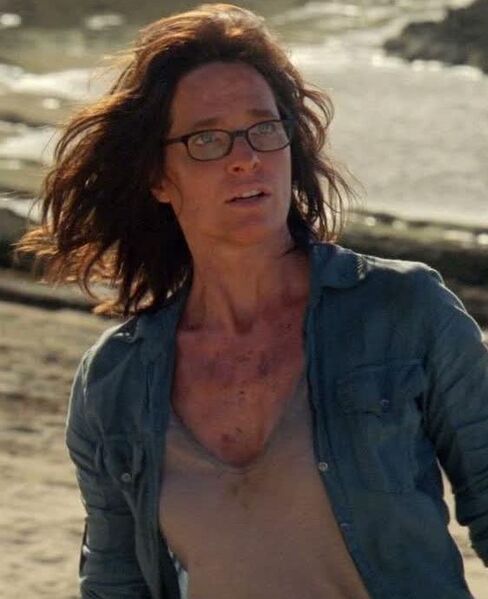 In the side flash at the police station, Charlie’s brother is there to bail him out of jail. He’s clean and sober. And he’s in America.

It will be interesting how they tie Rousseau and Claire together in the long run. Was Rousseau Ballsmell’s first attempt at an escape? But when she became isolated, he was unable to get to her? Kind of like how Desmond was untouchable for a while. Were these all attempts that didn’t work out?

Another Oz cameo — one of Widmore’s henchman was one of Shillinger’s sons.

Another point of evidence that Ballsmell is the bad guy, suggesting that Kate should raise Aaron. Have we all forgotten that none but Claire can raise this baby? Or is this just a big set up for changing the course of history so that Claire never became crazy and can raise Aaron herself?

I thought it was a good way to pound the point home — If I could only change things — Ballsmell says on the beach. Maybe he and Jacob are brothers. Maybe they’re not. Either way, since the inception of the show, it’s been about redemption and, more confusingly, the space-time continuum. These flash-sideways seem to be those chances at redemption. So right after Ballsmell talks about changing things, second chances…

Sawyer tries to patch things up with Charlotte. But he blew it. He doesn’t get a second chance with her. Even after bringing a sunflower. And a classy six pack under his arm. Did anyone see that? A six-pack? Really? Sawyer, you nail women. You woo them. You court them. You know better than to bring a 6 pack of Tecate Beer, or even Miller High Lifes, to a girl’s front door. They might claim to be the “champagne of beer.” But beer is not champagne. Strike 2 – copper.

When Sawyer goes back to the main island, playing Widmore against Ballsmell, being honest yet conning both sides, looking out for numero uno….this is the first time I’ve ever been afraid for Sawyer’s life in the show. I really don’t want him to die. NOTE TO WRITERS: Kill off everyone you want except Sawyer, Desmond and Hurley.

And then Sawyer runs into Kate the outlaw. He apparently knows her. Maybe he was yucking it up with another man of the law at the gate prior to boarding Flight 815, who had Kate in shackles. Maybe he just had a dossier on her. Maybe they encountered each other while Sawyer was searching for his parents’ killer in Australia. Remember, we don’t know what crime Kate perpetrated in this alternate reality. But we’ll figure that out soon enough.

Firstly — who’s gonna drive the submarine off the island? I’m reminded of one of my favorite episodes of all time, “The Long Con.” Sawyer convinces Locke to move all the guns out of the hatch. The episode ends with a gunshot, Sawyer comes out of the forest claiming there’s a new sheriff in town, holding a rifle over his shoulder. I know Sawyer was happy in Dharmaville. He and Juliet had a love nest. He had a good career. He had a couple of Asians working underneath him. But if you think that the guy wouldn’t have a back up plan even then, you’re crazy. He saw the angles. And you better believe that during his time working security at the Dharma Initiative, he buddied up to the submarine…captain? I don’t know what you call someone that drives the submarine. Anyway, he buddied up to the captain and learned exactly how to man that machine. Just in case the black smoke attacked. Or the sky flashed again. Or whatever scenario the con man foresaw…

Lastly, we don’t know that Locke’s father is still the con man that Sawyer seeks. It may not be him. According to Helen in Locke’s flash-sideways, they were going to invite Locke’s father to their wedding. So let’s assume it is the same guy. He’s a con man who reformed his ways and made amends with his son. Doesn’t it feel like this alternate reality is going to come to a head at Locke’s wedding? 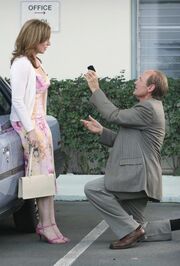 Jack will be invited after he does everything he can to fix Locke’s paralyzed state.

Ben will be invited — maybe with a plus 1 (Juliet? Rousseau?) because you gotta invite some co-workers.  Hurley might be invited, because he got Locke a job. They might have kept in touch.

Then you have Sawyer. Maybe with Kate as a sidekick. Tracking down his parent’s killer. All the way to Locke’s wedding. And he’s going to kill him in broad daylight just as Helen is cutting the cake. Maybe it goes down like that.

But it only ends once. 8 episode from now. Everything else is just progress.