Someone asked me last night what I thought of the episode. I said I really liked it. Why? Because I didn’t have to think. There’s a reason why millions of Americans look forward to CSI and NCIS and Law and Order every single week. The TV does the thinking for you. I never got that until Lost frustrated me to the point where I almost give up and said, “Fine, think for me. I forfeit.”

But this episode was more than that. I had the distinct feeling, like Sawyer said, “this is all gonna end soon.” It felt like we started to finally progress into these final episodes with an assurance that things will slowly become apparent. It will be less speculation and more an overall picture being drawn.

“That’s one stubborn tomato.” – Jack, but seems like a season ago it would’ve been a Locke line

“What she said.” – Sun’s rant in Korean about not going on the plane

So we open up with a night goggles video of Ballsmell’s troupe. Importance? It would appear this is surveillance set up by Widmore. This means that everything that’s been said since the submarine landed on Hydra island has been heard. Sawyer telling Ballsmell about his recon mission – that was heard. Question is, did they hear him ask Sayid if he could swim to set up that sneak attack?

Either way, what we’re learning is that Ballsmell seems to believe in whatever it is that Jacob is selling. Candidates. One of them will take Jacob’s place. Jacob is/was the only thing keeping Ballsmell on the island. But now that he’s dead, it seems as if the right candidate has already inherited the power to keep the Man In Black right where he is. So, as to not take any chances, he’s recruiting all the Candidates to get off the island with him. Both Kwons. Any and all Shephards. If they all go, that means the right one – Jacob 2.0 – is leaving too. And nothing will keep him there any longer. 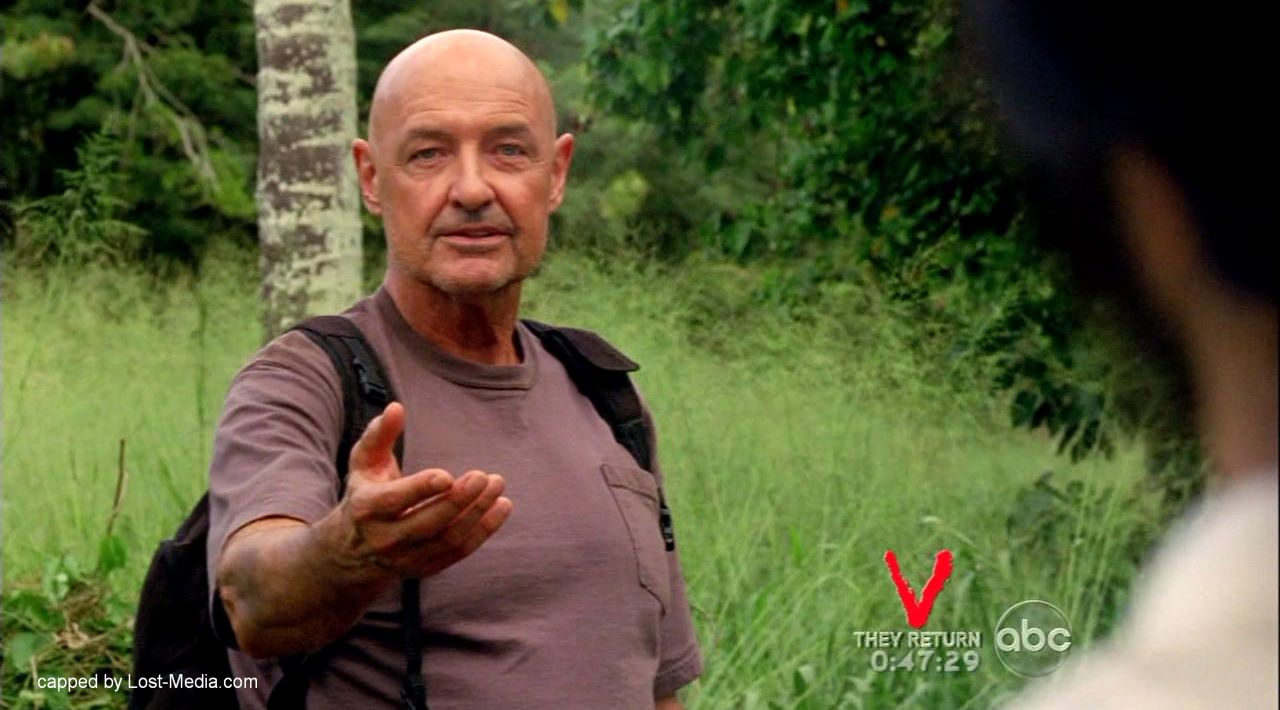 Of course these flash-sideways are going to remain frustratingly unclear. Why does it matter that the Kwons aren’t married? Not to mention every other alternate scenario created thus far. Does this mean that Sun isn’t the “Kwon” candidate, since her maiden name is Peck? Sun doesn’t know English off of the island in this flash-sideways. Mikhail (the Russian formerly known as Patches O’Houlihan) gets his eye shot out.

Sun just lost her ability to speak English on the island. Let’s assume that Mikhail came over to our tropical paradise at some point with both eyes fully intact. So is what’s happening in this flash sideways directly related to what happens to our cast on the island? Is it as if what happens is unavoidable? 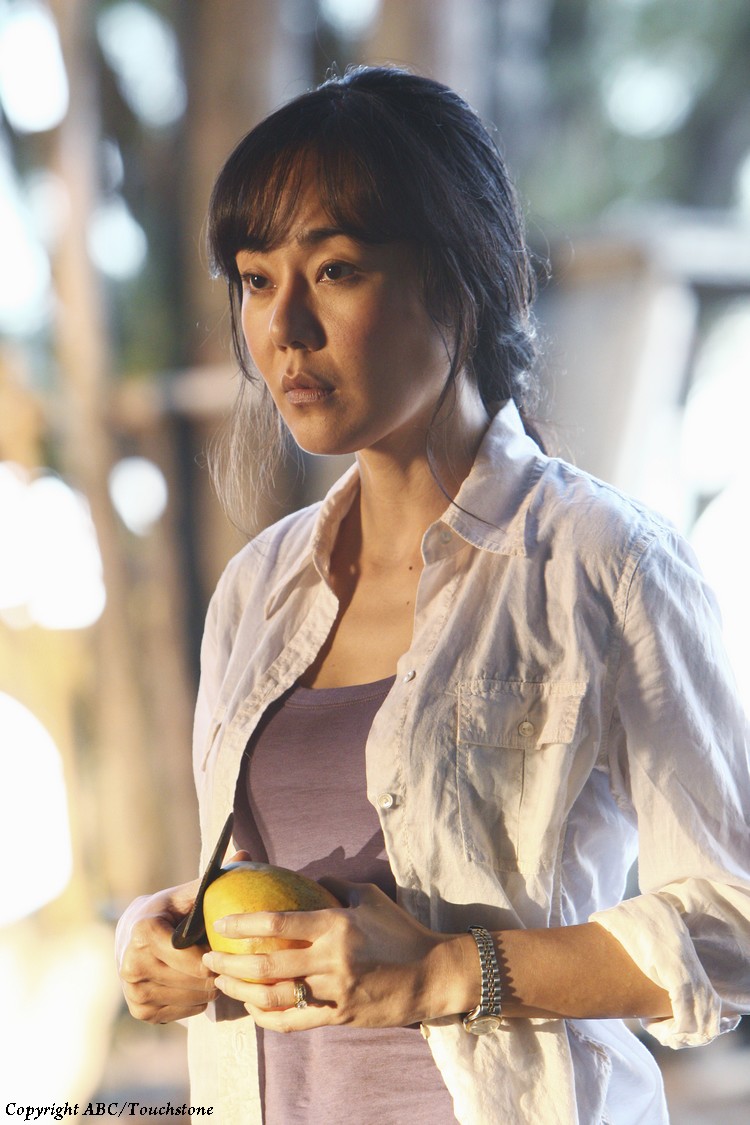 I’ve never met a scientist. I’m not counting my 3 beloved high school science teachers. Mr. D, Mr. Wolber and Mr. Tursi are all the man, respectively. But there are too many scientists for my liking on this show. Tina Fey returns with a more prominent role, making it quite clear she’s a geophysicist. What gives, goober? Unless you’re planning on breaking out of Shawshank with a rock-hammer, I have no need for new, geophysicist characters, thank you.

One of my favorite moments of the episode was when Sun was working in her garden again. Call it nostalgia, but it brought me back to season 1, when all was right with this show. When Sun got stressed, she worked in her garden. When Sawyer got stressed, he banged a girl on the island that he hadn’t banged before. But back to Sun, she stayed on that plane from Sydney to LAX. Her plan was to jet at the airport. She stayed for Jin. He’s all she has, and all she’s ever wanted.

It’s one of the 3 love stories that actually work on the show, and I think her faux Demi Moore Striptease in the hotel room summed it all up. We care about these two. I always find myself pissed off when I realize an episode is going to center on the Kwons. And I always end up saying, “I shouldn’t sleep on these Koreans. I shouldn’t sleep on them one bit.”

Interested to find out why Ballsmell can’t turn into the black smoke in order to get to Hydra island. Is he like McFly’s hoverboard?

Or is there more to it, kind of like chess pieces. Ballsmell might be a “Queen,” but even that piece has limitations on the playing board.

Um…it’s the second night of Passover. If ever there was a time to whip out a Jewish character…perhaps Rose and Bernard enjoying a Seder? Vincent comes over and steals the afikoman? No? Not going to happen?

And after all this. After Widmore helped Locke get the O6 back to the island – which in turn will help Ballsmell – it appears as if he’s not on his side after all. For he delivered #118 to the island, another lock(e) on the door to keep Ballsmell exactly where he’s supposed to stay.

Dez Bryant, I mean Desmond Hume is important. We know it. The Irish music in the coming attraction told us so. And as a parallel to Mr. Peck trying to do away with Jin Kwon, Charles Widmore is protecting his own daughter from who he believes is the wrong suitor. I won’t even speculate on why Widmore knows Desmond belongs there. There will be time for that next week. 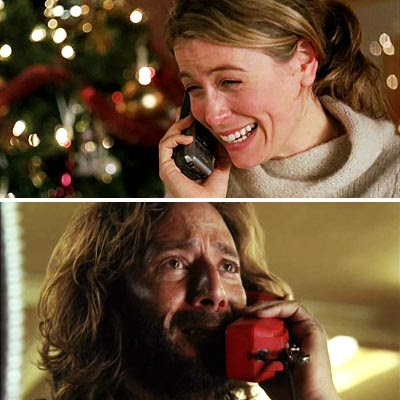 Are we ever going to find out the deal with Walt? Are they going to tie him into the ending?

But it only ends once. 6 episodes from now. Everything else is just progress.

University to Provide iPads for All New Students

Sneak Peak Into the Final Season of The Hills