MLB Players Will Live Tweet During The Home Run Derby

Derek Jeter just became the 28th player in history to get 3,000 hits, Manny Ramirez is retired, and The All-Star break is upon us. What a great time to be a Baseball fan. On that note, in this day in age, sports (notoriously behind the times) are going full-force on Social Media. Dana White is paying UFC fighters for Tweets, Mark Cuban is already getting fined for them, and now the MLB will be allowing its players to live Tweet during the entire Home Run Derby. Come for the long ball, stay for the trash talk.

I should add, and I realize that I’m the only one with the balls to say this, but I’d rather watch Women’s Curling than an entire Home Run Derby. I can’t think of anything further from Baseball than watching every one-dimensional power hitter in the game swing a bat like a battle axe at 70 mph Fastballs. As it stood last year, I’d get about 30 minutes in, and then promptly check HBO. That’s why I say major props to the MLB for adding the live Tweeting. Now, I’m interested. 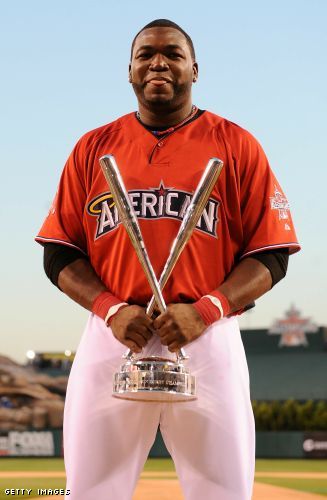 Due to the sport’s generally conservative nature, you would never know how many big personalities there were in baseball. When we do catch glimmers of quirks and personality, it’s usually while the player is being fined for it. Thankfully, nothing adds humanity to professional sports like Twitter, and for something as lax and friendly as the Home Run Derby, it can be a great tool for enhancement. Nobody wants to watch athletes on rival teams, smiling and slapping hands with each other while their supposed to be competing. but If that’s the way it’s gonna be, you need some friendly fire, some beer pong style trash talk, and best of all, some interaction. Twitter, Twitter, and more Twitter.

There’s no precedent, so It might take a little while to really get this going. We all know David Ortiz will have plenty to say, but who knows what Matt Kemp or Howie Kendrick is going to have to say. All I know is, for the first time in as long as I can remember, I am going to make some pop corn, grab a 6 pack, and prepare to actually watch an entire Home Run Derby. Congrats MLB. Now make me interested in Spring Training and The World Baseball Classic.

Check out all Home Run Derbiers and Twitter Handles below: