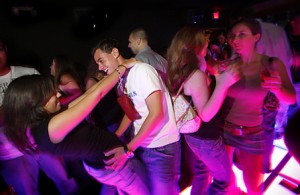 So you go out to the club on Friday Night, talk to a bunch of different girls, and eventually find one girl who is extremely cool and hot. The two of you continue dancing the night away; you periodically make trips back to the bar to buy her drink after drink. At the end of the night, you rack up a hefty tab but get her number and go your separate ways.

The next morning, this same girl requests you on Facebook. You calmly add her, but can’t help feel excitement for this new friendship to begin, which could possibly result in eventually getting laid. After she sees you confirmed her as a friend, she begins to stalk your profile page to see what you’re all about. When she lands on your profile she finds multiple discouraging things… 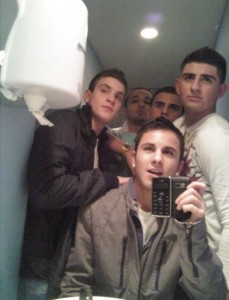 The infamous self-taken picture of you looking at yourself in the mirror. I guess one mirror picture is normal but when all your profile pictures consist of those you took in in your bathroom, she might doubt your credibility. This can lead to her assuming you have little to no friends, thus resulting in no action for your dick.

2. If You Repeatedly Update and Like Your Own Status

I know a good amount of people who find the need to let the world know what they’re doing every second of the day. This can be rather creepy considering how many people can access your Facebook, sometimes even leading to stalkers and crimes. Girls like privacy, and updating your status every 10 minutes won’t win you any power points there. Also, people who continually like their own statuses don’t give the impression of being popular either. Obviously you like your status if you posted it publicly to 100 million people all over the world. This is just plainly stating you get no ass.

3. Adding Random Girls and Commenting on all Their Pictures

If you don’t know someone, you probably shouldn’t add them as a friend. Facebook lets us expand our boundaries and meet random strangers. Some guys look at girls’ profiles and try to add all her friends, who look good in their individual profile pictures. After getting confirmed, they then go on to comment on each of the girls’ pictures notifying each one that they look cute and the two of them should hang out sometime. The girls creepishly decline stating they don’t even know you and immediately remove this weirdo from their long list of Facebook friends. 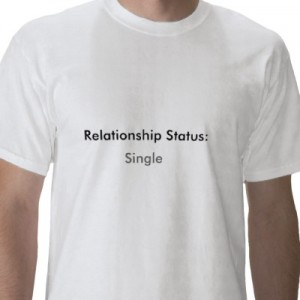 4. Being in a Relationship

So the girl you hooked up with all night ventures to your Facebook page and sees you are in a relationship with another girl. You repeatedly told her last night you were “single and ready to mingle.” This is the ultimate disrespect for a girl; she immediately deletes your number and blocks you as a Facebook friend.

Last night you claimed you were a CEO for a major corporation. This was the reason you constantly spent money like toilet paper on drinks for this girl. After accessing your Facebook, she finds out you currently are on unemployment after getting fired from your drive-thru Wendy’s job. This is another instant turn off for a girl: a man without a job who repeatedly lies about his professional career. 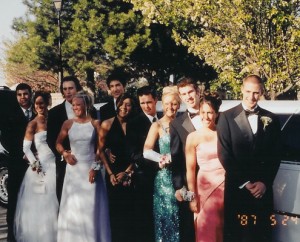 Almost everyone with a Facebook has some sort of high school prom pictures uploaded on their profile page. The girl you just chilled with all night is very curious whom you went to prom with. She will give you a grade depending on her morals. She will look to see how good-looking the group you traveled to prom with is and she will grade your date on a 1-10 scale. She then follows up by classifying you in a couple different categories including cool, flashy, hot, or nerdy, normal, ugly.

Hoodie Allen Takes Over The State Of Michigan