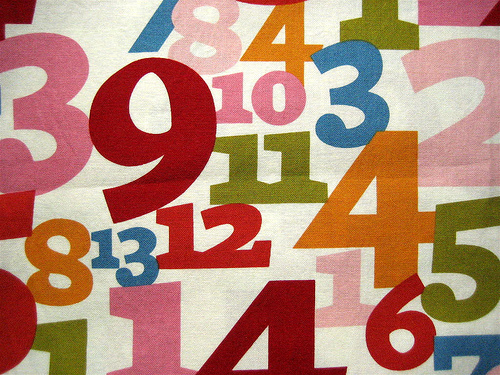 I used to think the worst question you could hear in a relationship is “Hey, do you want to go to my family picnic on Saturday?” but then I realized having to eat warm potato salad and play Bocce with a bunch of 11-year-olds isn’t all that bad compared to the real worst question your significant other could ask…Find out after the jump.

“How many people have you slept with? What’s your number?”

Uh, what? Panic sets in. Face turns red. Palms start to sweat. Do I lie and divide my number in half? Or do I add a few to make it seem like I’m not such a prude? What is the best way to do this? Honesty? Is that really the best policy right about now?

Sharing your number is a personal decision because honestly, whose business is it besides your own? If you’re in a relationship, knowing how many people your partner slept with before you can be hurtful, embarrassing, and/or awkward. But since it was before you were dating, does it really matter? If you have both been tested and are disease-free, who cares? Right?

I personally don’t think you should have to tell anyone your number. If you want to lie and knock a few off from that crazy period during sophomore year, then go ahead. It’s an unsaid thing that when it comes to disclosing your number, guys tend to add a few, and girls tend to divide by a few. Because if a guy has 25 partners, he’s awesome. But a girl, she’s a slut.

So if the question comes up, and you promise each other you won’t get mad when you hear the real number, things should be okay. But let’s be honest ladies, if I’m dating a guy and he can’t count them all, I’m getting pissed either way.

So Socialites, what are your thoughts on sharing your number? Too personal to ask? Or okay if you’re in a serious relationship? Do you want to know your partner’s number? I’d love to hear your thoughts in the comments!

Steps To Hooking Up With Your Boss (And Other Authority Figures)