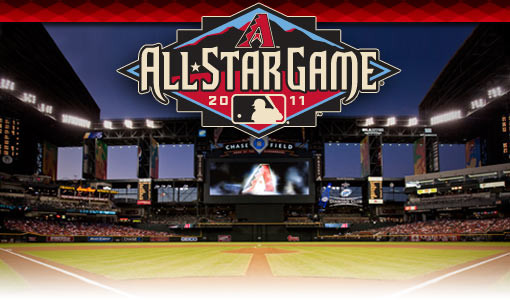 All-Star games in sports are always sort of a crux. It’s all the best players, competing on the same field. What’s not to love? But year after year, less and less people seem to care who wins, and  the saddest part, the players care least of all. The injury risk, the cuts and bruises of half a season past (a full season in Football), and despite the league’s best attempt, the over-bearing meaninglessness. Luckily, at least for Baseball and the MLB, I have some suggestions. Take em or leave em. 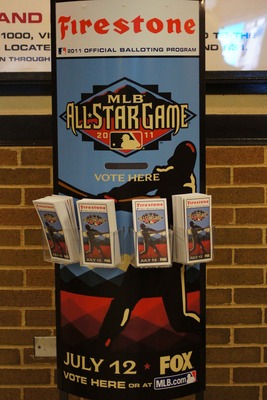 As it stands right now, the utility players are selected by the Managers, and the starters are slected entirely by the fans. While I think this is a “fun” idea and that the league’s heart is in the right place, I don’t think it works in reality. Derek Jeter won’t be playing the All-Star game this year regardless, but the fact that he even got selected is kind of a joke. This coming from a Yankee fan. Players shouldn’t be All-Stars because their teams have big followings and/or all their fans secretly want to watch them Fuck their girlfriends. My suggestion: include the writers too. Make it 50% fan voting, 50% Hall of Fame style voting. This will maintain the fan voice, while also ensuring that players who are hitting .270 and pushing 40 aren’t being called All-Stars.

Give Real Incentive To Players

The decision to make the All-Star game determine Home-Field Advantage was a very controversial decision. It followed a year where the All-Star game was declared a tie, one of the biggest disappointments in it’s history. I for one agree with the league’s decision, but only so far as intention is concerned. I don’t think that particular option was the right one.

Why? Take Jose Bautista, on pace for 62 homers, 130 RBIs, and the overwhelming leader in the voting. The chances of Bautista’s Toronto Blue Jays benefiting from home-field advantage in the World Series are as close to zero as you can get. Trust me, Bautista knows it too. So tell me, why in the world would Jose Bautista make that hard slide into home, or attempt to scale the Right Field wall to snag a potential home run? If he’s smart, he wouldn’t, even if he did just sign a 5 year contract extension.

If the league wants to make these players give a fuck, it needs to put it’s money where it’s mouth is. Give bonuses to every player on the winning team. Base those bonuses on how many outs they play or maybe even their personal performance. Give the MVP a car or a free trip with his family for the offseason. Baseball has been thriving during the recession, so there’s no excuse. The point is, give them a real incentive. Because if you don’t play for a clear contender, Home-Field advantage amounts to much less than cold, hard, dollar bills.

Okay, this is my most radical belief about the All-Star game, and never in a million years would I expect the MLB to actually implement this. But wouldn’t it be fun if just for one night, maybe even just for a couple of innings, you could see Prince Fielder play center-field, or Jose Bautista play short-stop? Make everyone shift positions in the 2nd inning. Have them play their old positions from high school or the minors. Watch the madness ensue.

How bout a rule change or two. What if safe and out calls could be subject to video review just for one night. We’ll be able to see if it actually does slow the game down, and if it’s as Apocalyptic as all the “Human Error” people claim it would be. What if 4 strikes is a strikeout? What if 7 balls was a walk like in the Deadball Era? You could even use Wiffle-Ball rules and make a 5 run rule per inning. Metal Bats? Celebrity Shots? Okay, now we’re getting crazy. But in all seriousness, what better night to experiment on All-Star night? That’s all i’m saying. So come on MLB, show us some balls for once.