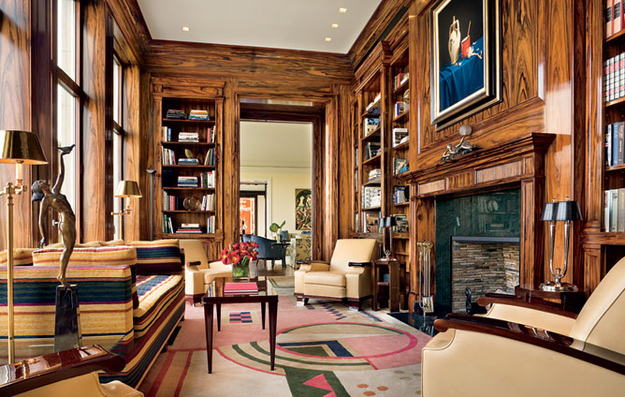 To be fair, he’s asking that price “for charity.” Who knows how much will actually get to the charity. Regardless of who makes out with eight figures, this apartment is quite possibly one of the most amazing I’ve seen, ever. It sits on the border of Central Park West and has a ridiculously riveting view of NYC. Too bad we’re all just lowly college students. 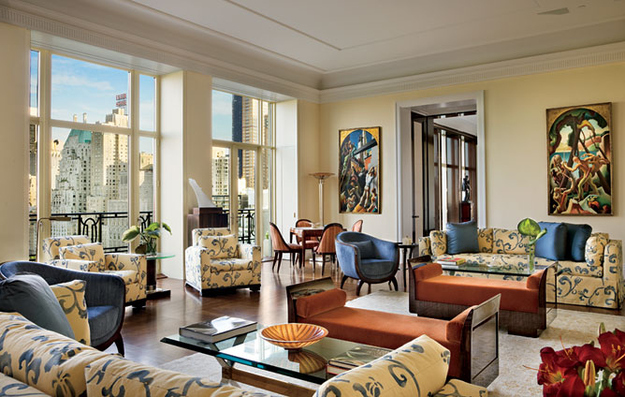 Doesn’t mean we can’t ogle these pictures and dream of what the future might hold, provided that our country doesn’t completely collapse before I can make a cool billion dollars. Back in 2007, Citigroup CEO and president Sanford Weill shattered real estate records by buying the penthouse for $42.4 million. Then our economy went to shit, and Sandy made the list of Time’s 25 people to blame for the crash of 2008. 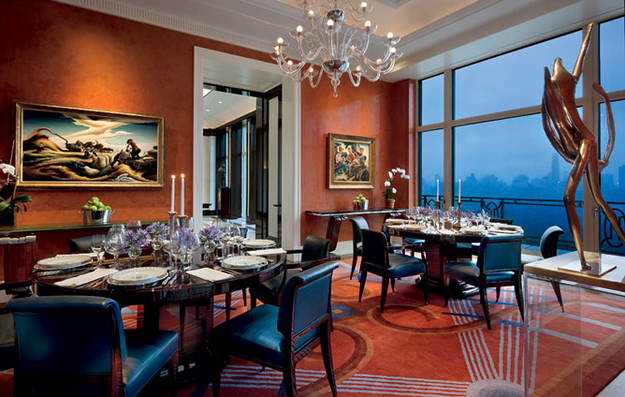 After all the finger pointing nonsense, Sandy laid low – presumably in this apartment, overpopulated by uncomfortable couches and fine art. The dick. Now he’s popped back up to repair the damage that destroying the economy did to his image by selling off the penthouse for twice as much as he bought it for, donating all the money to charity, and then moving his junk down from the 20th floor to the 6th, where another apartment awaits him and his wife Joan. 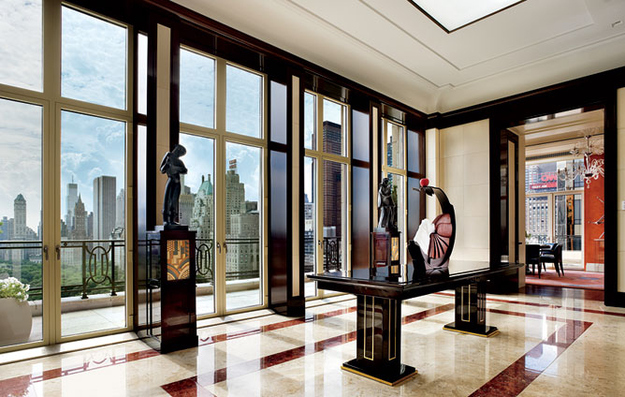 Maybe instead of donating that money to charity he can perform a wonderful charity and just donate the 6,744-square-foot penthouse to me. 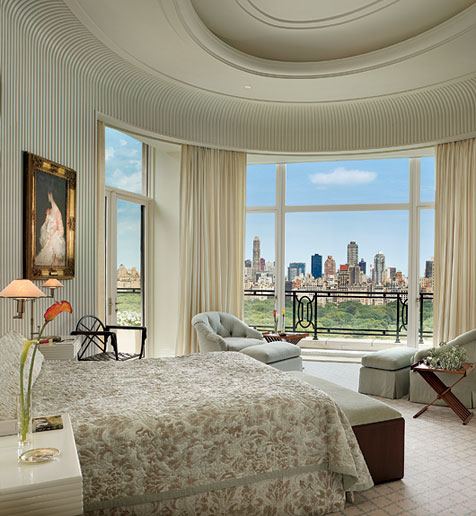 An oval bedroom? That’s the most pompous thing I’ve ever seen. Fuck you Sandy.

Heart Attack Suggestions: The McRib With Bacon And Mozzarella Sticks 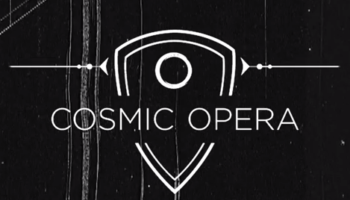