It’s April, and in College that means Spring Fucking Break. Everyone’s booking flights, heading to sunnier locales, and brushing up on their Rum skills after a cold winter of Vodka. But just because parties are moving across the border, doesn’t mean we can’t keep it rocking back here in The States too. Later on today, and all through this weekend, thousands of students will be living it up, for an event known as Little 500. The event itself is actually a pair of cycle races, a Women’s one tonight, and the 61st annual Men’s race tomorrow. So why is cycling an excuse for a 5 day long party, known to some as the “world’s greatest college weekend?” This is college, who the fuck cares?

The official number of spectators to the actual cycle races is 25,000. A pretty beefy number for a bicycle race. Then again, rednecks watching other rednecks turn left is officially America’s favorite sport, but I digress. That 25,000 who actually plan on watching the races is merely the tip of a huge-tastic (yeah huge-tastic) ice berg, comprised of the entirety of Indiana U’s campus, alumni, and a whole mess of their friends and loved ones from all across the country. Outside the stadiums, in the bars and frat houses, the actual number will make Cancun and Acapulco look like backyard wine tastings. 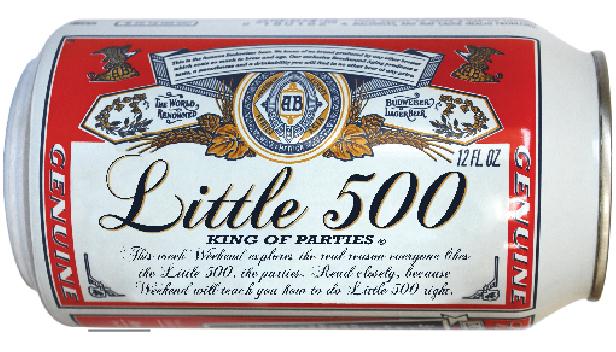 As of today – The Women’s race will take place tonight – Indiana students have been partying for 5 days straight. According to one student “Little 5 parties are just hours and hours of pure shenanigans, whether it is some crazy, 40 person drinking game, a huge dance party, or a couple of meatheads getting in a drunken fight…I’ve seen it all.” Sounds pretty epic bro. As a matter of fact, Indiana Police say that hundreds of students are arrested each year on charges of public intoxication and other wasted-out-of-your-fucking-head related offenses, quote un-quote. Needless to say, cops will be on the prowl, nightsticks clutched.

Indiana isn’t the only area school having the fun however. Over in neighboring Purdue, the annual Grand Prix Go-Kart Race (way more interesting than cycling) attracts a crowd of over 3,000 spectators, and like Indiana, an astronomically larger amount of wasted college students. Just as many arrests too, and with an estimated $400 for a public intoxication ticket, Indiana (they can complain all they want) will be raking in the bills. 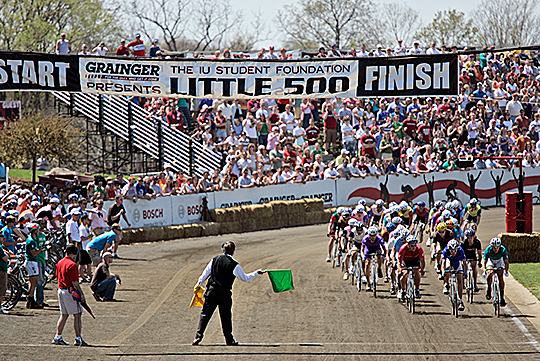 If you live in Indiana, and you don’t happen to have been sitting in your dorm room playing WOW since Monday, nothing I’ve said is probably news. I’m sure you’re way too drunk to be reading a blog right now anyway, though if you’re trying, I appreciate the effort. But for all you non-Indianans who are looking for a party, and don’t mind braving a drive across the great plains, check out Indiana. It may be associated with cycle racing, but I assure you, it’s the best party  this side of Mexico, and if you can avoid being billy-clubbed and ticketed by an army of cops, you will not regret it.