Everything in this world goes around and around in cycles. Acid-wash jeans? Totally 80s – and they’re making a comeback. British bands? Started with the Beatles, but now, all we have is One Direction (the Spice Girls were in there somewhere about 18 years ago, I think, but have long since vanished). Home decor isn’t immune to this cyclical world phenomena – I mean, there was a move to ultra-modernist industrial chic, complete with a tossing away of anything warm and comfortable. But now, warm and fuzzy might be on its way back “in”, pushing the once-popular industrial chic out of the way. Luckily, the minimalists don’t have much to pack.

Excellent question. For those of us who don’t frequent interior design magazines or HGTV, industrial chic is, well, industrial. All of those crazy kids moving into converted warehouses and old brewerys and polishing up the brick and duct work – that’s industrial chic. It’s sleek looking, with an emphasis on high ceilings and natural light. Google image search “industrial chic” for a better idea of what we’re talking about.

Kitchens have caught on to this fad as well. Always wanted to own a restaurant? Well, turn the home kitchen into an industrial chic masterpiece and it won’t be long before there’s a Michelin Star on the fridge underneath the kid’s homework.

What are the perks?

Is industrial chic falling from grace?

How are the mighty fallen, right? The recent recession led to a series of stark design and a focus on minimalism. However, while we were all tightened our belts and scrimping our pennies, a lot of us ended up spending more time in our kitchens with our families. Instead of going out to the movies, we stayed in and raided Netflix. Less eating out led to more home cooked meals, and we found ourselves, as a society, moving more towards function and comfort instead of stainless steel counters and couches that look awesome but aren’t comfortable.

Today, the two styles seem to be merging. We’re not headed back into the days of avocado appliances and June Cleaver, and the minimalist look bore a fair few creative inventions to hide away appliances when they’re not in use. Many interior decorating or construction companies are looking to blend the styles and are creating homes that are functional, welcoming, warm, but they give them a little bit of edge, too. Like the super smart girl in class who wears vintage screen tees and glasses, but just happens to be into death metal.

Whatever happens with the cycle of interior design, it’s important to remember that the most important feature of a home is whether or not it works for the person who actually lives there. Chic or not, industrial or southern, messy and cluttered or showroom-ready, it doesn’t mean anything unless it reflects the style and personality of its owner.

Foreclosures Drops to Levels Seen Before the Bubble Popped 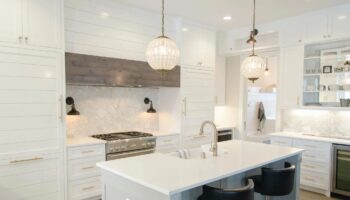 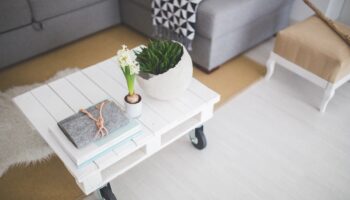 Transform the Basement at Your Baltimore Home 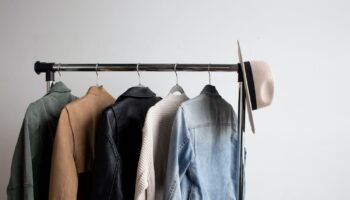 What Are The Wardrobe Basics For Men? 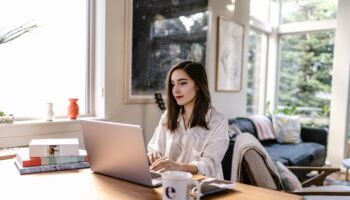