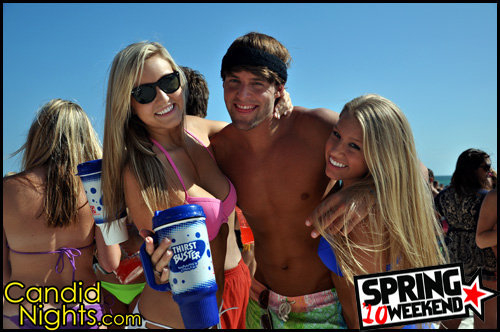 The 2011 Campus Socialite Awards are officially wrapped up. During the awards we saw some major competition and some major swings, but the ones who were truly deserving eventually came out on top. The most important award, the one that bears the name of our site, went to Robby Hayes, 2011’s Campus Socialite of the Year. Robby hails from Georgia, and now attends Florida State University. Over his 4 years at FSU, he has lived it up, conquered all, and truly has become the ultimate Campus Socialite. We caught up with Robby for an exclusive interview and he had a lot to say. Click “read more” to hear Robby talk about being the life of the party, and maybe even a little advice on how you too can be a Campus Socialite.

Robby Hayes: You’re the first, I have been contacted by the others in the form of mass/generic emails, but nothing like the personal hands on messages from The Campus Socialite.

TCS: It’s a pretty big honor to be the Campus Socialite of the year. How big a deal is it that you are the very first? One kind of precedent do you feel responsible to set?

Robby Hayes: Its a very big honor, I was stoked! I feel like being the first Campus Socialite is like being the first President. The people that follow will look at how I made my run, the things I did to be successful, and the fun I had while doing it and try to out-do me!!

TCS: Is being the Campus Socialite something you’re born with or is it something that you need to strive for? What advice do you have for anyone who wants to run their campus?

Robby Hayes: It’s definitely something you’re born with. However, not everyone takes full advantage of it and I think that’s why I came out on top. You can be born with it but if you’re not putting yourself out there at the top of the social scene, playing field, and classroom, then you may never know if you have that “socialite swagger” in you! 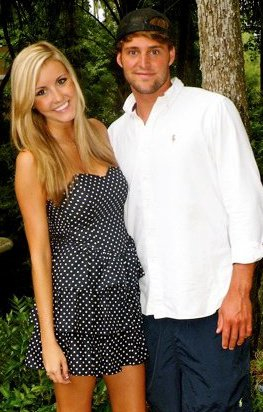 TCS: What is your major and your career aspiration? How do you think being the guy you are, and the skills that helped you win this award will benefit you after college?

Robby Hayes: I’m a double major in Finance and Real estate. I eventually want to get into the Investment side of Finance and be a successful Investment banker. Skills like not being afraid to put myself out there, not being afraid to hop on the big stage are things that I believe will help me down the road. Also the connections Ive made through my social life will come in handy I’m sure.

TCS: When you think college you obviously think beer, and girls, and partying, but from what I hear you’re a good student too and a world class athlete. Is it difficult juggling class and everything else? What’s your secret?

Robby Hayes: Naps, my secret is for sure naps! I figure if I can get some sleep in during the day, some in between classes or practices. Then I wont be too worried about losing some (or a lot) of sleep at night when I’m out on the town. Gotta stay rested and be ready for the next day’s festivities.

TCS: How did you get into swimming? What age do you have to start to be at your level?

Robby Hayes: I started when I was 6, but I think to be successful you would have to start sometime before high school. I had a little too much energy when I was a little one, so the rents threw me in the water so i would actually go to bed at night and it was all history from there. 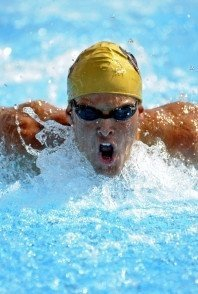 TCS: Throughout your 4 years in college, what was your most Socialite moment? The moment that exemplified every reason you deserved to win this award?

Robby Hayes: Definitely my 21st birthday. I rented out a local bar in Tallahassee on a Saturday night. I set up a $1000 bar tab for the ladies, hired a DJ, a photographer to catch it all cause I knew I wouldn’t remember most of it, and everyone got in free. Me and my closest friends took a stretch Hummer limo to and from the bar and about 350-400 of FSU’s finest attended. I did all this and had to be at the pool the next morning because we were swimming against the Clemson Tigers. Won 3 of my 4 races that morning, then went home and did some major catching up on sleep. It was epic!

TCS: In our other interview with you, you mentioned Carrie Underwood as your choice for a roommate. Let’s say you met Carrie today. Do you tell her that you’re the first Campus Socialite of the year in history? Does it help your cause?

Robby Hayes: Obviously I would, not right off the bat, that definitely wouldn’t be my opening line, but after we got a little further into our conversation and she started warming up to me, I’d for sure throw that out there and use it to help seal the deal 😉

TCS: Speaking of girls, We noticed that you and the lovely Alyssa Quezada, Miss Campus Diva of the year we’re helping promote each other during the competition. Were you friends beforehand, or did you meet her through the awards? Do you plan on continuing a relationship?

Robby Hayes: Ha yea we did kind of help each other out. No we weren’t friends beforehand. I friended her on Facebook and then she messaged me and we came up with a game plan. Never met her but she’s obviously a good-looking girl and she seems cool and down to earth as well. 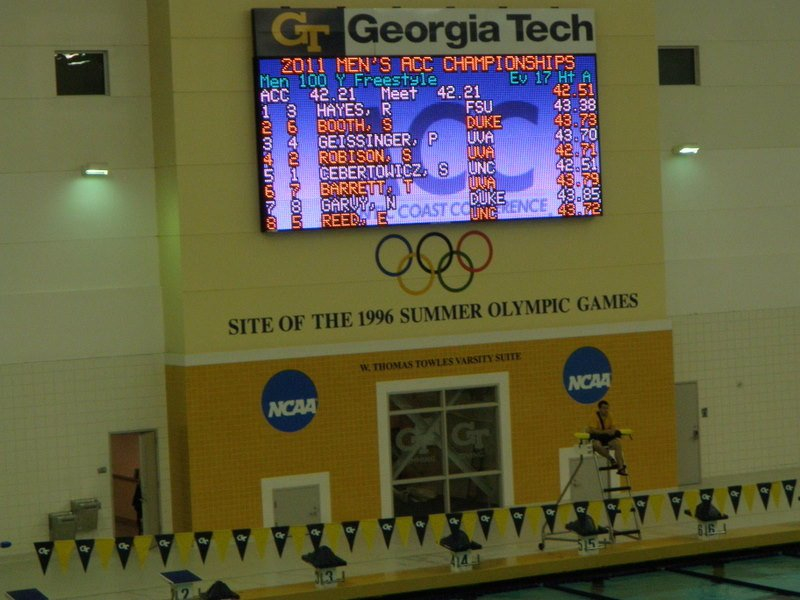 TCS: Why do you think Alyssa deserves the Campus Diva Award?

Robby Hayes: She fits the Campus Diva description; gorgeous, sweet, and makes all other girls envious of her.

TCS: If you could tell anyone alive or dead that isn’t named Osama Bin Laden, to their face, that they are an asshole, who would you pick? Why?

Robby Hayes: Two people; Whoever the hell shot Tupac, because I would love for Tupac to still be here tearing up beats, and Justin Bieber because he hasn’t gone through puberty yet, and girls of all ages would be more than willing to do some jail time for him. Whack!

TCS: Lets say you had to transfer to a school across the country, where nobody knows who you are, and you had to start all over again. What would your strategy be and how long would it take you to conquer that school too?

Robby Hayes: I’d Just be myself. I’m a friendly, easy to get along with guy who likes to party and have a good time, part of the reason I won this award. It wouldn’t take too long. 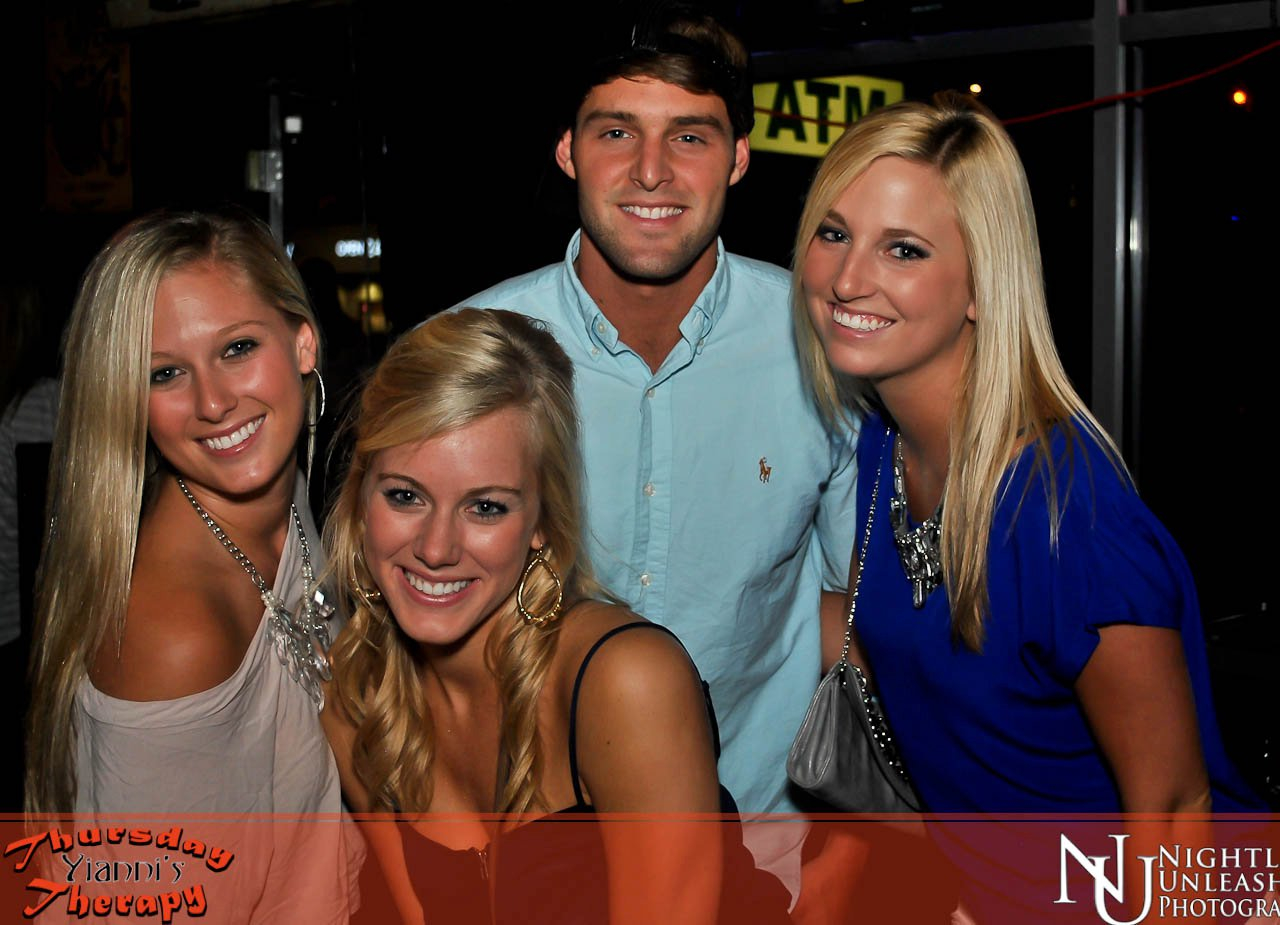 TCS: Does it depend on the school? Where it is and what kind of  people go there? Or is being a Campus Socialite universal?

Robby Hayes: It’s definitely universal but I could see it being more difficult at other random schools.

TCS: Lastly, the awards will be taking place again next year and there’s going to be a lot of kids looking to one up you. What advice do you have for them and why could they never be as good a Campus Socialite as you?

Robby Hayes: I’m the first! No one can one up that, can they? If these awards were the presidential election you’d see my face on the 1$ bill in the future. It’s a big deal that I’m the first ever Campus Socialite, and I believe that these awards and The Campus Socialite are only going to get bigger, but no matter what, I’ll always be the socialite that took this award’s virginity.