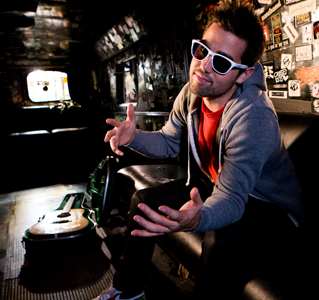 Kelley James has been a mainstay in the college music scene for several years. He takes his unique blend of acoustic fused hip-hop to the road year after year, traveling to universities across the nation performing for his loyal enthusiasts. With every tour comes more college shows, new opportunities, and better stories than you’ll find in a Tucker Max’s Greatest Hits (minus the asshole of course). I had a chance to sit down and talk to Kelley about his world travels, Sorority Life, and fried chicken…

Brian Smith: I guess the question that’s on everyone’s mind when they talk to you is: what is it like to tour the nation performing at sorority houses night after night?

Kelley James: It’s a ton of fun. Playing to a private room filled with chairs and chairs filled with sorority girls on the weekdays, and then heading to a fraternity house on the weekend to play a crazy party. It’s a great time.

BS: Were guys allowed at the sorority shows?

KJ: Once in a while the girls would invite a few guys, but I usually was playing on special occasions for the girls like a Sisterhood event or Bid-Night, so they’re usually all female shows.

KJ: Haha. It’s really fun. The shows are really cool. They have a Storytellers type vibe where I’ll play for an hour and fifteen minutes and it’s really interactive. We do a Q&A, sometimes they ask me to play random {cover} songs; always a good time.

BS: Did you have a chance to see what goes down within those walls after the show?

KJ: The girls are always very hospitable, and are on their best behavior. When the show dies down you get to see how girls interact in their sorority environment. 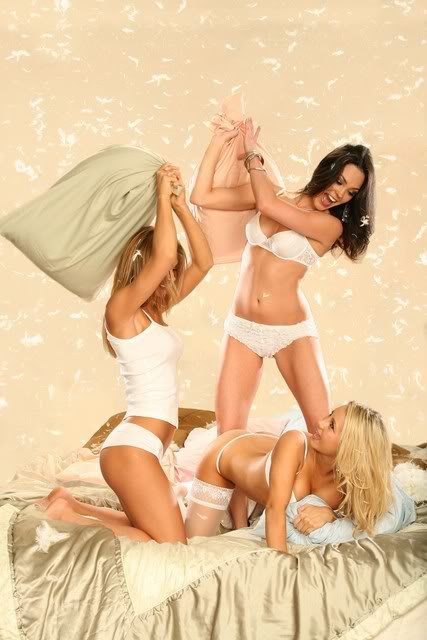 BS: Love it! How many universities have you performed at?

KJ: Definitely over 100 campuses, and every school has such a different vibe. I went to USC, so there’s a ton of school spirit out there, but its in Los Angeles, so it’s great to go to a big campus and rage at schools like Indiana University, Arizona University, University of Colorado…I played at Little 500 in Indiana University with Mike Posner and LMFAO last year and all I have to say is if you enjoy a real college vibe….head to Indiana University.

BS: People may think I paid you to say that being an Indiana University grad.

KJ: So you know exactly what I’m talking about. The women, the vibe, that place has it all!

BS: I couldn’t have said it better myself. So being a USC graduate, you must be a pretty huge college football fan?

KJ: I’m a HUGE college football fan! I was lucky to experience Pete Carroll and some of the most successful years at USC, but I’m even luckier to be able to travel to other schools and check out other school’s football games. It’s easy to watch a game on TV, but there’s nothing like being there. It adds a whole new dimension and makes me appreciate my college experience a lot more. If you’re a college football fan, you must check out an Ohio State home game, or an LSU tailgate. Every fan is there for the game, and they’re so passionate.

BS: Do you have a favorite story from all the years of touring college campuses?

KJ: There are so many stories that I always have a tough time recalling just one. I really like when a university surprises you. I played a show at Deapuw University in Greencastle, IN, and living in Los Angeles for so long, I was shocked to see a small city devoted to getting wild. The best stories always come when you least expect it, although one of the best stories barely involves me at all. I was in Oregon State on tour with my brother, and we had no idea where he was. He never made it back to the hotel, and his cell phone was off. I get a text at like 5 AM from a random number that said, “911 your brother accidentally slept in (I can’t say the sorority house’s name). You have to come pick him up. When I got there, the “House Mom” was chasing my brother out the door.

BS: You had the opportunity to perform with Mike Posner in San Francisco on New Years Eve this year. How was performing in your hometown with one of the most popular artists of 2010? 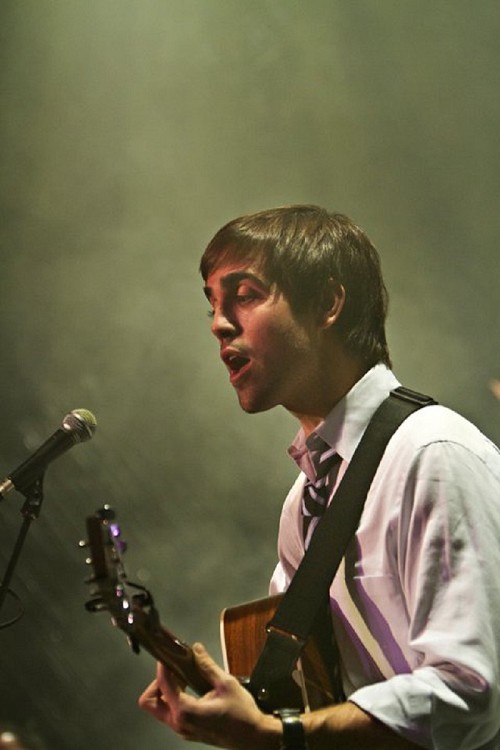 KJ: I’ve done about eight to ten shows with Posner. He’s a really talented guy. A truly amazing artist. He has the legs to stay around for quite a while. Celebrating new years with my crew and his crew was a great time.

BS: Now I did some homework and found you are the brains and the voice behind KFC’s “So Good” song campaign. How’d that come about?

KJ: Yea, a lot of people don’t know about that. I don’t talk about it much. I was hanging out in LA, and met a music licensor, but in LA everyone says they’re a music licensor, so I didn’t think much about it. He asked me if I had a song called “So Good,” and I didn’t at the time, so I wrote up a little tune and sent it to him. Turned out they bought the song, but I didn’t think much of it. I was in San Fran for the NBA Playoffs, and I heard the commercial for the first time. I had no idea it was happening.

BS: Speaking of brands, you’re sponsored by Oakley, Muscle Milk, and Honda to name a few. How has your relationship with such high profiled brands helped your career?

KJ: I’m very lucky to have such great brands support me. It’s funny because not so long ago, it was considered selling out for signing with corporate sponsors, or doing corporate events or songs for corporations. Now, signing a record deal is considered the sell out move. Record labels would likely frown upon me hitting the road playing Sorority shows for a room filled with 60-100 people because they want you playing shows for thousands of people. I have the ability to be creative with the brands I work with, and they’re so much more willing to listen to what I have to say instead of being told what to say. 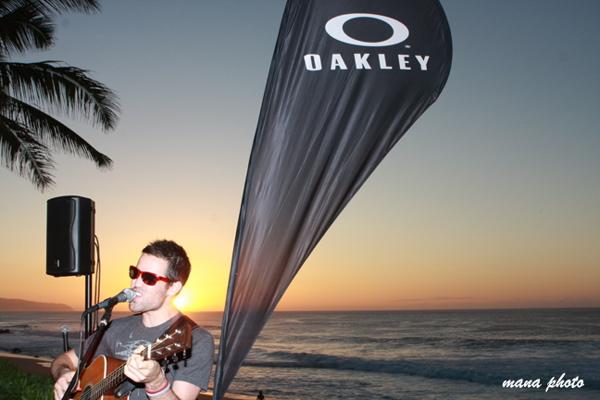 BS: What’s the spring calendar looking like for you?

KJ: We’re going to Sundance this week for a few events, and then have a few shows in January and February, but we’re in the process of filling up the spring calendar.

BS: Kelley, thanks so much for taking the time to sit down and talk with us today. Be sure to check out Kelley’s website to track his tour schedule, as well as where you can buy his new album Break Free.