During the entire Knicks vs. Celtics playoffs series, The Campus Socialite (Knicks) will square off against Dueling Couches (Celtics) in a trash talk showdown.  We’re taking this rivalry from the courts to the blogs.

“Ummm so I just got done reading this little battle between DC and Camp Social Fuck and I’m checking into the game here. Now I’m not doing it because I have some long rant and rebuttal to their stupid fucking article about the 90’s, I actually only have one thing to say (and I’ll take this moment to say a few other things.)” – Intro from DuelingCouches’s response by contributor “The Answer”

First was a response by someone called “The Answer” which ironically only left me with questions, like who allowed this clown to actually publish something on their site, and why everything he says contradicts itself to the point that I don’t know what the hell this dude is trying to accomplish.

My time spent on replying to “The Answer” will be limited simply because I have better shit to do.  In response to you calling us “Camp Social Fuck”, that sounds like the most awesome place ever, and being that you probably can’t afford a lawyer I am going to go ahead coin that phrase, and make a t-shirt out of it. 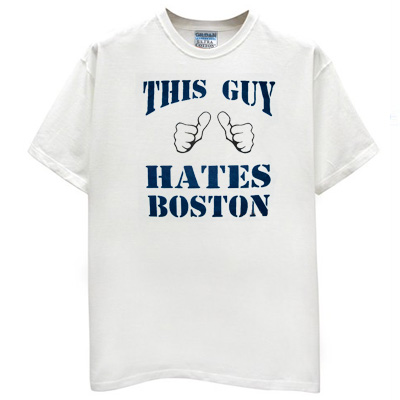 Then on to your actual commentary about the game I will say the following;  I find it funny that you feel Rondo (can’t shoot), Jeff Green (bum), and Big Baby (mush) lead you to a level of confidence in the future.  The fact that you are counting on a draft pick and the hope of a free agent, doesn’t sound very promising either.

To your points on defense, and the Knicks lack there of, we have held your Boston Celtics under 100 pts, two games in a row.  I think our defense has been decent enough.  And to demonstrate how contradictory your ignorant arguments are, you first mention how D’Antoni will be fired, and then say how we wont ever win a championship because of his game plan.  Good point dude.  Well thought out.

You compare the Knicks to the Atlanta Hawks.  The Hawks don’t have Melo or Amare, they have Josh Smith.  Relax on that comparison kid.

The Knicks were by far the more effective team in the half court offense, it was Boston’s offense that all came from their running game.  If you have watched the Knicks in this series or prior to the playoffs, you would know that with the addition of Melo and Billups we have transformed them from a running team to a more half court offense.  Which makes your statement about how the Knicks running style offense will never win in the playoffs, irrelevant.  Lastly, RAY ALLEN might be the best shooter ever, but he was only open because Garnett tripped Toney Douglas, and the ref didn’t call it because you blew him before the game.