Legal Abroad Vs. Illegal in USA

So you’re studying abroad this semester and don’t know what you’ll be able to get away with overseas. Don’t fear, The Campus Socialite has you covered. Turns out going abroad is not only an amazing opportunity, but it’s the perfect chance to do all the things you wish you could legally do in the United States. 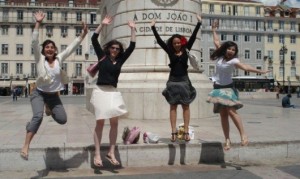 Take advantage of all these things that you wish you could get away with in the US because in a few months when you’re back in the states, they’re all taken away from you.

Legally Drinking Under the Age of 21 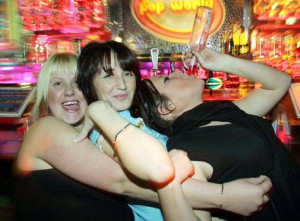 Unlike the United States where the drinking age is 21, you can legally drink pretty much everywhere else in the world if you’re 18. Yeah, you read that right. Being in any other country but the US offers the freedoms of being able to walk into a liquor store and buy your own beer or go to a bar and get a round of shots for your friends. Most countries overseas follow the idea that if you’re legally allowed to drive, and to vote, than you are legally allowed to get hammered at a bar. If you’re going overseas and you are under 21 then this is like a dream come true. No longer do you have to worry about whether or not your fake ID will work. Only downside; come the time when you have to return home, it’s back to begging the upperclassmen to go on an alcohol run for you. 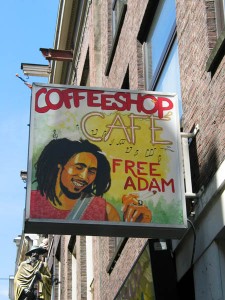 I write this one with a little more restriction than the last. Certain countries in Europe are a lot more lax on smoking weed. Unlike the United States, if you are in these places and you have marijuana on you, you won’t be arrested. In fact, it is a lot more accepted. Amsterdam is very widely know for this acceptance. I know a lot of my friends that have gone abroad have gone to Amsterdam specifically to be able to smoke weed in public without getting in trouble. The best part about being able to legally smoke weed there is you can legally buy it from a coffee shop and not some sketchy drug dealer. This coffee shops are basically like sub shops where there’s a menu of what they offer, you are given your bag with what you ordered and you are able to go and enjoy it where ever you please.  As long as you’re 18 or older, you are good to go. If you are an avid stoner, then I’m sure you already have Amsterdam down for a place to visit. 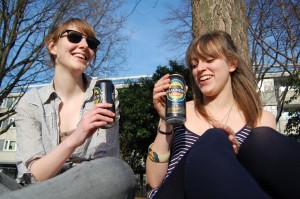 In the United States, if you’re seen stumbling around carrying an open bottle of alcohol, you’re in for a wonderful night dealing with the cops. Countries such as the UK, Germany, and New Zealand have opposite laws meaning you are free to walk around the city with alcohol not only under the age of 21 but you can actually be drinking it in public. It’s no longer a hassle of trying to fill a backpack with a 30 rack in order to avoid the cops. In Australia, though it is illegal to be drunk and disorderly, you won’t be arrested for making a drunk fool outta yourself. Instead, they’re take you somewhere to get you sober and then you’re good to go. Basically, Australia is your sober driver if you need it. Being able to drink in public makes all those times you were trying to be slick when pouring your vodka into water bottles at tailgates seem like dumbest thing ever.

Those are just a few of the many things you can get away with overseas. Enjoy all these new found freedoms and have the time of your life!

College Student Deadlines: How to Avoid Wasting Your Time

Your Luggage is Lost. Now What?