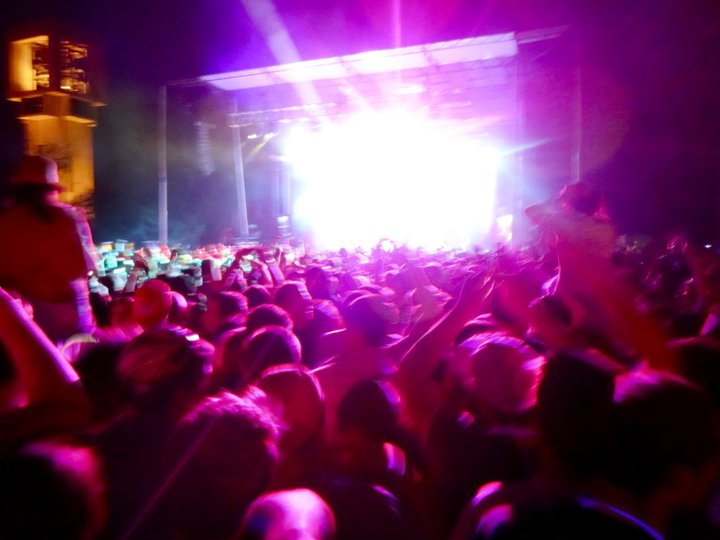 Here in New York, this past weekend brought a lot of rain, losing Knicks, and a few willy-teasing hours of legitimate sunshine. We spent the whole time wishing that we were in Indiana, home of what’s being called the biggest college weekend in the country, Little 500. According to our many campus ambassadors in the region, 2011’s edition of the bicycle race/ 7 day long beer-chugging, pot-smoking, ho-slingin, stuff-show, did not disappoint. On top of the race itself, and the 100’s of parties all around Indiana, there were multiple performances by huge artists, like mix-tape God Wiz Khalifa, and former prison-inmate and cough syrup aficionado, Lil Wayne.  Little 500 is currently in 2nd place in the Campus Socialite Awards: Best College Event category, only behind University of Wisonsin’s Mifflin Street Festival. If you didn’t make it, shame on you, but we won’t hold it against you. After all, it’s our job to bring the party to you, and that’s exactly what we plan on doing. Check out photo coverage of Little 500 2011, after the jump.

Thank You to Jenny Popper, our Campus Ambassador at Indiana University

How to Stay Safe During Fresher’s Week: A Guide