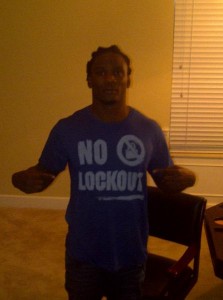 Since the NFL Lockout is here and all NFL Players are currently unemployed, a good amount of them have displayed their anger, whether it was on social media websites like Facebook or Twitter, or on media and television interviews. Some of them have even started scrambling for different jobs.

Miami Dolphins wide receiver Brandon Marshall stated during the season, that he would venture to the NBA if the NFL didn’t reach an agreement on the new Collective Bargaining Agreement. Tennessee Titans All Star running back Chris Johnson, stated on Twitter “Boy they need to let me kno what’s gonna happen with this NFL lockout cause if they do ima join the US track team.” Chris even went to the extent of posting a picture of himself with a t-shirt reading “No Lockout.”

Chad Ochocinco has actually begun to pursue his new career. Reports are  claiming that the Cincinnati Bengals wide receiver is set for a four-day tryout with Sporting Kansas City of Major League Soccer, starting Tuesday.

Sporting Kansas City Manager Peter Vermes said “We know that Chad is an exceptional athlete and that he loves the sport of soccer, and he did play a lot when he was younger. We’re excited to see how his skills will translate once he arrives next week and begins training with our team.” Ochocinco started playing soccer at the young  age of 4 but chose to primarily focus on football in high school. 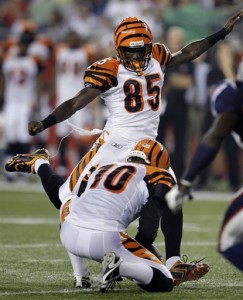 “Due to the NFL lockout, I’m excited to be able to follow my childhood dream of playing for a Major League Soccer team.” Chad Ochocinco said. Although Ochocinco is a wide receiver, this would also be a good option for out-of-work NFL kickers, since many of them began as soccer players and were recruited by their high school football teams.

Another player who has already shifted his career focus is Tom Zbikowski, Baltimore Ravens safety. Zbikowski is currently in a Chicago gym, practicing for his second professional boxing match in three weeks. Zbikowski (2-0, 2 KOs) scored a first round KO over Richard Bryant on the undercard of the Miguel Cotto-Ricardo Mayorga show in Las Vegas last week. He will now step into the ring again, on the undercard of the featherweight title bout between Yuriorkis Gamboa and Jorge Solis in Atlantic City on March 26. 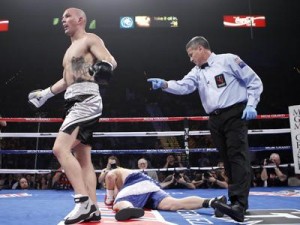 “Without the lockout I wouldn’t have been able to fight two times in three weeks like I’m doing.” said Zbikowski, 25. “That would have been rubbing it into the faces of the people who drafted me and put me on the field to help the Baltimore Ravens win football games.”

“But the way things are,” he continued “I’m getting a chance to jump-start a career that I was going to eventually start anyway.”

Other NFL players who have ventured into other careers include: Dallas Cowboys offensive tackle Marc Colombo, who is now the vocalist and rhythm guitarist for the heavy metal band Free Reign, and Minnesota Vikings punter Chris Kluwe, who now plays bass for an alternative rock band Tripping Icarus. The AFL acquired its first victim too, in the form of Dallas Cowboys practice squad player Troy Bergeron. He signed a futures contract with the Cowboys at the end of last season, but it was voided by the lockout.

St. Patrick’s Day Around the World