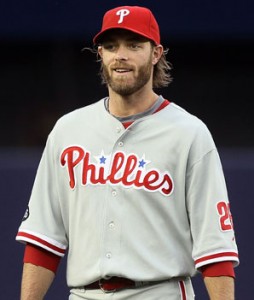 The Major League Baseball off-season is quite possibly the greatest display of fiscal excess that this country sees outside of bonuses for Wall Street execs.  If you are looking for the most ridiculous free agent deal of the 2010-11 off-season, it just might have occurred this week.

The Washington Nationals signed former Philadelphia Phillies outfielder Jayson Werth to a monster seven year, $126 million deal.  For non-math majors, that comes out to a mind-boggling $18 million per year.  That is an absurd amount of money for a guy who was not an everyday player until 2008.

Don’t get me wrong, Werth is a good player coming off the two best seasons of his career, but signing him to superstar cash is a bit of a head-scratcher. Then again, he did just sign with the worst franchise in baseball, so maybe we shouldn’t be surprised. The Nationals are clearly starved for talent to put in their lineup alongside pitching phenom Stephen Strasburg, so that they can generate a few more fans in the burgeoning baseball metropolis of Washington, DC. 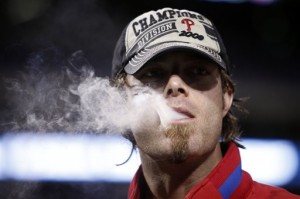 Jayson Werth is a 31-year-old, career .272 hitter, and was maybe the third best hitter on the Phillies roster, maybe. So what did his deal with the Nationals prove? Plenty.

With very few exceptions, if a free agent signs a deal for serious cash for a team NOT named the Yankees or Red Sox, they will most likely be playing for an awful franchise. It is the time of year where dollars outweigh winning for a lot of ball players, and quite frankly it’s refreshing to see. We often hear professional athletes talk about the importance of winning and that it’s not about the money, but during baseball’s “hot stove league” the players’ actions speak louder than words. That is, we see them signing for money instead of accepting less lucrative deals with better ball clubs.

Can you blame them? Hell no. I mean winning is sweet, but a World Series ring won’t pay the bills for years to come. Why not line your pockets playing the game that you love and be set for life? Besides, when your team doesn’t make the playoffs, you end up getting paid for less work. Genius!

Props to Werth who is coming off his most lucrative season to date, having earned $7.5 million last season, but will now more than double that each of the next seven years. After having spent the last few seasons working well into October as part of some deep postseason runs with the Phils, it’s now time for him to get an extra month off and make a lot more money.

The Twilight Saga – 10 Reasons Why the Series Sucks 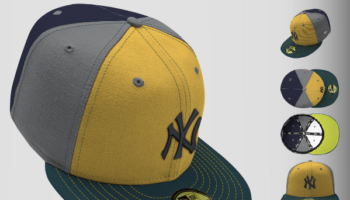 New Era By You: Finally You Can Make A Custom Flat Brim