Mikhail Prokhorov is desperately trying to build a basketball team Net fans can be proud of. So far no luck, as the second year of his five year window of a guaranteed NBA championship comes to an end. At least Rex Ryan has been able to somewhat back up his ridiculous antics. (2 out of 3 years in the AFC Championship game) Prokhorov is still waiting to sniff the playoffs. It’s not entirely Prokhorov’s fault, although he did hire GM Billy King who traded away a lottery pick for Gerald Wallace. Of course Superman in the form of Dwight Howard can still save this franchise, however Howard resigned with the Magic for one more season making the move to Brooklyn more unlikely. 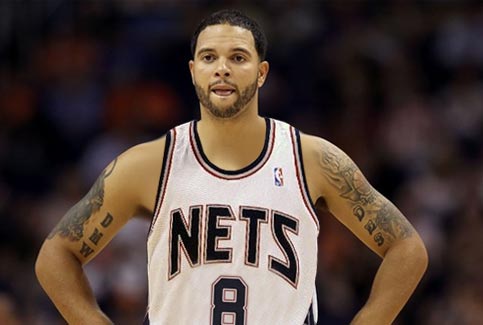 Than there’s Deron Williams, the only redeemable quality about the entire franchise. Williams is a free agent at the end of the season, and it remains a strong possibility that he heads back home to sign with Dallas. Prokhorov’s threat to Dallas Mavericks owner Mark Cuban for potentially snagging him, “I will crush him in a kickboxing throw-down.” 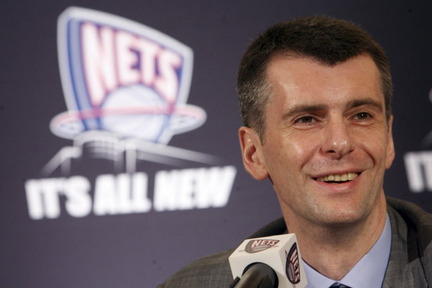 Really that’s the best trash talk Prokhorov’s could come up with; a kickboxing throw-down. Maybe that’s big in Russia, but Cuban can’t possibly be scared of stealing Williams off the free agent market from Prokhorov after listening to that type of comment. I hope Cuban retaliates with a WWE proposition, steel caged match. That would at least be amusing to watch. Somebody needs to tell Prokhorov to go worry about his own club rather than making stupid ass comments directed at the coolest billionaire owner in all of sports besides Magic Johnson.