New Jersey Nets owner Mikhail Prokhorov has decided to end negotiations with the Denver Nuggets regarding the acquisition of superstar forward Carmelo Anthony. Citing his disappointment in the public matter in which this has played out as well as the steep price that Denver is asking, Prokhorov announced that he is “instructing our team to walk away from the deal”. This ends months of back and forth talk between the two teams regarding the trade for one of the games brightest stars. 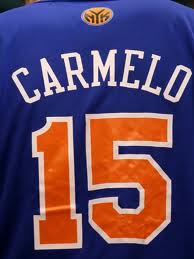 The Nets are believed to have offered a package including two first round draft picks, last years #4 pick Derrick Favors, Devin Harris and Troy Murphy. The trade would have decimated the Nets roster for years to come and Carmelo would have been moved to a team that isn’t as good as the one he’s desperately trying to leave. Another major roadblock is Anthony’s decision not to allow the Nets to fly to Denver to meet with him face to face. The Nuggets general manager Masai Ujiri and owner Stan Kroenke gave New Jersey permission to meet with Anthony last week. The Nets brass has attempted to contact Carmelo’s people fervently in the past few days. Their advances have met deaf ears, to the point where Prokhorov assumed the “maybe he sent me an email, but I don’t have a computer. Maybe the carrier pigeon got lost”. Carmelo would ostensibly have to sign off on any trade as his contract is up after this year. No team would want to acquire him without an extension being signed due to the fear of losing him after the season. 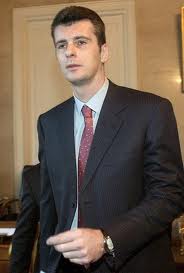 Carmelo himself has grown tired of all of the trade rumors and wants a deal to be done as soon as possible. He has stated multiple times that his preference is to go to the New York Knicks and it appears he may finally have put his foot down when he declined the meeting with the Nets. The Knicks can’t offer quite as attractive an offer for the three-time all-star who was born in Brooklyn. However, a package of rookie sensation SG Landry Fields, SF Danilo Gallinari, PG Toney Douglas and one first round pick may be the best that Ujiri and Kroenke can get at this point. If they wait until after the February 24th trade deadline, the Nuggets risk losing Anthony with no compensation when he becomes a free agent at season’s end. It seems as if the best move for all sides involved would be to ship Carmelo to New York. The Knicks would then have a formidable lineup including MVP candidate Amare Stoudamire, Raymond Felton, Wilson Chandler and Anthony.

Denver, send Carmelo home where he belongs and everybody wins.

Unusually Themed Restaurants (That Should Exist)