Monsters of May: The Top 10 Video Games of the Month (Part II)

May is upon us and with thoughts of summer dancing in our heads, we turn to a gaming world for that off-beach enjoyment. In Part I of our feature, we revealed some titles worth keeping an eye on. Here are my FINAL FIVE picks for the month that no true gamer can go without.

There isn’t much to say about this title when you check out the screen shots and notice its striking resemblance to one of the greatest game franchises ever made. This game has a Lego style design and the looks to be a reboot of the best Zelda games pre- N64 era. If you want to relive a classic with crisp fun graphics, check this one out.

If you don’t know what Tetris is, you don’t deserve the title of “gamer.” To some, Tetris is the video game. Its one of the forefathers of the industry, right up there with the likes of Pac-Man and Super Mario Brothers. This classic puzzle formula has been re-made by Nintendo in a number of forms on a number of platforms and copied by countless other developers in the quest to make a great game. What makes it so good is simple and addictive game play that gets progressively challenging. This game is a must-own, not only because of how good it is, but because of how rare the original Tetris release on DS is. This new version features nearly a dozen twists to the classic formula and multiplayer too (both locally and wifi).

This game screams classic and fun game play. Kart racing has been a genre few have been able to master like Nintendo with their Mario Kart series. It only seems fair that the same team that worked on Little Big Planet would make a kart racing game that stands a chance among the competition. For those of you new to the gaming world, Little Big Planet is a Super Mario Bros. style side scroller. What sets it apart is that you play as a customizable beanbag character, and there is a complete level editor to design and share your custom challenges over the Playstation network. Multiplayer and a depth plane help make the title seem fresh as well. Back to Mod Nation Racers… This game features the same intense level of customization across the boards. Trick out your character and your kart to your heart’s content and make your own tracks right down to the terrain, sun placement, turns and over passes. Mod Nation Racers features full online capabilities as well.

Deciding these last two was very tough, and it was hard not to make it a tie, but a beta version for a game really doesn’t deserve a number one spot. So, with out further delay, the runner up spot goes to:

As mentioned before, this is not even a full game, but the hype around anything new with Halo is too big to deny or ignore. Halo 3 Multiplayer continues to dominate Xbox Live along with Call Of Duty (see for yourself at majornelson.com). Halo fans are dying for the full game to come out later this year and will take whatever taste of it they can get.

And now, the top game of May award goes to (Drum roll please…)

May seems to be the month of classic gaming coming alive again. Plain and simple, how can a true-to-form Super Mario title NOT be number one on any true gamers countdown?

This game looks to be just as awesome, if not better, than the first Super Mario Galaxy – and that’s rare in both videogames and movies. If you haven’t played Super Mario Galaxy, walk away from the computer and rent yourself a copy. While sunshine on the gamecube may have been the sequel to Super Mario 64, Galaxy was the true follow up. At times the camera and outer space physics can be a little nauseating, but this game is so original in its design, and classic in its game play. Super Mario Galaxy 2 looks to be an expansion of the great ideas they touched on in the first one with major updates like new power ups including cloud suit Mario and, my personal favorite, YOSHI! 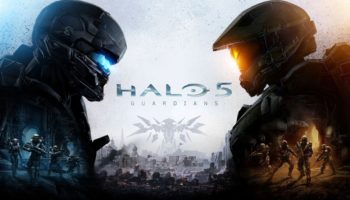