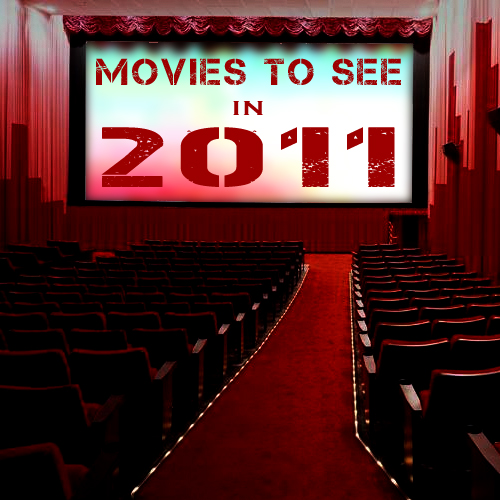 This year was notorious for great movies and next year will be no different.  Over the past couple of months, there have been talks and casting information for the upcoming year.  The range from dramas to comedies looks like it will be a lot of money spent at the movie theater next year.  But exactly how are you going to avoid all the flops and stinks next year.  Well here are a few flicks to check out in the first half of the year.

Wes Craven scared up audiences in the ‘90s when he released the cult classic Scream. He revolutionized the horror genre by adding a comedic feel, while also reveling the rules of the genre to audiences. Horror movies after this point seemed to follow these rules especially the whole virgin never dies rule. The first film was wildly successful there were two more that followed. This franchise is the one of the most successful not on within its genre but across the spectrum, so it was no surprise when in 200 it was announced there would be a new Scream. In September 2010 filming wrapped and soon there after so was the trailer revealing a star-studded cast and all new rules. There is no doubt this will be one for the books.

The first of the two part final adventure of Harry Potter was released a month ago a garnished much buzz for possibly being the best of the series. The final installment should also live up to expectations. With the separation of both films allows a lot more information to be shown, which was lacking in the other films. This promises to be the best of all the films and we will finally be able to see how the battle between Voldemort and Harry.

When in a relationship everyone does think I they are in the right position. Are you with the right girl to be giving up being with other women? This movie takes on that question when the wives of two men, who openly check out girls in front of them, give their husbands a week hall pass to do whatever they want with any girl they can get with. The only problem is they have been off their game for so long they have no clue what they are doing.

There is always the debate of whether or not our lives are planned. This movie takes on the aspect of having our lives planned out when this bureau interferes with Matt Damon’s character after he meets a woman. He falls for her but is told to keep away because it wasn’t in his plan. He fights for her saying he makes his own choices. This will definitely be one action packed movie.