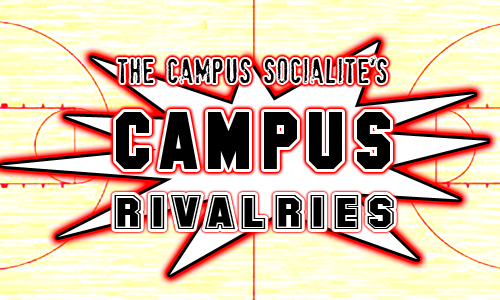 The Campus Socialite has created The College Basketball Local Rivalry Series. This series will run from now until the beginning of the NCAA Tournament highlighting the most intense campus rivalries in college hoops. We have developed dynamic and revealing infographics depicting each of these passionate rivalries in detail. Our infographics delve into the history of these match-ups with each program’s achievements, statistics, head-to head-records and include the most influential current and former ballers from each school. The first two games in the series feature Arizona State @ Arizona and Illinois @ Wisconsin next week. We then have Oregon vs. Oregon State, Michigan vs. Michigan State and Kansas vs. Kansas State coming up in the following week. This campaign will allow our readers to interact with us on facebook and twitter and converse amongst current students, alumni or just your everyday fan. Each week, we will have exciting contests and discussions on our facebook fan page. Let the debates begin!

Should I Stay or Should I Go? Underclassmen Ponder NFL Futures

A Shot of Yager: Everybody Hoops w/ Brian Dernulc on NBA trades, Carmelo, and More!