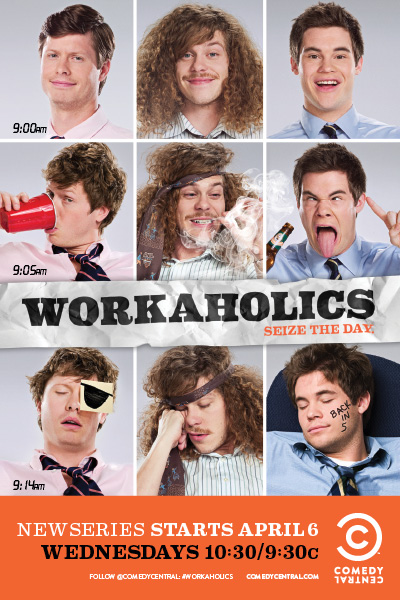 Just because you’ve left college doesn’t mean you can’t take the party with you. Graduating from college and entering the real world isn’t easy, especially for three unmotivated roommates. For three post-grad pals trying to make their way in the real world, the college life continues all day and night, whether they’re in their office cubicles grinding out a paycheck or back at their house partying it all away. Comedy Central’s new show captures the struggle perfectly, and not with too few laughs along the way. 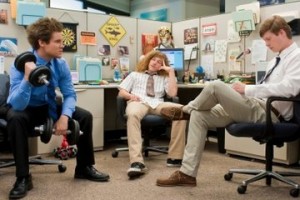 Blake Anderson, Adam Devine and Anders Holm star in “Workaholics,” the newest half-hour scripted series, premiering on Wednesday, April 6 at 10:30 p.m. ET/PT. From the minds of the hilarious and irreverent Internet sketch group Mail Order Comedy, “Workaholics” is a single camera comedy featuring three friends who work together as telemarketers from 9 to 5 and live together from 5 to 9. Dress codes, deadlines and waking up before noon isn’t something these guys are used to as they go to great extents to do anything but work. The crew spends their days scheming together to avoid doing any real work and their nights looking for fun times. They do their jobs and sometimes they even do them well, but they show up late, leave drunk and always live for the day, even if they don’t know what day it is. 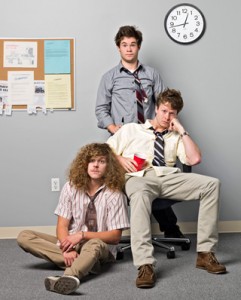 So I may be a little late on the draw here, but after watching the first episode I firmly believe that I will come back every Wednesday to find out more about this stoner comedy. This is perfect for college students, especially upperclassman, whose future after college is always on their minds.

LivingSocial Offers $1 Lunches In The D.C. Area. A Must for College Students.