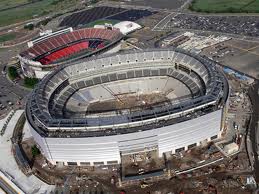 When properly utilized, home-field advantage can be an absolute game changer in sports. In no sport is this more apparent than football. Until this season, the New York Jets and the New York Giants each played their home games at Giants Stadium in East Rutherford, NJ. Some of my fondest memories growing up were of attending Jets games at that stadium, a true “old school” venue complete with cold, hard plastic seats and a dark, musty concourse. It was a fans stadium, 80,000 plus rabid supporters crammed in like sardines basically forced to be on their toes throughout the entire game. We would feel as if we made an actual contribution to the game and chills run up my arms when I think of the feeling of camaraderie and satisfaction that came after a big win.  When they demolished the old Giants Stadium, home field advantage might have come crashing down with it. 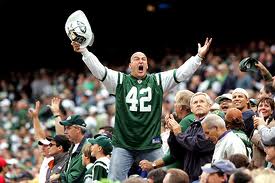 The Jets defeated the rival New England Patriots 16-9 on September 20th, 2009 in what many consider the loudest game in their history. The raging fans were standing on each defensive play, even causing New England QB Tom Brady to commit an unheard of back-to-back delay of game penalties on a critical drive in the third quarter. Jets head coach Rex Ryan said after the game “Our fans were huge in this victory. In fact, we’re giving the game ball to our fans; it’ll be up in our trophy case. We thought they were the difference…. It was really intense out there. It was loud.” Each season ticket holder received a game ball in the mail the following week. When asked about the crowd at Giants Stadium, Brady added “It’s always a tough place to play…the Jets fans (don’t) leave early. They’re going to be loud the whole game.” 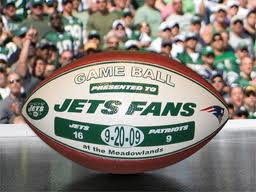 Bring in 2010 and the $1.6 billion New Meadowlands Stadium financed equally by the owners of both the Jets and Giants. New Meadowlands Stadium is more than twice the size of Giants stadium (2.1 million square feet vs. 900,000+ square feet) and features state of the art amenities such as four enormous 118 foot video monitors, multiple climate controlled club areas, more comfortable seating and improved dining options. PSLs (Personal Seat Licenses) were attached to most seats requiring fans to pay to own the right to their seat before buying individual games. This caused an uproar amongst Jets fans, known to be the more blue-collar of the fan bases. The fans that purchased the PSLs on the lower level are, for the most part, there for a few drinks and a nice show. The only problem is that this has always been an interactive show and now with the seats so spread out and half of the club seats vacant with their owners inside watching on flat screens, the stadium feels as gray as it looks. Unfortunately, this has severely damaged the home-field advantage at NMS. After the division leading 5-1 Jets got shut out by the Green Bay Packers 9-0 on October 31st of this year, Packers QB Aaron Rodgers told Jay Glazer “It wasn’t that wild to be honest with you. Fans, a lot of them didn’t show up until the second quarter and it wasn’t as loud as I expected. All of us were very surprised, a 5-1 team, as well as they were playing, it wasn’t a louder stadium.” The teams didn’t lose any fans over this move, the die-hards who cannot afford seats simply watch at home, living and dying on each week as they always have. They have been through too much to leave now, too many scars to give up on the war after a losing battle. In this sense Woody Johnson (owner of Jets) and The Mara and Tisch families (owners of Giants) took advantage of their fan bases. Charging more money AND affecting home-field advantage in one very expensive foul swoop. Alas, all we can do as fans is continue to wear our team colors, read the articles every week, watch the games, lose our voices and charge on to that ultimate goal. That promised land where the chills running up your arms last forever. 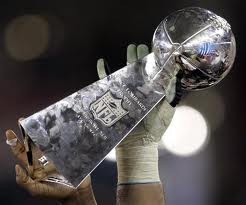 PORTOPONG – A limited-time offer by GrubLife. 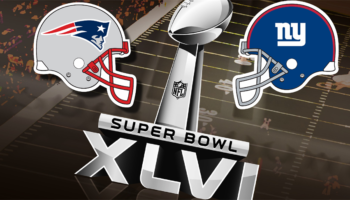 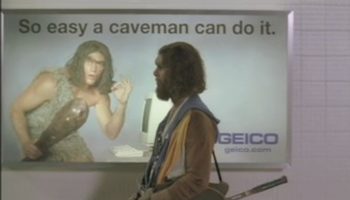 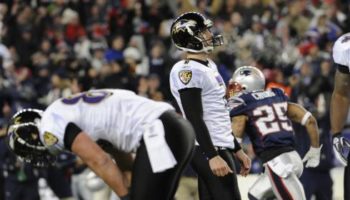