This past weekend the hapless New Jersey Nets fired head coach Lawrence Frank. Good for him though, the guy still looks like a little boy but I bet he has aged a ton within the past few weeks of the Nets season. The team is just one loss away from a pathetic 0-18 record and making NBA history for the most consecutive losses to open a season.  The Nets have looked completely lost in most of these games and, looking at their team, you can’t even compare the talent level in New Jersey to many top tier college programs. So can you really blame Frank?

How do you expect a guy to win games when you trade away his three best players in consecutive seasons?  Jason Kidd, Richard Jefferson and Vince Carter have been dealt for a total of Devin Harris and Yi Jianlian. Yi Jianlian, is he the guy from Rush Hour? Exactly my point, he is an unknown.  The Nets got nothing out of the trades from the Big 3 besides Devin Harris (who on a better team can turn into a superstar). So how does this franchise and its owners expect Baby Face Frank to win any games with little to no talent. It’s pretty sad actually because this team wants to move to Brooklyn and actually try to draw fans and maybe even get King LeBron James to come play for them… at this points the chances of that happening are about as strong as Shaq being nominated for an Oscar for his role in Steel.

The Nets have quickly turned into an NBA laughingstock much like the New York Knicks, but I’ll save my Knicks rant for another day. With all of these losses piling up and to make the Nets even more of a circus, why not get Dr. Julius Erving to coach this team? The attendance will go up and ratings will sky rocket, after all who doesn’t want to catch a peek at the Hall of Fame fro.

The Best Case Scenario of the Tiger Woods Accident

How To Capitalize On The Last 3 Weeks Of The Semester 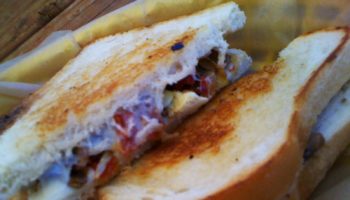