NFL.com Game Rewind: The Best $30 A Football Fan Can Spend This Season 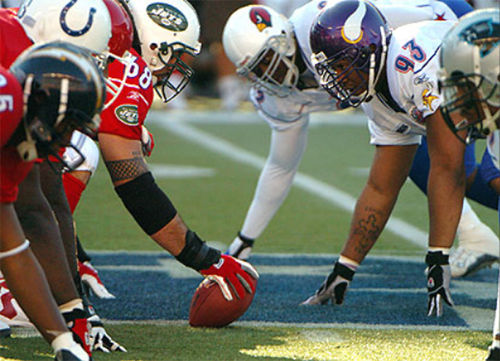 It seems like every day there is a new revolution in the way we watch sports. Developments like NFL Sunday Ticket, HD and on-line game streaming have allowed us to watch basically any game we want in the highest possible quality, no matter where we are in the country. All in the last decade too. But HD aside, NFL.com just released inarguably the best thing that’s happened to Football in the last 10 years: Any NFL Game, On Demand, Commercial Free. 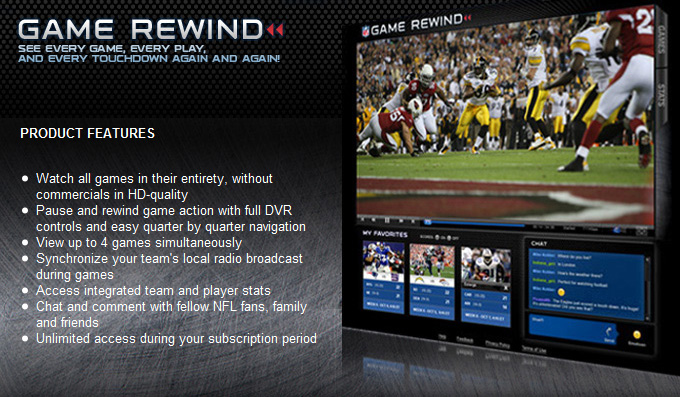 I’ll admit, even in 2011 I’m not too big a fan of watching  stuff online that is normally watched on a TV. I started Mad Men on my Macbook 2 weeks ago and i’m only on Episode 3. But for something this revolutionary, it would totally be worth it to further destroy my vision. DirecTV’s NFL Sunday Ticket might give you every game (even via your PS2) but it costs an arm and a leg and you can’t watch them on your own time, and Red Zone only shows you the action if it happens to take place inside the 20. With every NFL game, on demand and commercial free, NFL.com Game Rewind gives you anything an NFL fan could possibly want and has clearly set itself apart from the pack. 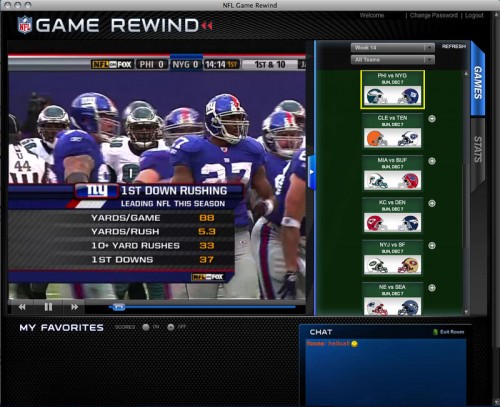 The yearly subscription costs a measly $30 for the entire year. Which means that if you were to watch every game, which you very well could, you would be paying fractions of a dollar per game. In all probability, you will watch every game your own team plays (whether you live in or out of their market) and the games of 1 or 2 other teams you just happen to follow. Either way, well worth it. Major props to NFL.com because if you want it done right, you have to do it yourself. On Demand is the wave of the future, and although it’s amazing that it’s taken this long, now you can have the entire NFL season at your fingertips. Better late than never.