Should I Stay or Should I Go? Underclassmen Ponder NFL Futures 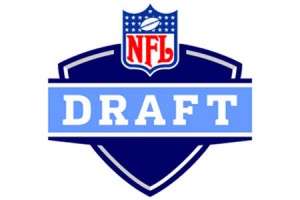 The end of the college football bowl season means it’s time for the game’s top underclassmen to decide their future plans. Do they stay in college and earn that oh-so-precious piece of paper, symbolizing academic achievment, or do they take the plunge and head to the NFL where millions of dollars await? Tomorrow is the deadline for underclassmen to declare for the draft, but as of now, here are some of the big names that have already decided their futures:

Andrew Luck, QB, Stanford – This is old news, but Luck’s announcement to stay at Stanford sent shockwaves through the football world last week. The hands-down favorite to be drafted #1, Luck will return to Palo Alto in 2011, with a prolific offense, and hopes of making a run for a BCS title.

LaMichael James, RB, Oregon – The nation’s leading rusher in 2010 surprised many by announcing that he’ll return to school for the 2011 season. A Heisman Trophy finalist this year, James will be one of the most feared players in the NCAA next year.

Janoris Jenkins, CB, Florida – One of the country’s most hyped cover corners will be bringing his talents back to Gainesville for the 2011 season. He has the build of a prototypical NFL corner, but decided to stick around and play a season for new head coach Will Muschamp.

Ryan Broyles, WR, Oklahoma – Another receiver with eye-popping statistics, Broyles was a coveted prospect by many NFL squads. His 131 catches, 1,622 yards, and 14 touchdowns made him a near lock as a first round pick this year. Broyles will return to OU in 2011, where the Sooners are one of the early favorites to win the BCS  title.

Cam Newton, QB, Auburn – Auburn’s Heisman Trophy winner who led the Tigers to the BCS title announced yesterday that he will be heading to the NFL. He is projected to be a first round pick, but his ability to make an early impact in the League will be questioned.

Ryan Mallett, QB, Arkansas – The strong-armed Texan who led Arkansas to their first ever BCS bowl berth will be taking his talents to the next level. Mallet has the size and arm that make NFL scouts drool, but will be sure to face scrutiny for his questionable decision-making, at times.

Da’Quan Bowers, DE, Clemson – Bowers has the size, speed, and ability to become an elite pass-rusher in the NFL. Luck’s decision to stay in school could most benefit Bowers, who could easily end up as the #1 pick in April’s NFL Draft.

Patrick Peterson, CB, LSU – It was no surprise that Peterson, widely regarded as one of the best athletes in the country, decided to turn pro. He is a freak on the field, with size (6-1, 211 lbs.), and is a difference maker not only in the defensive backfield, but also in the return game.

Marcell Dareus, DT, Alabama – Dareus is a 303-pound monster who has terrorized SEC offenses since his arrival in Tuscaloosa.  A key cog in Nick Saban’s dominant ‘Bama defense, Dareus could easily end up as a top ten pick come April.

The Campus Socialite Presents: Kickoff to the Blitz & Beatz Tour