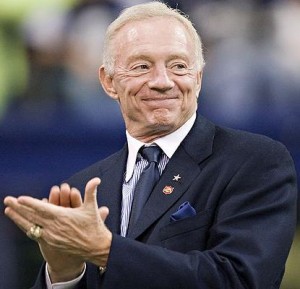 From the creator of StarBust Football, Inc

Are you noticing the trend in the NFL? If you are an NFL owner and your coach needs to go, the cool thing to do is to tell him his job is safe, and then can him shortly thereafter. For proof, check this out: 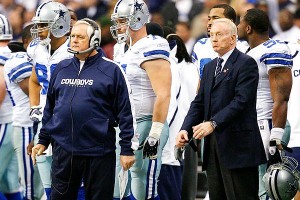 After his team started the season with a 1-6 record, Dallas Cowboys’ owner Jerry Jones was asked on November 5th if Head Coach Wade Phillips would remain in charge of the team for the duration of the season. Jones’ response was a simple, “Yes.” Two days later, the Cowboys lost another game in embarrassing fashion, and come Monday November 8th, Phillips was relieved of his duties with America’s Team. 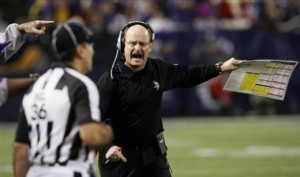 The Minnesota Vikings had huge expectations coming into the 2010 season after an NFC Championship Game appearance last winter. A 3-5 start, acquiring and subsequently trading of WR Randy Moss, and the awful play of Brett Favre did nothing to please Vikings’ fans. After Minnesota lost to the Chicago Bears on November 14th, owner Zygi Wilf told ESPN’s Ed Werder that he would not consider firing Head Coach Brad Childress.

The following week, the Vikes suffered a beatdown at the hands of the Green Bay Packers and fell to a dismal 3-6 record. The next day (Monday), Wilf decided to pull the trigger and fireChildress. 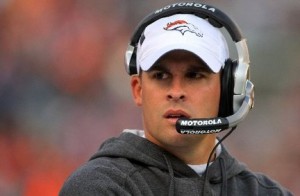 Following a tenure that had seen numerous bonehead personnel decisions, Broncos’ Head Coach Josh McDaniels was under fire due to allegations that an assistant coach taped the 49ers’ walkthrough practice prior to the teams’  Halloween game in London. Despite those things and the Broncos’ abysmal record under McDaniels, owner Pat Bowlen gave his head coach a vote of confidence on November 29th, saying that he would be with the team for the remainder of the season.

On December 6th, following a Denver loss to Kansas City, Bowlen decided that enough was enough, and got rid of McDaniels as head coach.

Given what we’ve seen this NFL season, it’s clear that quarterbacks aren’t the only ones calling audibles in the football world.  Why these NFL owners felt the need to do their best John Kerry impression and flip-flop on the status of their head coaches isn’t exactly apparent. I’m not sure about these guys, but where I come from, a man’s word means something, so to say one thing and do the opposite just days later is inexcusable.

Savvy businessmen should be both decisive and forthright, yet the actions of Jones, Wilf, and Bowlen are a stark contrast to that. Instead of actually dealing with their personnel issues, each was hesitant to pull the trigger, and because of that, simply prolonged an inevitable decision. I’m not saying that being the owner of an NFL franchise is easy, but these three owners clearly dropped the ball in how they dealt with the firing of their respective head coaches.