On Campus Injury: Is Your School Liable?

Whether you spend four years living on a college campus – or at least attending school at one – some sort of injury is almost inevitable. Maybe you’re running to class and you fall and sprain your wrist, or you trip on the stairs in your dorm and break your ankle. These things happen, but how do you know when your injury is your college’s fault? And can you sue for personal injury?

In recent years, there has been an increasing number of personal injury lawsuits against colleges, and they run the gamut from sports injuries to on-campus rapes. Don’t hire a lawyer just yet, though. Before you sue, it’s important to understand the differences between an accident and acts of negligence that the university should have prevented.

The Origin Of Harm

The first step to determining whether or not your college is liable for a particular injury is identifying who or what caused your injury. For example, several football players have recently sued their schools over injuries incurred on the sports field. One, Kolby Listenbee of Texas Christian University, sued the university, his coach, and other individuals because he was forced to play through an injury. In Listenbee’s case, the college sponsors the football program, so they could be held accountable in the suit.

On the other hand, if you develop a drug addiction while in college and you’re buying drugs on campus, the college is highly unlikely to be liable. They didn’t sell you the drugs, they have regulations against the use or sale of the drugs, and you were engaged in illegal activities at the time. Not every on-campus injury is covered by the same rules.

Another component of any possible personal injury lawsuit involved determining whether the form of your injury is applicable under the law – and this part is fairly simple. Personal injury is a broad category, which, according to The Sawaya Law Firm, includes traffic accidents, work injuries, product liability, and traumatic physical injuries like burns, paralysis, and concussions. It also covers more minor harms, such as slip-and-fall injuries or the failure to institute proper safety mechanisms in public areas.

When a Dartmouth student was hit in the face by a baseball, losing his sight in one eye, he sued the college over the injury on the premise that they were liable for the poor condition of the practice facility where he was injured. According to the suit, the facility was insufficiently illuminated and the pitching screen was old and unsuitable for the level of play. It’s obviously the school’s responsibility to maintain the facility. Therefore, the case falls under the protections for physical injuries.

The most difficult cases to address from a legal perspective are those related to student-led events. Recently, for example, students at the University of Maryland have been filming their own version of the classic TV show Survivor. While the formal TV show involved extensive waivers, the student-led version offers no such protections – and little administrative involvement.

Without the college sanctioning this student activity, their liability is questionable. On the other hand, if the show is an outgrowth of a sanctioned student club, it opens schools up to liability yet again. Both students and colleges need to recognize this issue when launching new activities.

Everyone gets hurt sometimes, but it isn’t always your fault. If you’re concerned your university is responsible for your injury, then, the first step is to make sense of the source and manner of injury. If it could have been prevented by expected university precautions, you just may have a case.

Is a Career as a CPA Right for You?

How to Increase Participation in Your College Group

4 Basic Ways To Pick Where To Head To College 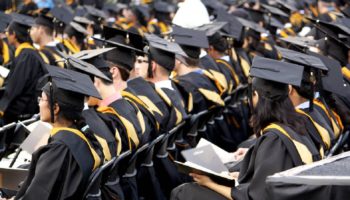 Five Tips For Focusing On Studies Rather Than Fun