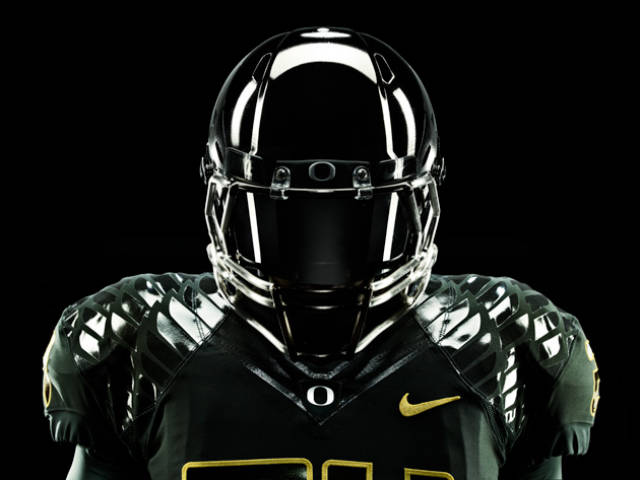 It’s being called the most advanced uniform system ever assembled, and that’s just the physical attributes. The Nike Pro Combat system uniforms that will first be used for the Rose Bowl are not only the next level of sports technology. They look incredible. I just read everything there was to read about the new Oregon Ducks Uniforms and let me tell you, we are talking about some exciting, futuristic, space-age shit. This could, scratch that, this will be huge. 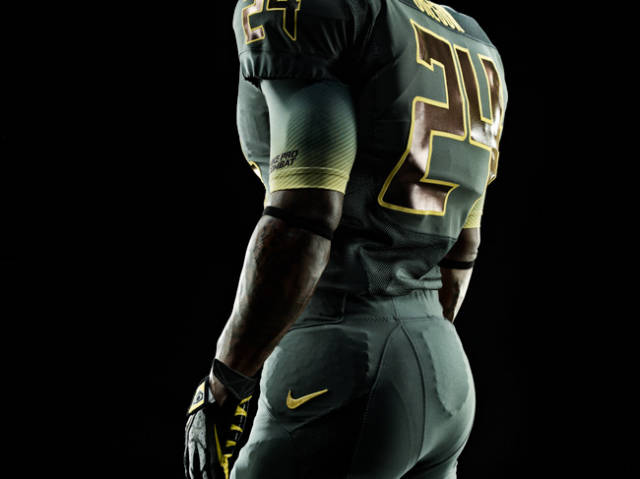 Being based in Beaverton, Oregon, Nike has a long standing relationship with the Oregon Ducks and it makes sense that they would be the first team allowed to experience the amazing innovations Nike Pro Combat has to offer. They also happen to be one of the most elite teams in the league and at the pinnacle of player development, so it is fitting of course that their players should wear the pinnacle of in-game dress development as well. 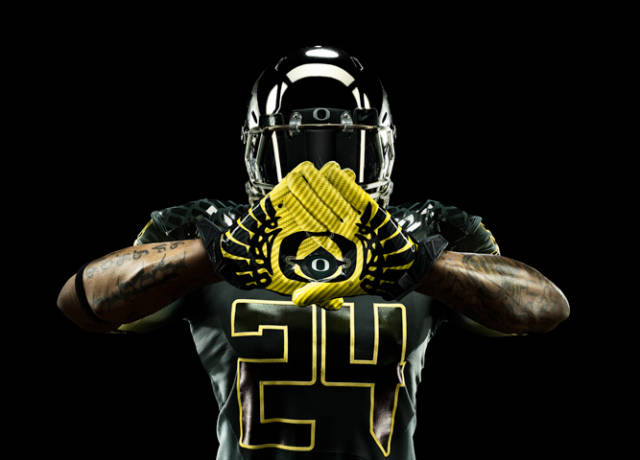 Nike Pro Combat’s most important innovation is the creation of Nike Chain Maille Mesh, an homage in name to the chain linked, lighter-weight armor worn by soldiers in medieval times, and functionality-wise, Nike’s creation is not too far off. The material is a light-weight, breathable material that allows players to reach new heights in speed and endurance, while at the same time providing the protective abilities of a suit of armor. Not literally of course but close enough. The mesh also features improved thermoregulation, keeping players from sweating and dehydrating without sacrificing durability. 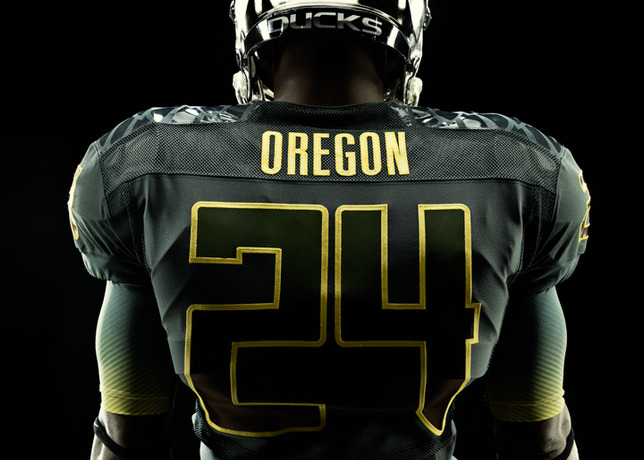 The uniforms feature 11 different materials from shoulders to legs, and 16 including helmet, gloves, and the entire system of dress. Each material is specifically developed to serve it’s specific placement and purpose, providing the entire uniform a maximum potential for efficiency. The base layer has also be redesigned to provide strength and flexibility, along with strategically placed vents and cooling zones to prevent heat-related distractions. 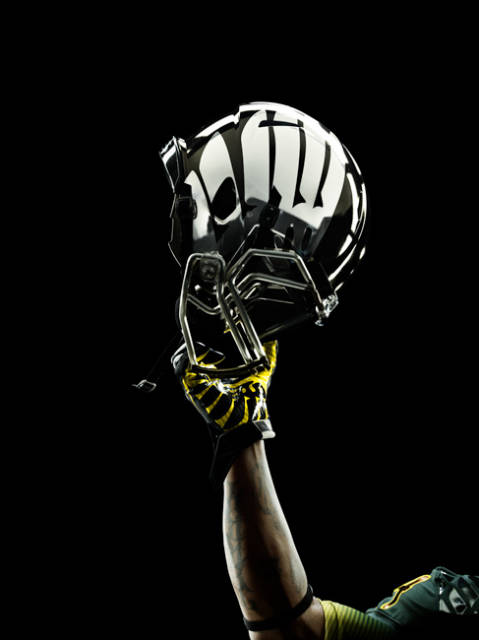 Of course, Nike might be known for technology and innovation but in the spectator circles, they are also, if not more-so, known for design. The Pro Combat system is no exception to Nike’s reputation for sports gear that feels, behaves, and looks amazing. The Jersey numbers are bigger, bolder numbers that shift in color as they move. The shoulders are embroidered with an armored wing design that is both sick looking and practical. And last but not least, the new helmets will feature a LiquidMetal Black finish that has never been seen on any field. The helmet will appear to be mirrored while emphasizing the wing design on either side and the Oregon “O” at top-center.

The Jets may be just short of mathematically out, but it looks like I have one more Football-related event to look forward to this season. And it’s not Rex Ryan firing Brian Schottenheimer.