There is an old saying that “crime doesn’t pay.”  Well, when it comes to box office figures, this cliché couldn’t be any more wrong – just ask directors like Martin Scorsese and Francis Ford Coppola.  Maybe it’s their take no bullshit attitude, their proclivity for violence, or their fondness for capicola (pronounced gaba.gool), but for whatever reason it may be, our society just can’t get enough of the mafia.  I can attest to this love for mobster flicks because as we speak this article is taking me hours to write since I have Goodfellas on AMC in the background and I can’t unglue my eyes from the tube as Joe Pesci cracks one skull after another.  I know 2010 marks the 20-year anniversary of the release of Goodfellas, but AMC has really milked the shit out of this dedication – Ray Liotta is getting more airtime than Vince from Slap Chop.  Alright, at the risk of being a rat and saying too much about the mob, let’s just get to the business at hand and rank the first portion of The Campus Socialite’s top 10 mafia movies.

Kicking it old school. Howard Hawks directs this classic cautionary Mafia tale, based in part on the real-life Al Capone. The film, which Roger Ebert says raised movie violence to a high in its day, is about Tony Camonte (Paul Muni), a bodyguard who rises to power when his gangland boss is offed. His mental state and violent life aren’t conducive to long-term success. A film classic by a legendary director.

This movie gets away from the Italian mafia as (Italian) director Sergio Leone turns attention on the Jewish Mob operating in New York. Robert DeNiro once again appears, here along with James Woods. This movie also incorporates “past and present” elements, giving us the mobsters as kids, adults in their primes and older guys looking back. Nominated for a Golden Globe and winner of the BAFTA (Britain’s equivalent of the Oscar).

Johnny Depp digs into the mafia genre playing undercover cop Joe Pistone aka Donny Brasco. His job involves infiltrating a link of the mob chain where Al Pacino’s low-level mobster Ruggerio. The two bond as Pistone digs for dirt, and the tension rises as it becomes apparent that when this group of mafiosos goes down, Ruggerio goes down too. Anne Heche plays Pistone’s wife who can’t quite take her husband’s double life.

Set in the Bronx during the turbulent era of the 1960s, this was the directorial debut of Robert DeNiro, and follows a young Italian-American teenager as his path in life is guided by two father figures, played by De Niro and Chazz Palminteri. It also includes a brief appearance by Joe Pesci so you know it’s a legit mob flick. A Bronx Tale was written by Palminteri, based partially upon his childhood.

I know at this point many of you are wondering: “What in God’s name is wrong with this schmohawk, he left Pacino classics Scarface and Carlito’s Way off the list.” Valid point, and I do agree that these are both excellent movies however I do not categorize either as a true mafia movie and place them under the drug film genre. With that being said, you gotta come back on Wednesday and see the five other mob gems that round out this list.

The Guys Guide to Twilight 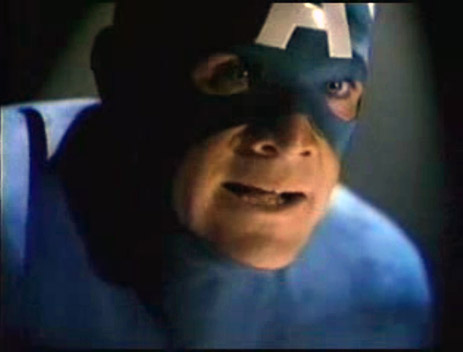