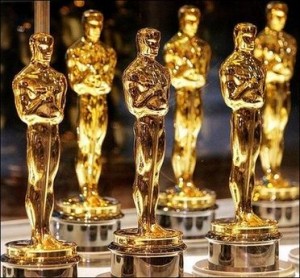 It’s February 2011, and Oscar season has come upon us. Needless to say, the Oscars are the most prestigious and most recognized of the awards ceremonies for film. For movie fans like myself, and those all across the country, this should be a glorious week. A week to debate, and speculate. A week of excitement, and anticipation about which movies will forever be classics, and which actors lives and careers will be thrust to the next level. For many fans however, including myself, this is most certainly not the case. The Oscars is a crock of shit. I can think of any number of things to complain about when it comes to the Oscars, but for spacial purposes, I choose to talk about something more recent; specifically the decision to expand the Best Picture field to 10 films. Here is why I believe this is bad for the Oscars, and bad for movie fans.

Voter pretension and bias is spoken about a lot when people criticize the Oscars. And rightfully so. They can deny it all they want, but there are some types of movies that the Academy is not willing to consider. The most prominent of these movies are comedy movies and sci-fi movies.  According to filmsite.org, the last  “comedy” to win an Oscar was American Beauty in 1999. First off, while American Beauty was funny at times, calling a movie where the protagonist is shot and killed at the end a comedy, is a huge stretch. Either way, 1999 was 12 years ago, and many great comedies have come along since then. As for Sci-fi, the most notable example of bias was Avatar’s loss to The Hurt Locker at last years Academy Awards. Did I like The Hurt Locker. Sure I did? But compared to a movie like Avatar that captivated America and might have changed the face of the film industry forever? It is clear that the Academy is simply much more inclined to elect a war movie than one who’s roots are science fiction, even if it was clearly the better movie. 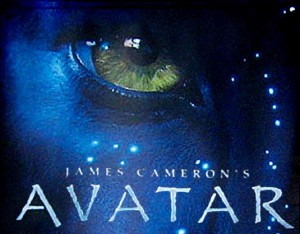 So now that we understand Oscar bias, most notably against science fiction flicks, I’ll tell you why the change to 10 nominees, while seemingly  good for diversity, is the worst thing to happen to the Oscars since Chicago. Out of the 10 movies elected this year, there are 6 that have absolutely no shot. Animation has it’s own category so Toy Story is out. The Fighter, while pretty good, starred the awful Mark Whalberg, who only knows how to play himself, and doesn’t even do that well. 127 Hours was too indie, True Grit was too plot heavy, and who the fuck even saw The Kids Are Alright. I don’t know much about Winter’s Bone, and forgive me for being presumptuous, but this is a testament to it’s ineligibility in itself. This leaves 4 movies (4!!!!) that have any shot whatsoever of winning Best Picture.

You might be saying to yourself “So What if they have no chance. At least they’re adding variety.” Wrong! Variety is good. Worthless variety is not. I’ll tell you why. If I had an Oscar vote this year, it would be for Inception. Black Swan and The Social Network were great, but that movie was the greatest fucking thing my eyes and ears have ever had the pleasure of experiencing. Seriously, amazing! The acting was good, the writing was great, the story flowed, and the concept was genius. What more could you ask of a movie. Inception however, is a science fiction film, or close enough to one. Normally it would have a very slim chance of winning, an that sucks. But add 6 movies that would be elected Best Picture, the same day Charlie Sheen turned down an 8-Ball and a Lap Dance….now Inception has no chance whatsoever. 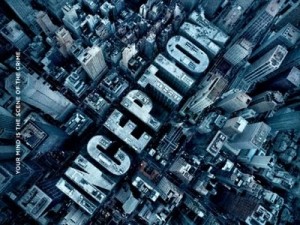 You see, The Academy is comprised mostly of a bunch of Hollywood dinosaurs who still masturbate to pictures of Marlon Brando in On The Water Front. Any movie that couldn’t have been produced 50 years ago, and starred Audrey Hepburn is not worthy of Best Picture, as far as they are concerned. Now however, we have reached the 21st century, and there is at least a decent sized pool of progressiveness in the Academy. These voters will be looking to use there votes politically, by voting for non-traditional best picture types. Good for them. In a smaller field (say 5 nominees) these voters would be an asset to young movie lovers like me, because they would undoubtedly vote for Inception, the best (in my opinion), and most-likely to be prejudiced (fact) of the legitimate contenders. But who they are gonna vote for now…fucking Toy Story, fucking The Town, even The Kids Are Alright (a movie that to this day, has not been seen by anyone I have happened to stumble across).

While voting for political reasons is stupid, it is unavoidable, and in a Best Picture field where every movie is at least deserving of the nomination, it would not be the worst thing in the world. But in a field of 10, those votes are going to spread themselves every sub-par movie with a nomination, when they could have gone to a movie that isn’t typical Oscar material, but was still a great fucking movie. A movie like Inception. Fuck you Oscars! I’ll be watching for the dresses.