By Jess Sorentino (University of Delaware)

Last week, Love the Way You Lie part II was leaked all over the Internet. Instead of the song’s credits belonging to Eminem featuring Rihanna, this time, it’s reversed and Rihanna is featuring Eminem.

But is it necessary to have a part II to a song that was already a gigantic success?

In the case of the original Love the Way You Lie, much hype was given to the fact that it was written by both Eminem and Rihanna about their past abusive relationships. It was performed from the abuser’s mindset, and much emotion was stirred with they lyrics and then the dramatic music video.

Part II, on the other hand, is from the other side of the relationship, which is pretty cool I will say, but the chorus is not only exactly the same, but it’s also sped up. The hip hop beats that accompanied the original track are replaced with drums and make part II sound a little more rock-ish. Eminem has only one verse of lines.

In my opinion, this is an example of too much of a good thing. The first song attracted so much media attention and even opened up the VMAs. The video release was like a party (to some, or at least to me) for those who were waiting forever to see it. But this second part does not seem to live up to proper standards.

Now, this is not the only song which has made a part II, yet not all part II’s are in the same situation as Love the Way You Lie part II. Let’s take Usher for example. Confessions part II is probably more famous than Confessions. 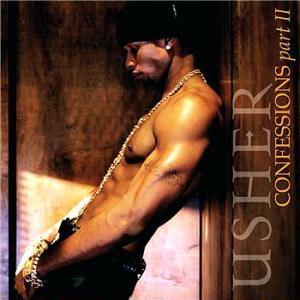 I know it’s a little bit in the past now, but Confessions part II, what Usher fan did not and still does not love that song? It’s good because it’s a different song. Yes, it has the same underlying concepts as Confessions, but it’s a completely unique piece in every other way. Like a continuation, but not an overlap.

Another awesome part II that actually hasn’t gotten as much coverage as it should because it’s actually better than the original, is B.o.B.’s Airplanes part II. It can be found on his album, and let me just say the original has nothing on this gem.

Not only does B.o.B. feature Hayley on this track, but also Eminem also performs on this part II. Like Love the Way You Lie part II, the chorus for Airplanes part II is exactly the same, Hayley’s sounding as great as ever, but the verses are completely different. Each verse (whether it’s B.o.B. or Em) starts with “Let’s pretend…” and they relive their lives, pretending they never did what they did to get where they are today. It’s so good I don’t even know what else to say about it, except for it’s in my top 25 most played songs on my iTunes.

This is the same concept that can be questioned with movies. How many sequels can a movie make without overdoing the plot and characters? And are they necessary? And are they successful because original fans feel they are only devoted if they see/listen to every rendition of a movie or song that comes out? Or do all of the renditions turn them away? All good questions.