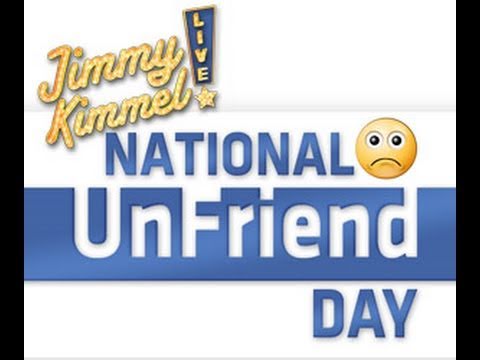 On his late-night talk show, Jimmy Kimmel announced that he has declared Nov. 17 as “National UnFriend Day” for Facebook users. The comedian said that Facebook friending has gotten out of control and it’s time to take action.

According to his website, “NUD is the international day when all Facebook users shall protect the sacred nature of friendship by cutting out any ‘friend fat’ on their pages occupied by people who are not truly their friends. Get ready to unfriend!”

Kimmel notes on the site that you should unfriend someone if: you wouldn’t loan them 50 dollars, invite them to your birthday party, or cry if they got hit by a bus. With 910 friends of my own on my Facebook page, I got to thinking that it is certainly time to “cut the friend fat”. I sure as hell don’t have 910 friends in real-life, so why should I have them on the internet? If you are having trouble saying goodbye to all your virtual friends, take some advice from me and unfriend the following people.

After a break-up, the thing that helps you get over someone the quickest (besides sleeping with someone new) is space, and nowadays, space includes Facebook. If you don’t unfriend your ex, you will be tortured by their profile. If your girlfriend or boyfriend broke up with you, then you will wallow over the pictures of the two of you together in happier times, and get pissed at every new post on their wall by someone of the opposite sex.

It usually goes a little something like this: “WTF, who the hell is Courtney? Why the hell is she posting wink faces on his page! Who even uses smiley faces anymore? I wonder if she’s poking him now, too. Oh god and her picture is her in a bikini with the kissy face, she’s a slut. I’m gonna kill that lying bastard.”

These are the obvious people to unfriend if you’re doing a little Facebook cleanse. When Facebook first started and people were asking to be your friend, it was great. The more the merrier, right? But now, with over 1,500 friends, it’s a little exhausting. Your newsfeed is clogged, and you don’t give a damn what Steven in Croatia thinks of your pictures from Halloween. Time to unfriend the creeps who have AIM screenames like “hard4u69”, and comment “nice rack” on the pictures tagged of you from spring break.

Unfriend On Facebook: Guy From Class Who You Friended For a Project 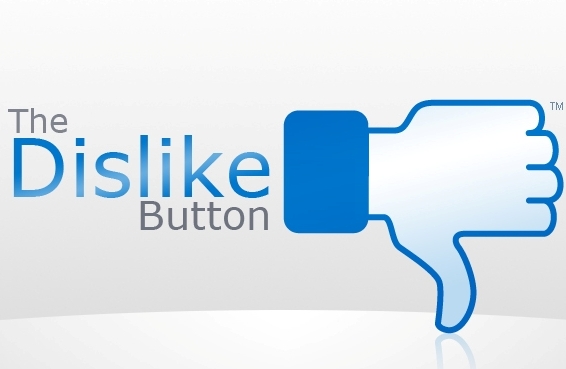 It’s a 500 person class, you don’t know anyone because you sleep in more often than show up, and you find out you have to do a group project. This sucks, and usually results in feeling like you just got picked last for dodge ball. So out of sheer panic, you decide to ask the ginger who chews on his pen the whole class to partner up. Turns out, the project is going to need a lot of work outside of class, so instead of exchanging numbers, you tell him to Facebook you. He facebooks you, you finish the project, and you thought that was the end of it. Turns out, the kid doesn’t have many other friends and wants to hang out and talk about things other than the Middle East’s media system. He’s constantly writing on your wall, liking your statuses, and commenting on your pictures that “your friends are hot and I want to meet them and partaaaay!!!”. To get this kid off your wall and out of your life, it’s as simple as a click of the mouse. Unfriend.

These chicks are friends of your boyfriend’s ex, friends of the guy’s girlfriend that you accidentally slept with, and friends of your new boyfriend’s who want to get the run-down on you. Some girls are smarter about it than others, creating fake Facebook accounts to reel you in or asking close friends who have no connection to you, to friend you for them. There are no limits as to how far a girl can go Facebook stalking. And now with the whole “See Friendship” page on Facebook, stalking can be taken to another level. You can bet you ass that if you have pictures of you at your senior prom and you were 10 lbs. heavier, that girl is laughing at you behind your back. So ladies, if you have any suspicious girls hanging out on your friend list, unfriend them now. 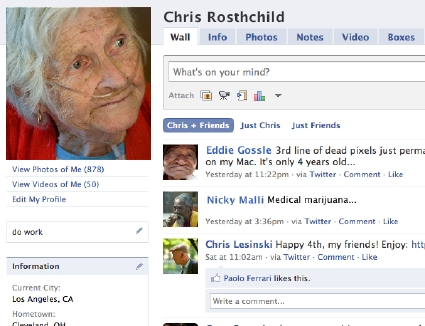 Facebook started out as a cool, exclusive thing for just college students and then expanded to high schools, and now it has expanded to your grandma. She can’t use figure out how to use a can opener, and she can’t find her glasses if you paid her a million bucks, but she has her own Facebook page. I think there should be a rule, if you are born prior to 1930, you are too old to be on social networking sites. You used to have to worry about drunk facebooking the hot guy you met in your stat class, not your 85-year-old angel of a grandmother. It’s bad enough logging onto your Facebook and seeing you changed your status to “S0o0oooo Drun45k too muhch Jim Beamie”. But it’s even worse when you see your grandma has commented on it saying “honey, you drink too much. please switch to juice next time!”. Old people can be so embarrassing. 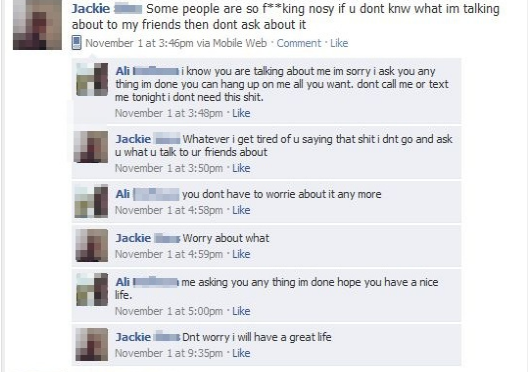 These people are the worst. They update their status constantly, and not just small updates like “at the Pens game” or “Jersey Shore tonight”. They update with long paragraphs about the trouble they’re having at school, how they hate their parents, how their car broke down, etc. etc. Here’s a news flash: no one cares. If you need to resort to your Facebook wall for support from your friends, then you clearly don’t have that many good friends. People go on Facebook to untag drunken pictures of themselves and see who’s dating who, not to analyze why your boyfriend cheated on you. Find a therapist, or use twitter instead because I can’t be bothered with your status update bullshit.

Ninel Conde Will Brighten Up Your Tuesday …..(Brosome)

Facebook Can Now Predict When You’re Getting Dumped …..(BroBible)

Men: You Will Think This is the Best Action Scene Ever …..(Double Viking)

You Know You’re in San Fran When You’re Smoking Weed …..(Banned in Hollywood)

Coaches vs. Cancer: More Than an Elite Basketball Tournament