Peyton Manning: The Pinnacle Of Class 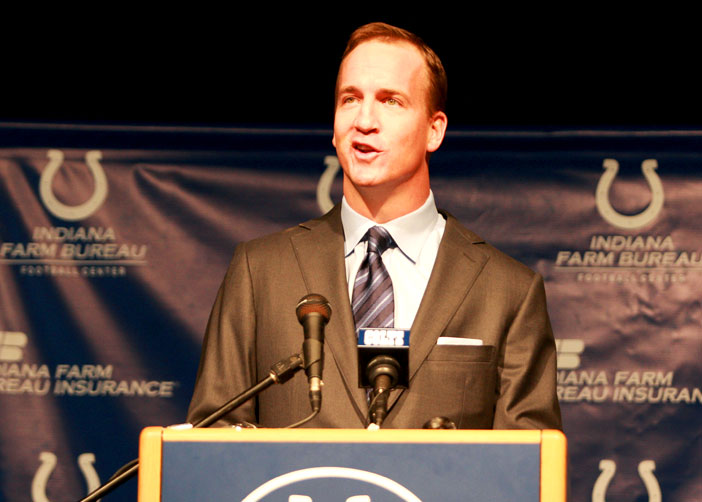 In case you haven’t heard, and we’re guessing you have, Peyton Manning, one of the most celebrated quarterbacks in history, was released from the Indianapolis Colts this morning. The team he has played for his entire career, and the team he won a Super Bowl with. Watching Peyton’s press conference hammered in one consistent truth: Peyton Manning is one classy dude.

The sweepstakes for which team lands the sure hall-of-famer begins tomorrow at the latest, and there’s no telling where he will end up. At his age, he still commands a ton of money, despite the fact that one well-executed Ray Lewis sack could effectively end his career. The Saints might even put a bounty on him (too soon?). For now though, let’s sit back and watch the man speak about what is undoubtedly one of the saddest events of his life. Peyton Manning remains the ultimate portrait of class and etiquette in modern sports. Roethlisberger, Cutler and the bunch should be taking notes.

“What’s In The Case?” Parties To Launch Nationwide