Who needs to shave points when you have this waiting in your dorm room every night? 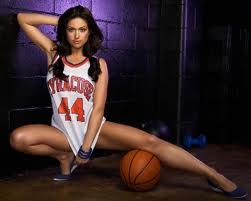 Rumors have been circulating the internet regarding potential point shaving by the Syracuse University Men’s Basketball team. The story was originally posted on the poker website, POCKETFIVES.com. WYNN’s Andy Adamson reported that Syracuse basketball players Scoop Jardine, Dion Waiters and James Southerland are involved in a point shaving scandal at Cuse.  He then proceeded to post the rumors on his twitter and facebook accounts. The team won their first 18 games this season and have since dropped four straight, two to unranked opponents. Despite the overall strong start, the Orange are a dismal 7-13 against the point spread.

It should be noted that Dion Waiters did not play in Syracuse’s last game, his first DNP of the season. Waiters was a 42 percent shooter prior to this four-game stretch, and he had only topped seven shots in a game once, during a hot-shooting 5-for-8 effort against Iona. In his last four games, Waiters was shooting 16 percent, including his season highs for shot attempts for his career. Waiters’ career high had been four three-point attempts in a game. Waiters averaged four three-point attempts per game over this stretch. James Southerland also sat out Syracuse’s last game, after averaging approximately 20 mpg during the Big East season. Southerland, a frontcout rebounder, grabbed only three rebounds during this suspect stretch. This is lower than his per-game average on the boards entering this stretch, and well below the eight boards he grabbed in the game immediately prior to this stretch. Also of great interest is Scoop Jardine’s shooting over this four-game stretch. Jardine was shooting 44 percent entering this four-game stretch. During the four games, Jardine has gone 14-for-43 (32 percent). Coincidence? – Bleacher Report

While this is undoubtedly an anomaly, it is simply that.  Things happen in sports all the time that shock even the most avid fans.  The New York Giants winning Super Bowl XLII against the 18-0 New England Patriots as 12 point underdogs. Butler Men’s Basketball reaching the Finals of the NCAA Tournament last year and coming within a last second half court heave of winning the title. FIU baseball player Garrett Wittles current 56 game hitting streak, 2 away from tying Robin Ventura’s all-time record. Manhattan College’s Michael Alvarado hit a shot from 70 feet to defeat Marist at the last second just three days ago. I could go on and on but the point is that I have learned over the years of watching sports every day that these things just happen. It is why we love to watch. Scoop Jardine, one of the players specifically targeted took to his twitter account in defense of his team.

Bottom line, no team of coach Jim Boeheim is shaving points. Back off or before you know it the boys in Orange may just come out like the team that won 18 STRAIGHT GAMES to start the season.

Hmmm, maybe the media should keep this up. 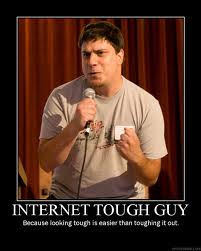 Andy Adamson has since removed the postings from his social networking accounts, proving that he is not only a sensationalist but a coward as well.