A Day in Prague Versus A Day in Manhattan

Everyone knows New York City is one of the most expensive places to spend a day on the east coast. So if you’re going to plan a day and night out in a different city while abroad, comparing activities and prices with that of Manhattan would be your best way to determine how much money you should expect to spend. 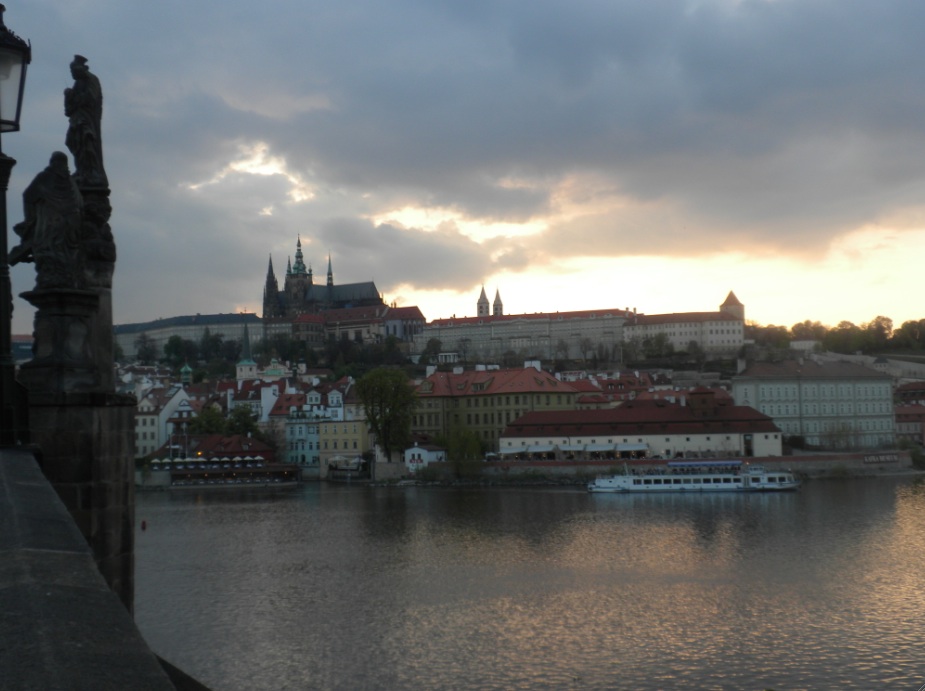 Let’s not forget conversion rates already make everything overseas more expensive than anything you would do in the states. American dollars usually hold less value than other currencies, like euros, for example. It sucks, but you would need quite a bit more than one American dollar to equal one euro. Luckily, this is not the case for a city like Prague since American dollars are worth more than Crowns in the Czech Republic. Now let’s compare a day in Prague versus a day in Manhattan.

Let’s plan out a sample itinerary for your full Saturday in Manhattan, since sometimes weekend prices can be different. Be weary of where you spend your money though, there’s a lot to do and see!

How about we start with breakfast at Sarabeth’s Kitchen? For about $15, you can eat some awesome eggs or pastries accompanied by a homemade juice that combines apple, pineapple, orange, and other fruits. It’s kind of  like a smoothie.

Now let’s walk to Times Square to visit  Madame Tussaud’s Wax Museum. A ticket to enter costs $35.50, but it is well worth your money. Once inside, you’ve enters a world of wax celebrities, ranging from “I Love Lucy” characters to Brad Pitt to Oprah. Take some pictures and trick your friends. 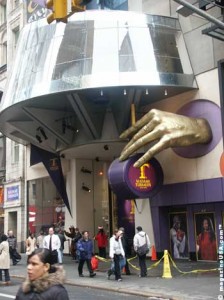 Going from Times Square to our next destination can get tricky, and tiring if you’re walking. Each subway ride costs $2.25 while a cab costs a minimum of $5.

Now on to “Jeckyl and Hyde” in Greenwich Village. It may be slightly expensive since you’re looking at about $40 in drinks, but the meal brings spooky entertainment. The theme of the restaurant is horror, so it’s more about the experience than the food, though the pub-style food can be tasty, too.

For digestion purposes, and for a scenic walk, trek around Central Park. You don’t have to pay a dime, and you never know what entertainment you’ll get with people watching. Children are playing, interesting characters roaming about…perfect place for an afternoon picnic. 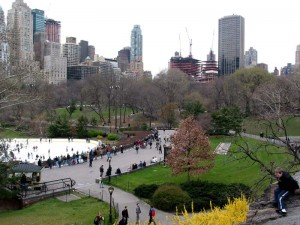 A small dinner after those two big meals will probably be best. I recommend just getting a hot dog from a Central Park vendor. They’re cheap, and you’re living the New York tradition. Chase it with a New York pretzel for the full experience.

For an amazing night out, 235 Fifth Rooftop Bar and Club is where to go. Although it’s very pricey, you’ll have the view of Manhattan surrounding you. It’s also a club, so it’s something you can spend hours dancing at. I’d recommend pregaming, just to cut some of the costs on alcohol.

So this is a pretty expensive day…but every penny would be worth it. I’ve been to all of these places and I guarantee they’re awesome and well worth the dime if you’ve got some to spare.

So now, let’s move across the Atlantic and over to Prague in Czech Republic. You’re guaranteed some lovely architecture, but try not to visit during the summer. During the summer, it’s mainly tourists and hardly any locals.

I’ve researched a similar day in Prague, but you can get even more for your money because of the currency exchange rate. In Prague, the common currency is Koruna, or, the Crown, symbolized as CZK. Right now, one USD (United States dollar) is equivalent to about 18.17 CZK. Wow, talk about awesome. 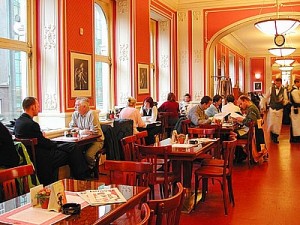 After researching good places to eat in Prague, a breakfast favorite seems to be Cafe Louvre. Most dishes on the menu are about 175 CZK (about 10 USD), and include American dishes like eggs and biscuits.

The Old Town Square is where most tourists tend to go. The Astronomical Clock is a must-see due to its history. It’s difficult to tell the time since it’s made of 3 parts: the astronomical dial representing the Sun and Moon, Apostle figures, and a calendar dial. It’s free to walk around this historical square. 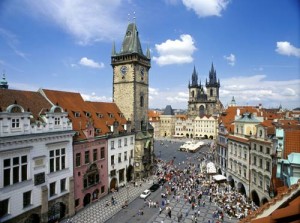 For lunch, Resto Cafe Patio is less expensive and has received good reviews. Most dishes are around 355.50 CZK (20 USD), but keep in mind, lunches in Europe are the main meals. The menu offers a bit of everything with an emphasis on seafood. The restaurant’s interior is quaint and uniquely European.

All public transportation in Prague is 18 CZK per ride (or close to 1USD). Pretty sweet deal!

Prague is also known for its nightlife since the Czechs apparently know how to party. One of the best and most well-known clubs is the Korlovy Lazne. You’ll spend about 100 CZK (5.50 USD), way cheaper than what you’d spend in Manhattan. Locals and tourists alike attend, so you can get the real Czech experience.

Clearly, the best part about Prague besides the great sites, gorgeous architecture, and wild nightlife, is that awesome exchange rate. While in other parts of Europe you will probably have to just double what you would normally spend, you will wind up paying even less in Czech. So party it up, and get to Prague on your next trip…as long as it’s not during the summer, like I said before.

Spittin’ Game in 140 Characters or Less