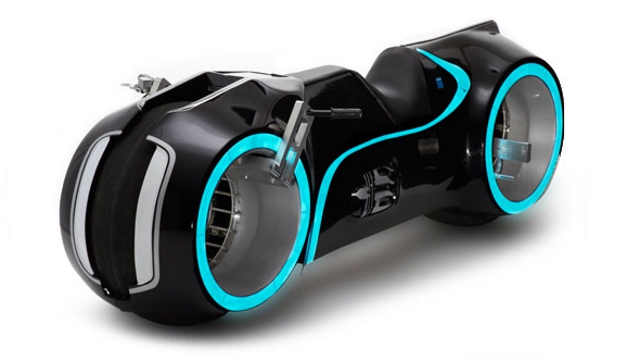 You might remember a while back we posted a video of an actual Tron Light Cycle in action, and it was awesome. Turns out they weren’t kidding, and now you can actually buy one of these completely electric bikes, called the Xenon and built by Evolve Motorcycle. Anyone got an extra 55 grand sitting around? 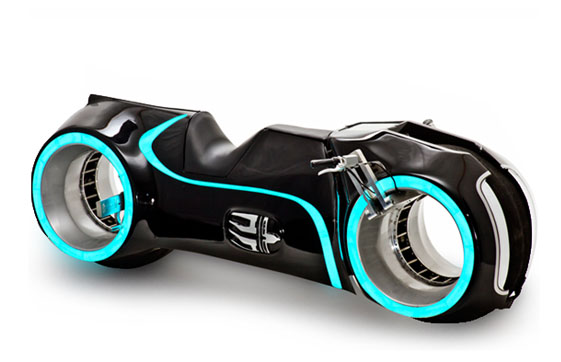 The cycle, launched at the Milan International Motorcycle Show over the weekend,  is powered by a 40,000 watt motor that runs on custom lithium-ion batteries, so yes, you have to plug it into your wall just like all your other electronics. It only takes 3 hours to charge, and averages a 30 mile range (the company says a responsible driver can make that charge last 100 miles though). But wait, you thought this was gonna be all about gay environmentally friendly stuff? You’re horribly wrong: this bike can get up to 100 mph, which means that you can be badass, green, and “that guy with the Tron Light Cycle.” 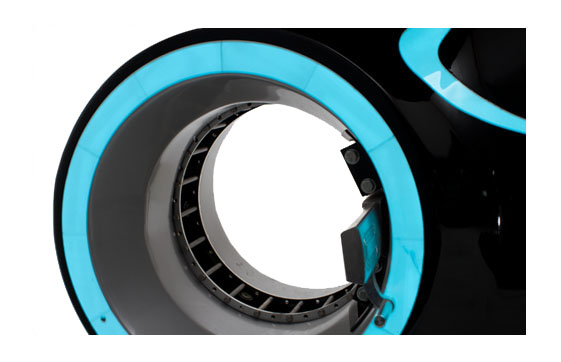 The bike’s blue glow is made possible thanks to OLED light tape. I have no idea what that is or how it works (I assume black magic), but I like it. The cycle is based on the Parker Brothers’ Choppers version we posted a few months ago, except that this one is actually commercially available for purchase. So fudge a college degree: take your loans and put them towards something that’s actually useful.