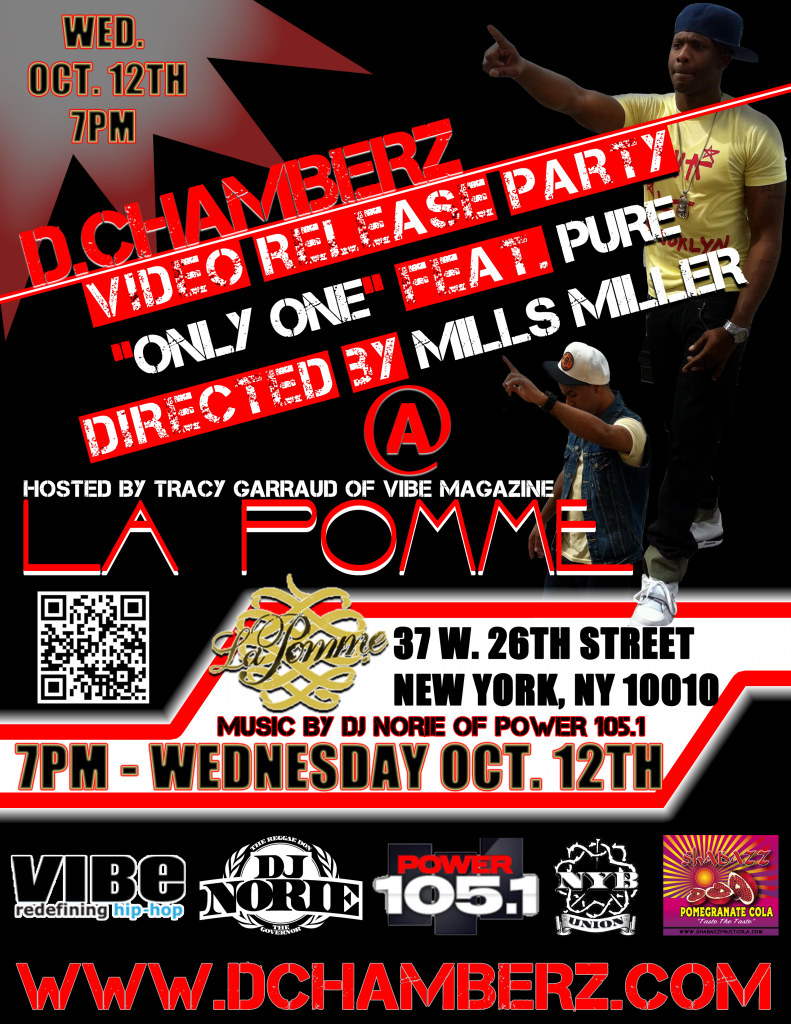 Biggie, Jay-Z, Mos Def and now D. Chamberz, Brooklyn’s newest Rapper is rising up the charts. Chamberz’s much anticipated and brand new video for “Only One” will finally be released this Wednesday at a release party being thrown by Chamberz and crew. The video features Pure and is directed by Mills Miller and the premiere will go down at La Pomme in NYC.

There were rumors earlier this year of a D. Chamberz statue being erected in his hometown, Coney Island and Chamberz is deifnitely making a case for that honor with new tracks, new videos, and a social media explosion. After the release of “Only One” this week, Chamberz plans on releasing a video for “Holla @ Ya Boy” featuring Fred the Godson and Jadakiss as early as next month.

The event is being hosted by Tracy Garraud of Vibe Magazine and will start at 8PM on Wednesday night. The video will air at 9:00 and the party wont stop until midnight, with music by Power 105.1’s DJ Norie and gift bags for all in attendance courtesy of Vibe Magazine. Make sure to RSVP (events@thelegionmediagroup.com) and check out DChamberz.com for more details. Get ready, Socialites. It’s gonna be huge.